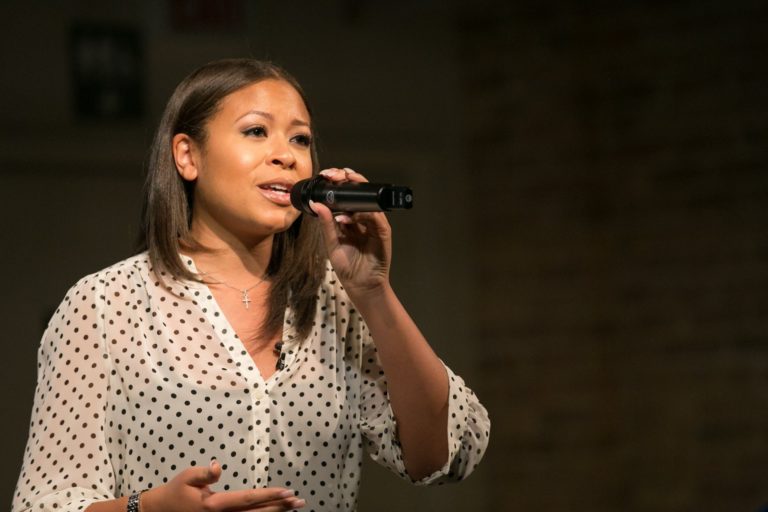 A year before she was hitting the high notes on national television, Felicia Temple was feeling low.

“I didn’t really know what was going on with me, but I knew I didn’t feel quite right,” says the 28-year-old singer and former contestant on NBC’s hit show, The Voice. “I was searching to figure out what exactly was wrong with me.”

As a perioperative nurse, Temple knows the ins-and-outs of successfully navigating the medical system. Perhaps more valuable than her medical training, Temple also developed a strong and forceful patient voice. She describes it as “the courage to speak up when the answers weren’t quite right, or forthcoming.”

“I became inducted as a zebra – that is what patients in the GEPNETS community call each other because it’s rare and elusive,” Temple shared prior to her performance at Patients Rising’s Voices of Value Spotlight on Rare Cancers, Orphan Drugs and Why Patients Need AIR. “After quite a bit of a journey, I was lucky enough to find a path to treatment.”

Not all patients living with rare diseases are as lucky in obtaining the right diagnosis – right away. Even fewer rare disease patients have immediate access to a cure or life-saving treatment.

In an effort to give voice to the unique challenges and needs of the rare disease community, Patients Rising hosted a patient advocacy event at PianoForte in Chicago. The forum kicked off the organization’s national initiative, “Patients Need AIR,” to address the importance of access, innovation and policy reforms for patients living with rare diseases.

“The voice of the rare disease community must be heard,” said Jonathan Wilcox, co-founder and policy director at Patients Rising. “Their pulse must be felt. Their names must be known.”

The patient journey for those living with rare diseases often begins with the difficult task of getting the right diagnosis. Due to their infrequency, rare diseases can be hard to spot for even the best-trained physicians. Patients typically go through a phase of trial-and-error as their medical provider works through a process of elimination to exclude more common diseases. 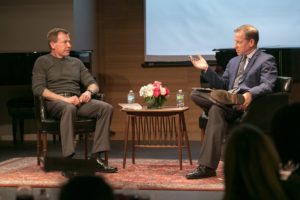 Dr. Mark Thornton, a clinical pharmacologist and co-founder of the Sarcoma Foundation of America, says that a successful diagnosis is almost immediately followed by fear.

Nearly thirty years ago, Dr. Thornton experienced this information deficit firsthand, when his three-year-old son, Jeffrey, was diagnosed with a small sarcoma on his tongue.

“I’m a physician, and I had forgotten from med school what the heck sarcoma was,” he recalls. “He had a rare subtype, so it was very tough to figure out what to do.”

Patients living with rare diseases insist that innovation is paramount. Of more than 7,000 rare diseases, only 5 percent have treatments. Far fewer have cures.

Paul Melmeyer, the director of federal policy at the National Organization for Rare Disorders, says that an overwhelming majority of rare disease treatments – as many as 600 orphan drugs – have been developed since passage of the Orphan Drug Act of 1983.

“Over the last 35 years, we have seen an incredible increase in the development of orphan drugs,” he explains. “That is largely due, perhaps solely to the incentives that are within the Orphan Drug Act.”

The Orphan Drug Act has accelerated progress in the fight against rare cancers by providing companies with a financial incentive to research treatments for diseases that had largely been ignored. A key provision of landmark patient-centered law provides a tax credit for investments in research and development.

“Those in the private sector, there is no financial incentive really for them to investigate those diseases,” Melmeyer points out. “That’s where the incentives that are included within the Orphan Drug Act are so, so important.”

Despite the undisputed success of the landmark law, the Orphan Drug Act faces criticism from insurance companies and care-cutting bureaucracies, which are looking to implement cost controls in health care.

One of the most vocal care-cutting entities, the insurance industry-backed, Institute for Clinical and Economic Review, considers rare disease patients too costly to treat. Earlier this year, ICER hosted a summit on ways to restrict patients’ access to rare disease treatments due to the cost.

“The opportunity cost of supporting the use of ultra orphan drugs necessitates that patients with a more common disease to which a cost effective treatment is available are denied treatment,” ICER states in its briefing paper on rare diseases and orphan drugs.

Quick to attack rare disease patients, ICER conveniently excludes any reference to the soaring insurance industry profits, one of the single greatest contributing factors to the increase in health care spending.

A March 2017 investigation by the New York Times revealed that insurance giant UnitedHealth has returned 480 percent for its shareholders since March 2010. In 2016, the top five executives at insurance giant Humana received a whopping $39.8 million in total compensation. Executives at the Health Care Service Corp., the Blue Cross and Blue Shield insurer in five states, received $56.7 million in 2015.

Although ICER lacks any legal authority to regulate medical decisions, insurance companies use ICER’s recommendations to justify coverage denials and other barriers to access. Stacey Worthy, executive director of the Aimed Alliance, warns that ICER’s calculations are especially dangerous for rare disease patients that can never achieve the same economies of scale.

“If the same formula is used basically, people with rare conditions won’t have access to their treatments,” Worthy cautions. “When you have a rare disease, we’re seeing less coverage just based on cost alone.”

Why Pick on Rare Disease Patients?

Dr. Bob Goldberg, vice-president of the Center of Medicine in Public Interest, objects to ICER’s premise. He argues that investments in medical innovation always pay back dividends in both financial terms and improved quality of life.

“Why do they pick on rare diseases?” Dr. Goldberg asks. “They use this moral position to make people with rare diseases feel guilty about the fact that they have as much right to stay alive and hope as anyone else.”

How can patients with rare diseases fight back against ICER’s cost-cutting formulas?

A veteran of rare disease patient advocacy, Dr. Thornton of the Sarcoma Foundation of America believes that patients and their families must be vocal in standing up for patients’ needs. He draws parallels to the early AIDS activists, who forced the Food and Drug Administration to speed up the approval process for new treatments.

“I remember my first years, and the AIDS activists were not appreciated with the FDA,” he says. “They didn’t care. They just yelled louder, and it worked.”

Watch: Voices of Value: Spotlight on Rare Diseases and the Orphan Drug Act