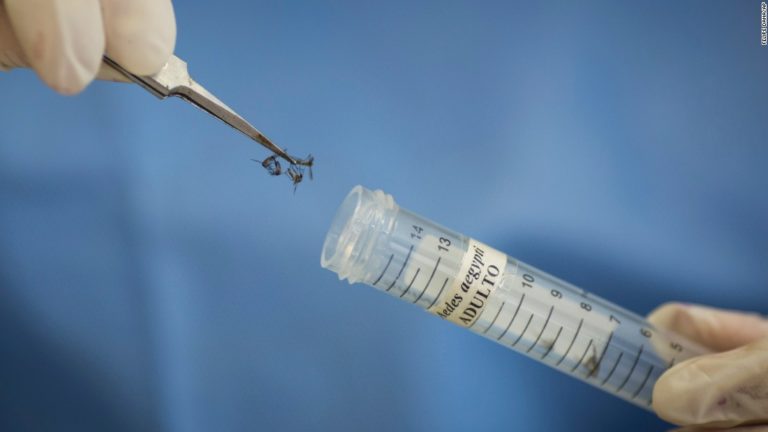 Last week, U.S. Health and Human Services said that the Zika virus outbreak in Puerto Rico represents a “significant threat” to the public health. Thus far, according to Time, more than 6,000 patients have been infected with Zika virus in Puerto Rico, including more than 500 pregnant women.

The disease isn’t isolated to U.S. island territories. Health officials in Florida said that mosquitos are actively transmitting the virus throughout the continental United States, with two dozen cases in Florida.

Fortune reports that health officials have now found evidence of Zika virus in Miami Beach — causing concern that “one of the world’s most popular tourist destinations” would further spread the disease even further across the globe.

As Zika spreads throughout the U.S., researchers are finding more about the long-term effects of ZIka virus.

Previously, Zika virus’ greatest known effects centered on developing fetuses. It’s now believed that Zika virus “may cause long-term damage to the memory which mirrors the effects of Alzheimer’s disease,” according to a new study from The Rockefeller University and La Jolla Institute for Allergy and Immunology.

“Zika can clearly enter the brain of adults and can wreak havoc,” says Sujan Shresta, a professor at the La Jolla Institute of Allergy and Immunology. “But it’s a complex disease — it’s catastrophic for early brain development, yet the majority of adults who are infected with Zika rarely show detectable symptoms. Its effect on the adult brain may be more subtle, and now we know what to look for.”

Meanwhile, researchers at Yale are discovering more about how Zika virus infects the placenta.

Want to help the development of a Zika vaccine?

Researchers are seeking patients to voluntarily be injected with the virus in order to help find a vaccine.

“It may sound bizarre, but researchers are planning just such a study — this winter, when mosquitoes aren’t biting — to help speed development of much-needed Zika vaccines,” reports CBS News. “If government regulators agree, researchers could find out by injecting paid volunteers with different amounts of lab-grown Zika virus as early as December in a Baltimore hospital. That information will help the researchers later, when they’re ready to test an experimental Zika vaccine.”

“We’re looking at these human challenge protocols not only as an important step in vaccine development but as a means to learn more about Zika,” said Dr. Anna Durbin of Johns Hopkins Bloomberg School of Public Health, who is leading the work. “We can look at things that you just can’t do in someone who’s naturally infected.”

“It is time Congress rethinks its strategy, because our current one isn’t working,” U.S. Senator Bill Cassidy says of Congress’ lackluster response to funding research into the development a Zika virus vaccine.

In a piece for U.S. News and World Report, Cassidy makes the case for bipartisan legislation that would change how Congress responds to public health crises. Cassidy has co-authored legislation with U.S. Senator Brian Schatz, Democrat of Hawaii, that would create a permanent, emergency fund for public health emergencies.

“As a senator representing a Gulf State that is at a high risk for Zika outbreak, and as a doctor who has worked in public health for nearly 30 years, I am highly aware of the importance of our response,” Senator Cassidy writes. “It is time we stop playing politics with the well-being of American citizens and pass funding to combat Zika.”