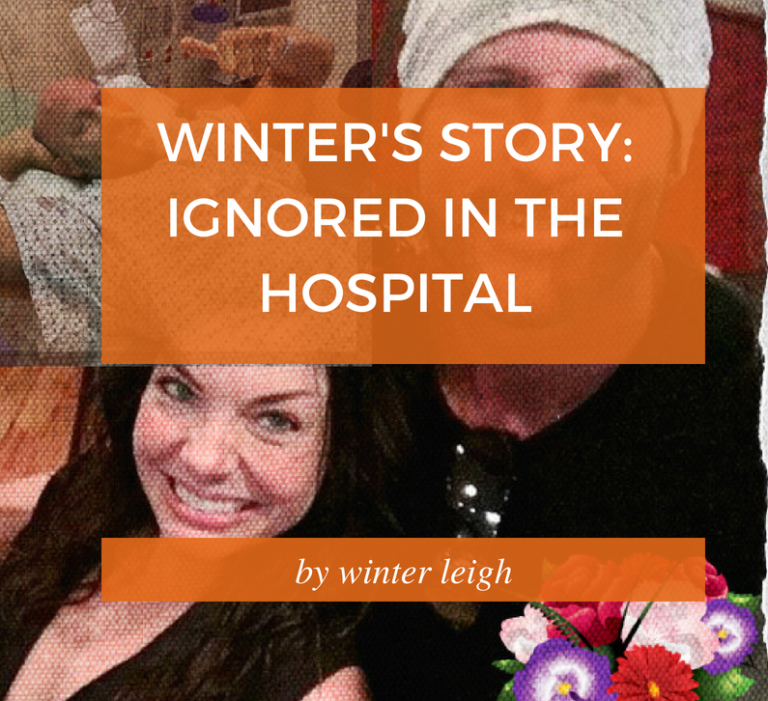 It was straight out of a meet cute in a romantic comedy. He stunned me with his presence as he was taking his seat across the aisle from mine on the plane. I was transfixed. He was massive, all sorts bulging muscles and veins cocooned neatly in athleisure wear. He wore confidence and a smile as if it was his job. Turns out, it was. He’s a pro physique body builder and coach named John who, in millennial speak, is “Instafamous”. I learned all this and more when seats 34D and 34C became the setting of our first date.

That moment jump started a romance that would become much more real than either of us could have known. 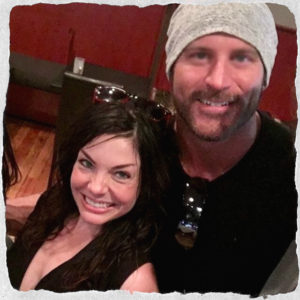 Fast forward a few months – our bliss was put to the test, in a very literal sense. He complained of pain in his side while he was away on vacation at his parent’s house. He called me. We chalked it up to gas and decided he should watch it carefully. Within 24 hours he was in the ER having his first health scare and his first surgery – removal of his appendix. The emergency appendectomy was a clean, textbook procedure that should have ended this health scare but instead, was only the beginning.

BACK TO THE ER

The day after he was released from this surgery, I drove him back home and almost immediately to another emergency room. John was doubled over, in agony. They ran bloodwork and booked him under observation as they weren’t yet sure of their next course of action.

I didn’t want to leave his side. I moved into his room to stay next to his hospital bed. His barrage of nurses and I became quick friends. Those nurses were so helpful and vigilant despite their already taxing job. Once formally admitted, we waited over a day without so much as a drop-in by any doctor. No tests, no word; just him there being pumped with fluids and filled with pain.

Frustrated by this evident inattention, I requested a visit with an on call attending, STAT. Dr. Ryan of Reston Hospital Center sent word of his impending visit. He never showed. Not a word of explanation. No one showed. Tired of being ignored and out of options, I quickly went from being his ice-chip-feeding-cheerleader, to a livid patient advocate.

My first move was to do what any grown woman would do, I called his mother. She made calls to Reston hospital’s administration and in tandem we began to ensure John would not be disregarded another minute. We received a visit from hospital representative who told us that “this was very uncustomary” and would “be remedied sooner rather than later.” While appreciated, it didn’t change that he was waiting in vain and in pain.

IGNORED IN THE HOSPITAL WITH A TUBE UP HIS NOSE 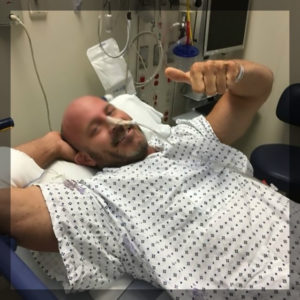 When the surgeon and nurse practitioner finally did visit with him, we were told that he needed additional CT scans and x-rays. In addition, he would need a tube down his throat to relieve some of the multitude of problems his lower bowel was hiding. Armed with this new information and begging for relief from the distention, pain and pressure in his abdomen, he decided to endure the nasogastric tube. He was told it wouldn’t be easy to insert but the results would be worth the discomfort. After its tricky insertion up his nose and down his throat to his stomach, we waited.

COMMUNICATION FAILURE and A PAT ON THE HEAD

Nothing happened. No relief. Moreover, a CT scan with contrast fluid was ordered. They injected the dye then were supposed to wheel his bed to the room to administer the test. Two hours later, no one had showed up to take him and the dye was being eliminated by his body. I went to the nurse’s station where I found the transporter who was there picking up another patient. He knew nothing about us waiting for transport. I pleaded with him to make a call and pick him up as soon as possible so we could get through this process and get him some modicum of relief. He was kind enough to oblige me.

Later, I was again “handled” by a hospital administrator who said the wait was a “customary time slot issue” and “not to be alarmed”.

A WEEK, THEN TWO MORE – STILL NO PLAN

After a week repeating similar situations and procedures he was discharged with no plan. He had a “bowel obstruction” of some sort that would ‘take its time to remove itself’. We stumbled back into the light of the real world, relieved to be free from our makeshift home at the hospital.

Two weeks and two GI visits later, our plight is unchanged. His pain and pressure waxes and wanes like the moon and we still don’t have solid answers in terms of his health.

THE EFFECT ON OUR RELATIONSHIP

Despite all this misery, we as a couple have transformed from two starry-eyed people into a single, well-oiled machine. We discovered that we could be in the same small room day and night and we didn’t drive each other bonkers; we didn’t much like visitors and preferred being alone just the two of us. I’ve learned that I will stick by his side no matter what and be his voice when he has none. He knows that he will bounce back from this with a vengeance when it is time. I know I have a good man, one that has chosen me to be by his (painful) side – better or worse. It means a lot because I know it could have easily gone the other way and fallen apart.

This situation catapulted us into advanced relationshipping. Our dance has morphed from playful and cautious to sincere and trusting. His preparation for physique shows used to be at the forefront of our relationship. Now his fluctuating health has become the focus of our existence. We’ve discovered first hand that good health is taken for granted until it goes away. That loss affects us as individuals and as part of a unit.

Relationships often suffer when attention and care is replaced with illness. We didn’t know romance would have to compete with his failing health. But we continue to beat the odds. Like any other relationship, we can’t know what the future holds for us, but we’re holding onto each other especially tight.

Well, not too tight because it still hurts him 😉

Winter Leigh spends her time proving life doesn’t have to be conventional to be right. Her upbringing could be described as Mowgli from the Jungle Book. She grew into a God fearing, animal loving, conservative hippy who religiously practices hot yoga and modeling, prefers her birthday suit and excess amounts of sour cream, and insists on driving a manual transmission. Winter earned a degree in history and social science from Eastern Mennonite University and works in the aviation industry. She is a native of Virginia where she loves being near her close friends and her equally charming boyfriend. 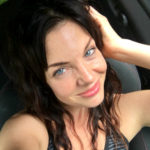