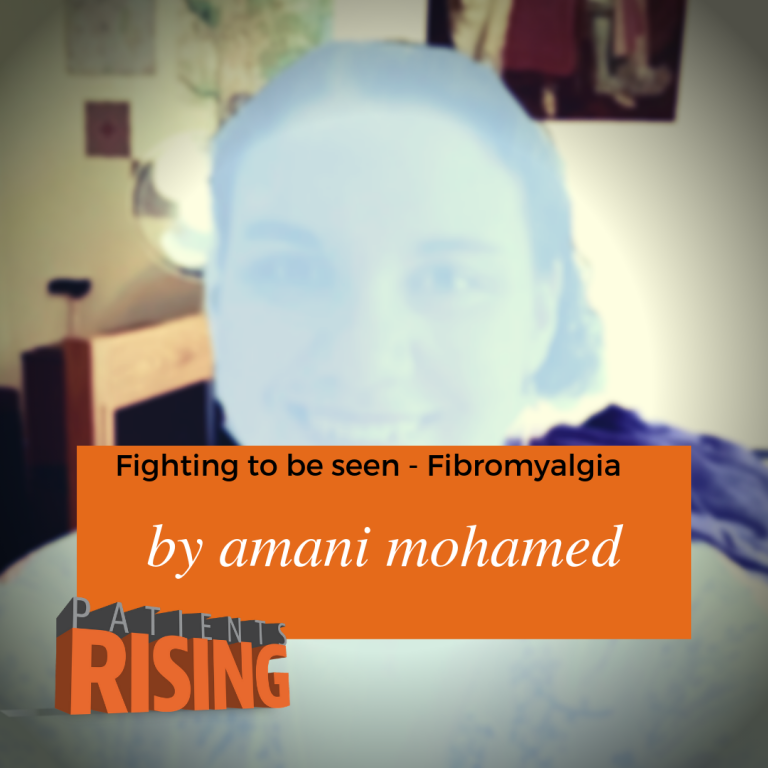 On paper, I am a perfectly healthy 22-year-old woman. But I have an invisible illness – Fibromyalgia.

The lower back pain which started as a seemingly harmless urinary tract infection in February went unresolved despite antibiotics. The pain spread to my legs, arms, feet, hands, neck, and eventually my head. My joints burned and ached with even the slightest activity and constantly cracked. If I walked more than ten minutes, my legs tingled then went numb. There was a click in my jaw. My chest burned when I tried to take a deep breath. I could sleep twelve hours and still be exhausted. My once-sharp brain couldn’t handle work for more than an hour at a time. I had trouble articulating complex thoughts. My vision would go hazy and I would have symptoms of dissociating. I was always cold, even in 100-degree weather. Every blood test, every scan, and even a two-hour MRI came back showing a body that should have been functioning perfectly.

This is what life is like living with an invisible and little understood disease like Fibromyalgia. Every moment of my life – both waking and sleeping – is mired in feeling unwell. However, I look healthy and according to all objective, clinical measures, I should be.

SEE NO EVIL, TREAT NO EVIL

Getting admitted into the hospital was a trial because of my apparent good health.

I went to the ER once because I had a headache so bad I was having double vision among a myriad of other symptoms. Even after being told I could only be given temporary pain meds – which I never asked for – and after being told that I was not sick enough to be admitted, I continued to have faith that the doctors would help me. It was only after my mother threatened to sue the hospital that the ER doctor agreed to admit me. As an inpatient, the doctors performed several tests, including that awful two-hour MRI, to try to figure out what was wrong with me.

Every time a test came back negative, I was both relieved and frustrated. “OK,” I’d think, “I don’t have a brain tumor, MS, Lupus, or arthritis – so what’s wrong with me?” Over and over again, my doctors would say those infamous words: “But you don’t look sick!” The neurologist and rheumatologist recognized my symptoms but nothing on my tests supported a diagnosis. After promising the psychiatrist that I was not depressed or suicidal when I got sick (I was in the middle of fulfilling my dream of studying at Oxford and traveling to Ireland when all this started), I was given the diagnosis “Fibromyalgia.”

I was, and still am ambivalent about giving this name to what I am experiencing. Yes, I do fulfill the criteria:

I’m a poster child for Fibromyalgia! Unfortunately, beyond these vague symptoms, no one really knows what Fibromyalgia is.

The American College of Rheumatology is clear about what Fibromyalgia is not:

It is probably a disease of the brain and the spinal chord.

The fact that it is triggered by a stress event on the body, whether physiological or psychological, indicates that it is possibly a central pain amplification disorder, meaning the volume of pain sensation in the brain is out of whack.

However, none of this is certain, especially as Fibromyalgia patients experience a host of other symptoms relating to other bodily functions and systems.

CAN WE DEFINE IT BETTER?

One list I found put the number of potential Fibromyalgia symptoms at 251. I counted up to 115 that I was experiencing at various times, depending on the day and the severity of the symptoms. It gave me a full picture of how every aspect of my life has been affected by my illness.

“Chronic widespread pain and fatigue,” is a phrase you see over and over again when researching Fibromyalgia, but it only scratches the surface. My digestive system is constantly in flux, with foods seemingly randomly disagreeing with me. My periods, already generally unpleasant due to polycystic ovary syndrome (PCOS), are now torturous experiences. I periodically lose my voice due to throat pain. Even breathing can hurt, as my inflamed rib cage makes the expansion of my lungs a painful process.

A STRUGGLE NO ONE CAN SEE

All this is happening to a body that does not look sick. I feel like I’m living a double life. To my teachers and many of my friends, even those who know about my diagnosis, I’m healthy. I come to class every day, upbeat, dressed nice, ready to do work. They cannot see the brace I wear to keep my back pain at bay, holding me up like a marionette. They do not see me, at the end of the day, barely able to make it to my bed. To them, Fibromyalgia must not be that bad, since I can function like a well person. They do not know that every day is a struggle against my own body for control over my life.

It often feels like I have two full time jobs. Amani the college student, and also Amani the Fibromyalgia patient. When every action I might take could lead to a flare, I must carefully weigh each and every movement on its relative cost and effects, all the while reading and researching potential ways that I might better manage my symptoms. So far, two treatments, Duloxetine for nerve pain and Melatonin for sleep, have been marginally helpful. But I still have a long road of trial and error ahead of me.

Amani Mohamed is a senior at Columbia University studying history. She grew up travelling between Egypt and 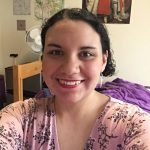 Brooklyn, creating lifelong interests in mummies and amusement parks. Amani is currently working to build up the Alliance for Students with Chronic Illnesses, which is aiming to provide support and advocacy for the chronically ill community at Columbia. She plans on becoming a public-school teacher after graduation.