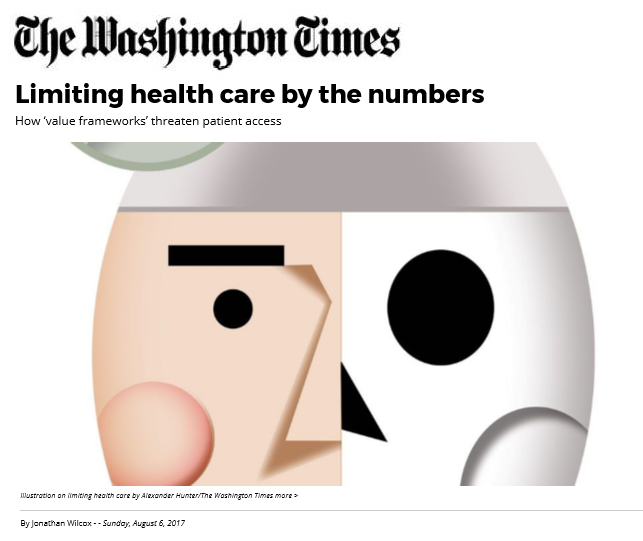 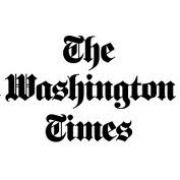 When Sen. John McCain returned to Washington recently and stepped onto the Senate floor following a diagnosis of brain cancer, the affection and admiration from both sides of the aisle was clear. Expect this bipartisan goodwill to endure even following his controversial vote killing the “skinny repeal” of Obamacare.

Now back in Arizona getting treatment, Mr. McCain is demonstrating what it means to live one’s life as a patient to the fullest. Well-wishers are also encouraging him to fight his disease using any treatment option that’s right for him, including surgery, radiation, chemotherapy and immunotherapy. The message is clear: whatever he needs, he should receive.

It’s unimaginable that any of the senator’s colleagues would suggest that since Mr. McCain soon turns 81, survived a previous cancer, and has several additional health challenges, maybe it’s best to limit how much the system invests in him because he probably doesn’t have that long to live.

Sound harsh? It sure does — but millions of other patients are facing that judgment every day. A nationwide movement is ongoing and accelerating to apply a rigid, formulaic process to determine if patients are too costly to treat and their lives too expensive to save.

This is the ongoing fight for patient access to advanced medicines and therapies for those facing a chronic disease or serious illness, and it’s the intellectual fault line running down the middle of any serious debate about the future of health care in America.

At a time of breakthrough advances in precision and personalized medicine, none of us seems shocked anymore when medical miracles occur.

Just 20 years ago, a 90-year-old man with cancer in his liver and brain faced a grim death sentence. Jimmy Carter got that diagnosis in 2015, but he received cutting-edge immunotherapy treatments and walked out of his hospital after six months of treatment. That was 18 months ago. He’s still walking.

Mr. Carter and Mr. McCain are obviously exceptional patients, but they shouldn’t be exceptions to a system that would serve them first and best, and the rest of us last and half-heartedly.

How is this happening? Something new is taking hold in health care: value frameworks. These are complicated mathematical formulas on patients, rigid price controls on advanced medications and, ultimately, limits on the kind of treatment access John McCain is receiving right now.

This is all in the name of “system management,” and it is being prominently advanced by the most influential think tank few have heard about: the Boston-based Institute for Clinical and Economic Review (ICER).

Backed by millions of dollars from one foundation, ICER has aligned with the insurance industry and pharmacy benefit managers (PBMs) to impose value frameworks and cut costs by restricting treatment — some say recklessly. For example, Dr. Robert Goldberg of the Center for Medicine in the Public Interest estimates that not only will ICER’s value frameworks fail to enhance treatment options for patients suffering from the blood cancer multiple myeloma, they will cut off and kill 44,000 of them.

ICER has also turned its harsh light on treatments for lung cancer, cardio disease, osteoporosis, arthritis, psoriasis, migraines and several other serious conditions. Like a three-card monte street hustle, no matter how the data gets shuffled, the result is always the same: widespread patient treatment is too expensive and it’s time to cut people off.

Just last year, ICER enjoyed easy access to the Obama administration, including its Health and Human Services Agency. And it bet big that President Hillary Clinton would have fused ICER’s frameworks and federal policy.

That obviously didn’t happen, but ICER is still burrowing into Washington, boasting that the Veterans Administration will apply its estimates to deciding what medicines veterans will receive. Dr. Goldberg adds: “This would only mean that unlike Senator McCain, thousands of veterans will be denied access to treatments that could save their lives.”

That’s what makes this an ideal time to set straight once and for all what should be the default setting of the health care system: getting the right patient the right treatment at the right time.

It’s a movement in search of a natural leader. Someone willing to take on entrenched interests, call out corrupt policies and tell the truth about what is happening to powerless patients.

Sounds like a mission for a maverick to me.

Jonathan Wilcox is the co-founder and policy director of Patients Rising. This piece was originally published at the Washington Times.