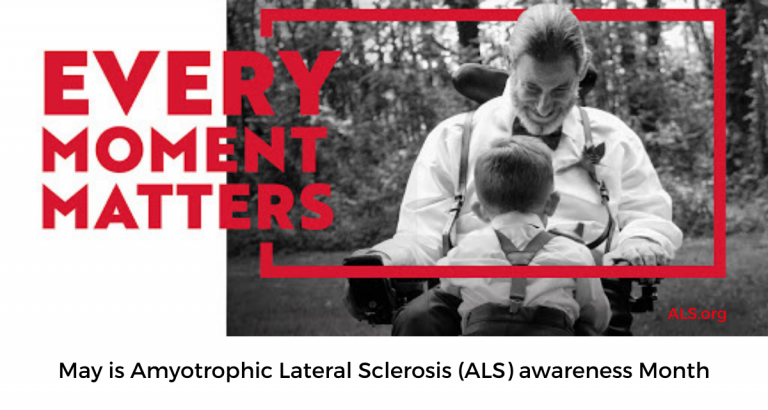 Amyotrophic Lateral Sclerosis (ALS), commonly known as Lou Gehrig’s disease, is a motor neuron disease. It involves progressive loss of nerve signals to the muscles, leading to a lack of muscle control by the brain. However, ALS symptoms are similar to certain other diseases, which can lead to misdiagnosis of ALS.

During the month of May, which is ALS Awareness Month, let’s take a look at some of the signs and symptoms of the disease and how it could lead to the misdiagnosis of ALS.

About 5,600 individuals are diagnosed with ALS in the U.S. annually—somewhere close to 30,000 may be living with the disease at any time.

Loss of nerve cells in the brain and spinal cord that leads to progressive muscle weakness, muscle atrophy, and eventually death, ALS does not have a cure. Typical symptoms include muscle twitching, weak limbs, and slurred speech. Other signs of the disease may include:

What Will Typically Not Happen With ALS?

Pain is not usually associated with ALS, in the early or late stages. Patients also do not lose control of their bladder or their senses.

Causes and Risk Factors of ALS

About 5%-10% of people inherit ALS—this is known as familial ALS and is caused by genetic mutations. These include mutations in the SOD1, C90RF72, FUS, NEK1, TDP43, and TARDBP genes, among others. The cause among the remaining 90%-95% of patients remains unknown and is classified as sporadic ALS.

Exposure to toxins, infectious agents such as viruses, diet, and behavioral and certain occupational factors may increase  the risk of developing ALS.

How is ALS Diagnosed?

ALS diagnosis is complicated and is a combination of medical examination at regular intervals, assessment of health history, and laboratory testing, which includes imaging. The most important aspect here is to rule out other conditions because ALS symptoms are similar to several other diseases that affect nerve cells and muscle function. The following testing may be recommended for confirming an ALS diagnosis:

Specific abnormalities in EMG and NCS may indicate damage to peripheral nerves (which are outside the brain and spinal cord) or muscle disease, symptoms for which may be similar to ALS. MRI is usually normal in people with ALS. But it can help identify issues that cause similar symptoms, such as a tumor on the spine or a herniated disk.

Patients with Kennedy’s Disease or Multifocal Motor Neuropathy (MMN) may sometimes be diagnosed as having ALS, since the diseases have similar symptoms. However, unlike ALS or Kennedy’s Disease, MMN is not life-threatening. Listen to one patient’s traumatizing story of being misdiagnosed with ALS and how it impacted his life.

Misdiagnosis essentially means delayed diagnosis of the actual condition and can lead to worse prognosis (patient’s outcome) because the disease would have progressed in the interim. ALS is commonly misdiagnosed as cerebrovascular disease, cervical myelopathy, vertebral disc herniation, radiculopathy, neuropathy, and myasthenia gravis. Misdiagnosed patients may endure surgery or treatment for the wrong diagnosis that can lead to unnecessary harm.

Here are some resources and communities that are dedicated to supporting ALS patients and their caregivers: