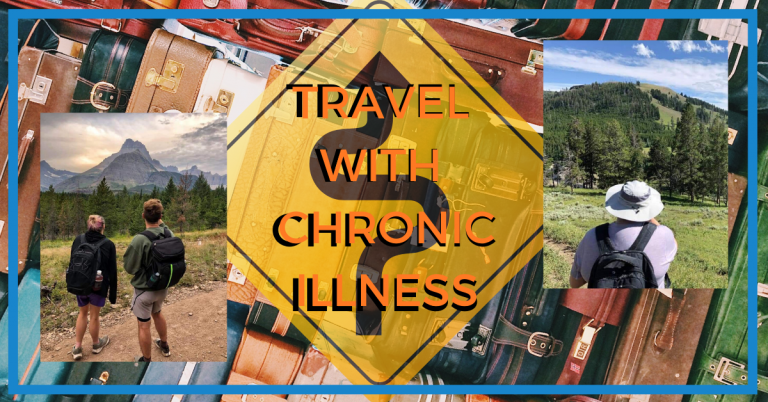 Danyelle is a repeat Contributor to Patients Rising, so when we saw that she was traveling cross-country we knew we wanted her to share what traveling with chronic illness was like. Here’s Danyelle and some of her awesome photos….

When I was invited to travel alongside my cousin and his now-husband for four weeks, driving cross country in his car, my heart dropped. How could my body handle that? I am chronically ill and with my illnesses come symptoms.

My mind started to race…What if…

My illness takes away from one of their experiences?

I get some kind of sick?

A PMDD flare-up hits me when we are in the middle of nowhere?

I was at war with myself over the what if’s. Despite this trip sounding like everything I had ever wanted, I almost immediately shut the offer down. But there was something inside of me that just couldn’t pass the offer up. So I didn’t pass it up. I said YES.

It was challenging because I knew the level of commitment to my health I was going to have to take. I’d have to start preparing as soon as possible. I began with…

Think of the level of planning that goes into everyday life, then multiply that by having a chronic illness – it’s already tiring. Then compound all of that by going cross-country through little towns you’ve never been in before. It was an intimidating prospect, but I looked anxiety in the eyes and I didn’t blink. In the end, I had an incredible adventure I’ll never forget.

1.) Choose your travel partners wisely and Communicate with them

Do not travel with just anyone. Make sure your companioins are people you can confide in if you are having a bad day. Be honest with the people around you. Let them know that today’s activity may take longer due to a chronic flare-up. Communication will be the key to all of it. It might slow things down but it gives companions a chance to adjust expectations for the day.

Pack anything that may aid or comfort you during difficult times, despite how ridiculous it may seem to anyone else. You’re dang right I packed a heating pad with me all the way from NH to NV. Sure, I only used it once, but boy I was glad to see it when I needed it. Additionally, If you think you won’t need specific medication, bring it anyway. It is always better to have more safety nets than less and you never know where or in what situation you’ll end up. I was surprised by how difficult it was to find over the counter meds I was accustomed to.

If you’re anything like me, you like to know what you’re going to be doing ahead of time so you can mentally and physically prepare. Long hike? Meeting up with other people? Swimming? Whatever. Since we traveled cross-country we had many different kinds of outings. Instead of me harassing my cousin and asking for the itinerary every day, I asked for a copy. It included the names of the places we would be stopping and what we would be doing there and nearly any other questions google could answer.

TRAVELING WITH CHRONIC ILLNESS IS HARD, BUT WORTH IT

Even with those 3 main strategies, I’m not going to sugar coat it, it was by far one of the toughest experiences I have ever been faced with. I pushed my body to new limits and toughed through some hard moments, but I had more fun than I thought possible.

There were many days at the beginning where I’d worry if I had made the wrong choice. I was afraid of the unknowns. But despite there being many ‘unknowns’ over the course of the trip, I faced all of them. I found my body and mind to be more capable than I had credited them. That revelation itself made the  trip worth it.

I understand not everyone has the option to take a trip like this whether it be money, time, or ability. What I am trying to say is to lightly nudge yourself to live as much as YOU can. My trip ended August 23rd, 2019 and I’m still writing about it. I have found out new things about myself, I have a deeper layer of compassion.

Traveling feeds the soul, traveling with chronic illness is a challenge, and people with disabilities shouldn’t have to go without. 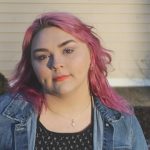 Danyelle Fay is currently a college sophomore. She has done advocacy work for Premenstrual Dysphoric Disorder (PMDD) on both her college campus and across social media platforms. In 2019 she received an award from the International Association for Premenstrual Disorders (IAPMD) for being heavily active during PMDD awareness month. Danyelle lives in New Hampshire with her cat, Pepsi. Her goal is to someday pursue a career in writing. Youtube / Instagram / Tumblr