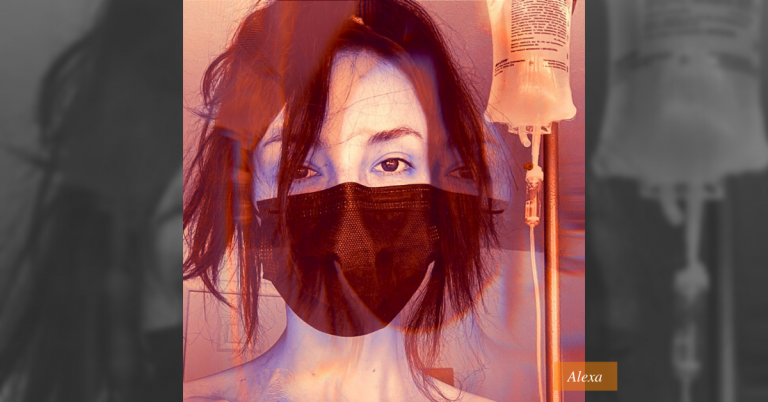 migraine is not a headache

Head pain is a common feature of a migraine attack, but pain is never the sole symptom nor is it required. Unfortunately, many medical professionals perceive migraine as something patients can “learn to live with it” or “stop overreacting” to. Meanwhile, the few trained specialists who adequately treat this intricate disease are seen as practicing “fringe medicine”. We are over twenty years into the 21st century, it’s time for systemic change.

Migraine is a global problem

Migraine affects 12% of the global population and is more prevalent than diabetes, epilepsy and asthma combined. Despite this, migraine is one of the most misunderstood, dismissed, and trivialized conditions. The general population believes migraine to be an undiagnosable, generalized headache that is easily fixed by hydration or Tylenol. However, migraine is a phenomenally complex neurobiological disease that affects the entire nervous system.

More than 90% of people cannot function normally during a migraine attack, but there is a spectrum of disability. For example, some individuals have attacks once per-year while others have daily attacks. Some find success with over-the-counter medications, while others find that no injection, pill, device, or treatment can stop an attack. For those with frequent, disabling attacks, receiving early, adequate medical care is vital to improving their quality of life.

My migraine was not a headache

Just before I turned 21, my migraine escalated without warning. I went from a few attacks per month to a relentless, never-ending attack called refractory migraine. I was being suffocated by persistent nausea, light and sound sensitivity, and pain. My neurologist wrote a prescription for opioids (now known to worsen migraine) and said to check back in six weeks. Four weeks later, I saw another neurologist and they told me that I “just needed rest”. One week later, I was in the emergency room. Three weeks after that, I dropped out of college. For the next two years, I was bed bound. Once a collegiate athlete and pre-med student, I was now unable to leave my house and looking into applying for disability. This is what can happen when migraine is inadequately treated.

Migraine is NOT a Headache -"My neurologist…told me to check back in 6 weeks. 4 weeks later, another neurologist told me that I “just needed rest”. 1 week later, I was in the ER. 3 weeks after that, I dropped out of college. For… Click To Tweet

As my own experience demonstrates, not every doctor, or even every neurologist has the education or awareness needed to be able to administer proper care for migraine. Treating this complex central nervous system disease takes highly trained ‘headache’ specialists. However, finding a qualified provider is very challenging because the U.S. has only 700 certified specialists serving over 39 million patients. This, in conjunction with the sheer complexity of the disease has resulted in more than half of all people with migraine going undiagnosed and undertreated. One contributing factor to the undertreatment of migraine is the dearth of treatment options.

Evidence of migraine dates back to the ancient Egyptians. Nevertheless, migraine patients have long grappled with an absence of treatment options.

After developing refractory migraine (a never-ending attack), I tried countless treatments to manage my symptoms. However, with no migraine-specific preventatives available I was limited to off-label use of a multitude of drugs. This included antidepressants, anxiolytics, antiepileptics, high blood pressure pills, and even a drug designed to treat dementia. Unfortunately, these medications were not harmless. The side effects were numerous, debilitating, and almost as hard to manage as the disease I was trying to treat.

In 2018 a new class of preventative medications, calcitonin gene-related peptide (CGRP) monoclonal antibodies, hit the market. It was beyond exciting to finally have migraine-specific preventatives available. Although these drugs were not a panacea for all migraine patients, their efficacy was high, and their list of side effects was small. This new drug class stabilized my symptoms and even allowed me to return to college, but why did it take well into the 21st century of medicine to develop the first preventative therapies for migraine?

The majority of people with migraine are female, which has contributed to the dismissal of the disease by the white-male dominated scientific and medical fields. Several highly-regarded male, historical figures have been impacted by migraine, including Julius Caesar, Hippocrates, Pablo Picasso, Thomas Jefferson, Sigmund Freund, and John F Kennedy. Migraine in men has traditionally been blamed on overexertion or ‘too much thinking‘. Meanwhile, in women this complex, disabling neurobiological disease was labeled as psychosis, a product of nervousness and pressures associated with housekeeping and childrearing. The association of this disease with hysteria stalled scientific investigation and eliminated demand for research funding. The consequences of these inaccurate historic beliefs are still seen today as in 2020 NIH funding for migraine was a mere $18M, compared to research funding for asthma, epilepsy and diabetes which were $338M, $198M, and 1.2B respectively.

Thanks to outspoken advocates and allies, the popular opinion of migraine is slowly starting to change and more individuals are entering the field of migraine research and medicine. In 2017, for the first time, the NIH presented programs to encourage people to submit applications in migraine research. Today we have organizations like the American Headache Society, Miles for Migraine, American Migraine Foundation, the Migraine Research Foundation, and the Alliance for Headache Disorders Advocacy working to dismantle societal misconceptions surrounding migraine and advocating for research funding. However, even if research is funded and more treatment options become available, the battle is far from over.

Step therapy, also known as a fail-first requirement, can be a profit-generating treatment protocol enforced by health insurance companies under which patients must fail medications in defined tiers before receiving approval to “step up” to the medications prescribed by their doctors. Insurance companies present this requirement as a way to ensure that patients receive the most reasonably priced drugs. In reality this practice forces patients and doctors to compromise treatment decisions and it blocks access to vital medications. It causes immense patient suffering and thwarts an individual’s ability to receive the medicines prescribed by their doctor. Step therapy places the reins of medical decision making firmly in the grasp of a profit-focused industry.

My insurance company denied coverage of the new CGRP medications under the pretense that I had not met the requirements necessary to “step up”. This was despite the fact I had been bed-bound for two years and had cycled through more than seven medications. Thus began a six month long battle of filling out numerous medical necessity forms, writing appeal letters, and making phone calls until, between my parents, my doctors and myself, we finally overturned the repeated denials. It was only on this new medication that my doctor deemed necessary, that I was able to return to being a contributing force in society, graduating from college with awards and highest honors, and securing a job at a major research institution.

Had I not had access to the newest therapies, I might still be confined to my bed, unable to work, applying for disability. I was fortunate to have the tools, education and support to overcome the step therapy denial, but not everyone has the same resources and step therapy is not the only barrier to care that patients have to contend with.

Prior authorization is a requirement that your medical provider must obtain approval from your health insurance company before prescribing a specific medication or performing a particular procedure. Insurance companies deploy this prerequisite to determine if a certain drug, procedure or treatment is medically necessary before agreeing to cover the cost. This “red tape” allows your insurance company to make medical determinations rather than your treating physician. This practice, as with step therapy, takes medical decision making away from trained medical professionals and puts it in the lap of earnings-focused institutions.

I have long fought against the prior authorization hurdles. A common treatment for migraine are nerve blocks, injections of pain medication directly into the nerves around your head and neck. After being incapacitated with pain for several weeks, nerve blocks were my last resort before hospitalization. My medical provider inquired about the prior authorization process for the nerve blocks and my insurance company said that I would have to delay treatment for a minimum of 30-45 business days while they process the request. If my doctor concluded nerve blocks were my next best option, how can my insurance company delay my care?

Treating migraine as early as possible is critical. The longer you are in pain the harder it is to get out of pain. Waiting could have been incredibly damaging to my health. Thus, I had no choice but to sign a form that said I would cover the cost.

A diagnosis of migraine can be life altering. The medical system intended to help patients should not be contributing to the exacerbation of this chronic condition. Today’s medical system is designed for acute care. If you break a bone or need stitches, you are in good hands. However, if your health is perpetually unstable and you need an ever evolving medical plan to maintain some semblance of your quality of life, it’s all too easy to fall through the cracks.

2) We must tackle the barriers to treatment-access. These barriers limit the efficacy of medical care for millions of migraine patients. Patients should always have access to the treatments that their treating physicians deem to be most beneficial to their health.

Morgan Fitzgerald is a research associate at the University of California, San Diego. She is a prospective neuroscience Ph.D. student who is dedicating her career to advancing the scientific understanding of migraine as well as expanding healthcare access for migraine patients. Morgan runs her migraine blog at lifewithmigraine.home.blog and advocacy instagram account @lifewithmigraine; https://www.instagram.com/lifewithmigraine. Outside of her work and advocacy efforts, she can be found on the tennis court or hiking with her dog.