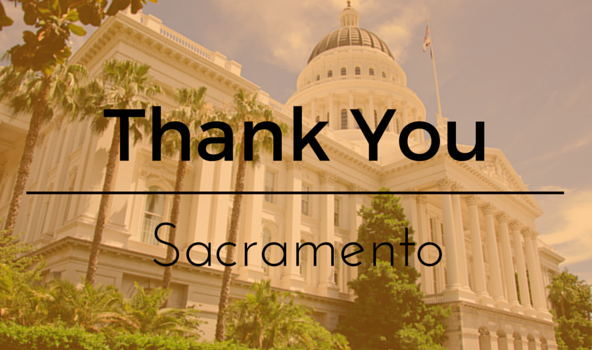 A big thank you to everyone who joined yesterday’s event in Sacramento. With special thanks to our panelists: Assemblyman Bill Brough, Jennifer Hinkel, Elizabeth Lacasia, Dr. Charles H. Weaver, Aimed Alliance’s Stacey L. Worthy and our policy director Jonathan Wilcox.

For anyone who missed the event, you can check out the videos, which were streamed live via Periscope.

We were overwhelmed by the turnout and interest among patients, lawmakers, advocates and medical professionals who are working to eliminate the real barriers standing between patients and the effective treatments.

In recent months, California has moved toward protecting patients with the bipartisan passage of AB 374, which protects patients from “step therapy,” or fail first insurance policies.

Patients are making their voice heard in Sacramento, and we’re energized by our mobilization of patients.

CBS News’ Ashley Welch reports that that there’s a racial bias in pain management. A new study suggests that African Americans “are systematically under-treated for pain when compared to white patients.”

The research, which was published in the journal Proceedings of the National Academy of Sciences, originates from the University of Virginia’s investigation into medical students and new doctors’ treatment of patients.

“Many previous studies have shown that black Americans are under-treated for pain compared to white Americans, because physicians might assume black patients might abuse the medications or because they might not recognize the pain of their black patients in the first place,” Kelly Hoffman, a UVA psychology Ph.D. candidate who led the study, said in a statement. “Our findings show that beliefs about black-white differences in biology may contribute to this disparity.”

Help Me, Help You

“Patients were pleased because they saw that their assessment of their pain and function was part of the process,” Dr. Patricia Franklin, a professor of orthopedics and physical rehabilitation at U-Mass who co-authored the Health Affairs study, told Kaiser Health News. “Surgeons were glad to have the data on the severity of pain before and after surgery.”

This research confirms what patients have known all along. Patients need to be engaged in their medical decisions. Physical exams, medical tests and biological measures are more effective when they are combined with patient-reported outcomes.