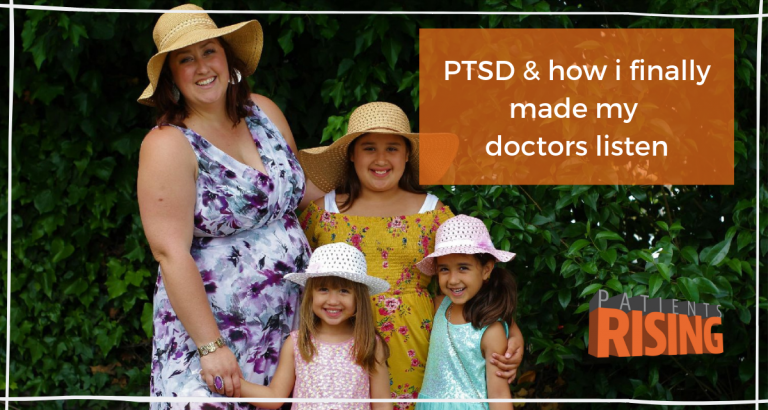 My name is Shannon and I am a wife, mom of 3 girls, a teacher, follower of God, daughter, sister, friend and mentor. I started a blog for moms back in 2016, as an outlet for myself and to help encourage other moms. The main goal for me was to help build a judgement-free community while both giving and getting support. Along the way, I was diagnosed with fibromyalgia & severe PTSD. I tried my best to stay positive while also sharing my struggles in a sincere way. With each blog I dove a little deeper into how I’ve had difficult pregnancies, then very difficult surgeries, PTSD, and finally how I had to fight for my health. But it took a while to get there.

SO HARD TO GET A CORRECT DIAGNOSIS

Unfortunately, my path to a correct diagnosis was an incredibly challenging one and I am now learning that challenge is pretty common. For the pain I was experiencing I was given the catch-all diagnosis of “fibromyalgia”. During and after my last pregnancy it became clear to me and my husband that this wasn’t fibro. I knew in my gut that there was way more than that.

SO HARD TO BE TAKEN SERIOUSLY

Trying to get a doctor to take me seriously was one of the biggest fights of my life and one that I am still in to this day. I spent three years of my life, suffering unnecessarily, trying to be the best mom & wife while fighting the doctors who were supposed to be fighting WITH me and FOR me! My concerns were routinely dismissed. It was if nothing I said mattered. There were days, I must admit, where I felt hopeless, like I couldn’t go on. I am not a suicidal person, but goodness… I just wanted the pain to stop.

In desperation, I decided to see a therapist to help me ‘keep it together’ for my family while battling whatever disease I had.

This therapist saw it. Right away she could see that there was more than fibromyalgia going on. She is the one that diagnosed me with PTSD. When she said I had PTSD I laughed, “I’m not in the army!” She explained it doesn’t take combat experience to be diagnosed with PTSD.

One of my surgeries occurred during my second pregnancy and two were after my third. During the second of those surgeries, while I was still awake, I was improperly dosed with medication which stopped my breathing. As I was fading into unconsciousness, I was also suffocating! I thought I was dying. This, it turned out, was a huge piece of the PTSD puzzle for me. Living with a chronic illness and being a survivor of domestic violence were the other pieces.

When discussing my pain and my “fibromyalgia”, the therapist encouraged me to see a rheumatologist. She could see something that every other medical doctor couldn’t!

So, after over three years of fighting, seeing that rheumatologist finally provided me with an answer! He diagnosed me with Rheumatoid Arthritis. Not what I was hoping for or wanting, but at least this doctor had a plan to bring me some kind of relief. I still have to fight for myself, but with my PTSD being treated I am more confident, and I’ve learned to be better prepared. Now the doctors listen!

Shannon is a woman of Faith & Family. She is a mom of 3 beautiful daughters, wife to an amazingly supportive 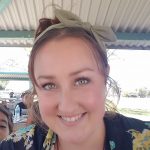 husband, and is herself a preschool teacher, mentor, and a domestic violence & chronic illness advocate. Shannon knows the feeling of being lonely in her struggle for health answers having spent many years searching for her own. Because of this, Shannon created a women’s support group and website. She also created a line of all-natural herbal and essential oil products. Shannon remains committed to support and encourage others struggling with health issues. Instagram / Facebook.