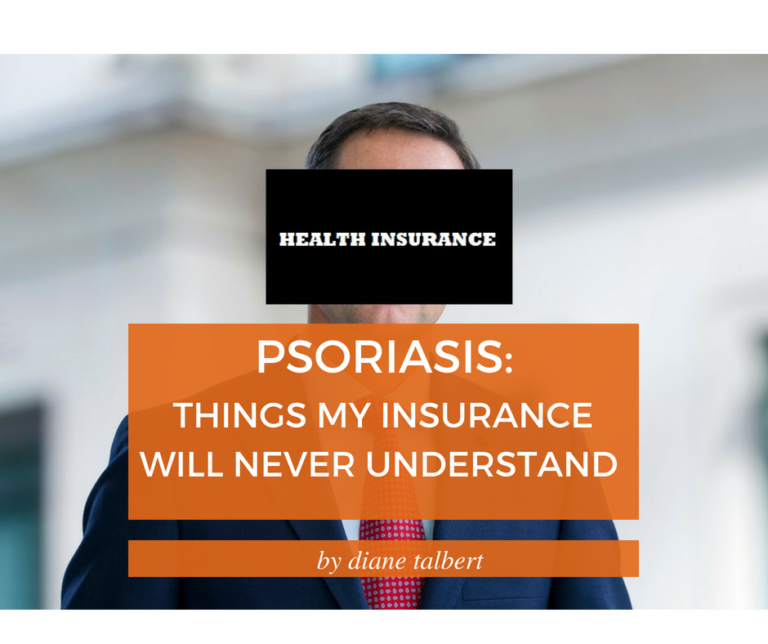 I’ve had psoriasis for over 55 years and psoriatic arthritis for 25 years. Most people don’t have a clue what I’ve been though; especially my insurance company. They could never imagine.

PSORIASIS AS A CHILD

Insurance, you were not the one that missed so many days from school because of doctor appointments, getting needles stuck in you all the time. Taking light treatment 3 times a week or putting coal tar all over my skin. You were not the one who had scales scraped off so the medication could get to the sores.

I know you didn’t understand what it was like to lose friends who just ‘didn’t get it’. Friends only saw me when I was well, put together and had make-up done. They don’t realize I smiled when I was is in pain just so I could fit in. Have you ever struggled just to be normal?

PSORIASIS AS A YOUNG ADULT

At the age of 25, I could not raise my arms above my head. I had pain, stiffness and swelling in joints all over my body. There were days I couldn’t get out of bed. I went through a grieving process; mourning the person I used to be. I even said to myself that I didn’t have the disease at all. My pain was…still is…unbearable at times.

I can’t imagine you would understand that a younger me had to inject herself several times a week with powerful drugs.  You never saw her worst days because she learned to hide them from everyone.  You probably thought she was lazy for staying in bed all day. But you didn’t know she only sleeps 4 or 5 hours a night because the pain kept her awake. How could you possibly appreciate that a flight of stairs could make her almost pass out when she got to the top?

Did you know she experienced memory loss because of chronic fatigue? Probably not. You don’t even think Brain Fog is a medical condition. There were – there still are – days where she was confused and disorganized, finding it hard to focus.  What about her chronic depression and anxiety? How about the number of times she turned down invitations to attend things because she felt safer at home?

PSORIASIS AS AN ADULT

Insurance, I use compression gloves for the pain in my fingers and hands. You wouldn’t pay for those. I use a wrist brace and other accommodations to help open a dryer door, chop vegetables or turn a handle without pain. You don’t pay for those either.

I TRUST MY DOCTOR. WHY DON’T YOU?

Insurance, it’s important that you know that the woman I am still wants to be human. You tell her that her medication is “not a necessity”. You deny her coverage. If she seems upset with you sometimes it’s because that medicine makes it possible for her to feel normal. She doesn’t understand why you do these things. Like, why do you interfere and not let her doctor decide what is best for her?

As you know, I’ve spent the better part of a month wondering how I’m going to continue my medical care. Can my doctors work out payment plans? Maybe I can see them less often. Will I be forced to reduce my medications? It’s all because, despite having you, I can’t afford the ever increasing part you make me pay.

I implore you Insurance, consider the power you have to decide the quality of people’s lives today. Consider the role you play in their health tomorrow.

Readers, are any of you ready to speak out about this? I hope so, because no one should ever have to compromise their health care. Tell insurance what you think.

Diane Talbert is a blogger, patient advocate and speaker for psoriasis and psoriatic arthritis. She has been an advocate for this disease for over a decade now. She has run support groups in the Maryland, DC and Virginia area, is a volunteer for several organizations and vows to help find a cure for psoriasis and psoriatic arthritis and stop the stigma associated with it. She loves being a wife, mother and grandmother. 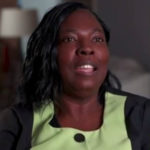