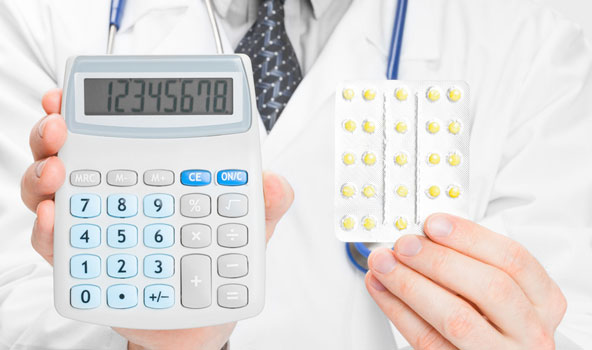 Peter Bach gets a lot of attention as a critic of the pharmaceutical industry, most recently in FORTUNE and on the PBS Newshour.

Despite the platform he’s been given by the media evaluating the price, cost and value of things, he is not an economist. Robert Goldberg, Ph.D. is, and he tell us “Hospitals account for 30% of total healthcare spending”, and this about the medical center where Dr. Bach himself works: “I looked at what Memorial Sloan-Kettering charged for treating colon cancer patients between 1998 and 2012. It rose from $20,000 per patient to about $90,000 per patient.”

Dr. Bach does make an interesting point about pharmaceutical R&D: “As with any other for-profit company … you can spend your money however you want, but we’re going to pay you based on the value of goods that you produce.”

So the question for Dr. Bach is obvious: Who determines this value?  Is it the Memorial Sloan Kettering drug abacus, the ICER Report, the ASCO Value Framework or the impending NCCN Value Initiative?

Whatever the answer may be, it’s incomplete without the presence of the patient. Why aren’t they in this discussion?  Do they get a seat at the table to voice what value means to them?

What about the value of insurance? Where’s Bach’s obsession for what insurance companies provide?

A lung cancer patient named Allen Lee spoke with us at the recent World Conference on Lung Cancer in Denver: “If I have insurance and you’re not going to cover it, then what’s the point of even having insurance? Why don’t we all just have savings accounts?”

As we pointed out last week, Peter Pitts, a former FDA associate commissioner and now president of the Center for Medicine in the Public Interest, wrote that insurers and pharmacy benefit managers — not drug companies — determine what patients pay for medications. It’s their core business.

And business seems strong these days: Last year, CVS Caremark Corporation, one of the biggest benefit managers, paid its CEO over $32 million.

We need a deeper conversation, but what we’re getting instead is Peter Bach’s symphony where the only tune is the same old song. Patients deserve cures and coverage, not old arguments and stale math.

So here’s some fresh math: According to the 2015 Milliman Medical Index the cost of healthcare for the typical American family of four covered by an average employer-sponsored preferred provider organization (PPO) plan is $24,671.  The total employee cost (payroll deductions plus out-of-pocket expenses) increased by approximately 43% between 2010 to 2015.  Of the $24,671 in a typical family’s total healthcare costs, $10,473 is paid by the family, $6,408 through payroll deductions and $4,065 in out-of-pocket expenses incurred at point of care.