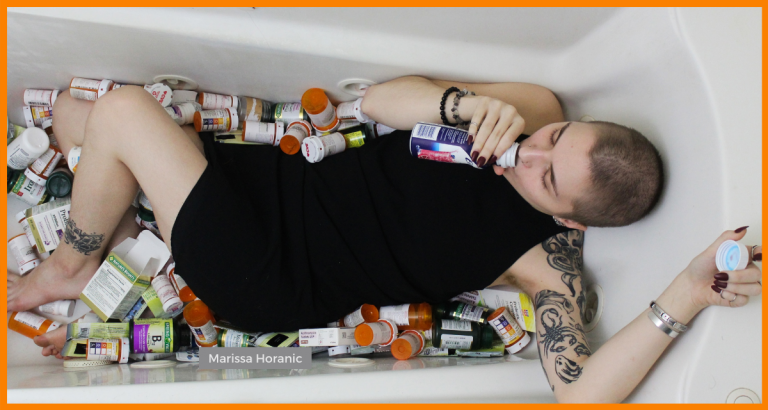 The first thing conversations taught us was how hard it was for patients to put their challenges into focus. At Patients Rising we see this alot; we think it comes from the complexity of our healthcare system. So, we worked closely with the ONF to develop a survey tool that could help sharpen that focus. But first…

what is occipital neuralgia?

Occipital neuralgia is a type of headache. ON is usually characterized by piercing, throbbing, or electric-shock-like chronic pain in the upper neck, back of the head, and behind the ears – usually on one side of the head.  Typically, the pain of occipital neuralgia begins in the neck and then spreads upwards.  – NINDS.NIH.GOV

BUILDING AND SHARING THE SURVEY

We drafted the questions from our conversations with patients. Kayla Smock, president and founder of the ONF and Jim Sliney, the director of patient outreach at Patients Rising (PR) reviewed the questions. We also consulted with Surabhi Dangi-Garimella, PhD, principal, SDG AdvoHealth, LLC, on wording and scope. Here’s what we found….

120 unique individuals answered our survey. They all self-confirmed a diagnosis of ON.

Race and ethnicity: 85.8% were White, 6.6% were Hispanic, Latino or Spanish origin, 3.3% were Asian. American Indian or Alaskan Native, Native Hawaiian or other Pacific Islander, or “not comfortable sharing” made up the other 4.5%.

According to the Kaiser Family Foundation, following the passage of the Affordable Care Act, the number of uninsured nonelderly Americans declined by 20 million, dropping to an historic low in 2016. However, since then the number of uninsured nonelderly Americans has increased for three straight years, from 26.7 million in 2016 to 28.9 million in 2019. The uninsured rate increased from 10.0% in 2016 to 10.9% in 2019.

As of June 2020, and attributable to the coronavirus pandemic, 7.7 million Americans lost their jobs and their employer-sponsored health insurance. A report by the Commonwealth Fund found that 6.9 million Americans were dependent on those insurance plans. It brang the total number of newly uninsured Americans resulting from job loss up to 14.6 million (employee plus dependent family).

An uninsured rate of 10% was concerning to us (see Table 1), however, we found it consistent with national reporting.

The number of patients who had experienced symptoms for one or more years was greater than 90% (see Table 2). We don’t know if there is a connection between living longer with the disease and a greater likelihood to be active in advocacy.

DIAGNOSIS: By WHOM and HOw Long

The time between onset of symptoms and formal diagnosis is a time of uncertainty and concern for patients and their families. It involves seeing a variety of providers, getting an array of tests, and in some cases, pre-diagnostic therapies with hit and miss results.

Only 8.33% of respondents were diagnosed within a month of experiencing symptoms (see Tables 2 and 3). Diagnosis came mostly by a neurologist (7), the rest by a chiropractor (1), a pain management doctor (1), and a primary care doctor (1). Assuming it takes an average of 24-days to see a specialist, we can conclude that diagnosis was provided within one or two visits.

The providers who made the formal diagnosis of ON were contained almost exclusively amongst neurologists, pain management doctors, primary care doctors, chiropractors or physical therapists. But the providers who were seen in the process of trying to get appropriate care varied widely.

the role of neurology

Neurologists treat and diagnose headache disorders; they treat diseases of the brain and spinal cord, peripheral nerves, and muscles. ON falls within that category. The American Migraine Foundation features an article written by Dr. Rashmi Halker-Singh, a neurologist from the Mayo Clinic, who speaks at length about the challenge to obtain an ON diagnosis, as well as the complex relationship between migraine and ON. The American Academy of Neurosurgeons further confirms the challenge to obtain a proper diagnosis. The primary issue – there is no one concrete test to reveal a positive or rule out ON, and ON often presents much like migraine or headache. The difficulty getting the correct and effective care was also discussed.

In our survey, 59.48% of respondents received a diagnosis from a neurologist. However, only 45% remain in the care of a neurologist as a primary treatment manager (see Table 4). The rest moved on to different specialists to obtain relief.

While most patients saw the kinds of providers one would expect (neurology, primary care, pain management, physical therapy, chiropractor), some in their pursuit of care visited providers less associated with treating ON (massage therapy, acupuncture, orthopedics, otolaryngology, psychology).

This diverse map of providers points at the diverse types of symptoms patients experience and suggests that finding adequate care is not a linear process.

HOW DID YOU GET OCCIPITAL NEURALGIA?

41.6% claimed not to have a clear cause of their ON (idiopathic). Some reported that “it came on gradually”, others that “it was there suddenly” and several “didn’t know”.

40.83% connected the onset of their ON to some kind of trauma like an “accident”, “car accident”, “whiplash” or “concussion”.

The rest attributed their ON to other simultaneous medical conditions like Ehlers Danlos Syndrome, meningitis and temporomandibular joint disorder, or to acute issues like ‘onset secondary to a surgery’.

We’ve already seen that many of the patients who responded to this survey (>90%) have had ON for more than a year—34% have had the disease for 5 or more years. Over that time, many different medications and treatments were used.

The treatments in this table are not necessarily the current or only treatment/s attempted. We list any medications or treatments used by 10% of the cohort or more.

Those who participated in this survey were predominantly (63.3%) covered by private health insurance. The rest were covered by Medicare (9.16%), some kind of Military insurance (5.83%), a combination of Medicaid or State or government programs (11.63%), and 10% were uninsured.

How long have you been sick?

Regarding duration of the disease, 54% of the responders reported having symptoms for longer than two years, and almost 16% reported symptoms for 10 years or more. This allowed us to see the difference in time between symptom onset and formal diagnosis, which averaged 3.96 years.

We also incidentally learned that 6 of the 7 respondents who were 17 years old or younger reported having minimal access to specialists because they were considered pediatric patients.

As for adult respondents, we learned there were a variety of providers who diagnosed people and provided their ongoing care. Of interest, nearly 60% of responders were diagnosed by a neurologist, but only 45% remain in the care of a neurologist as the primary manager of ongoing treatment.

Where ON comes from

The etiology of ON was evenly divided between idiopathic (41%) and connected to some kind of physical trauma (41%). The rest attributed their disease to other comorbidities.

There is a clear need for better continuity of care for ON patients. Patients reported that reliable medical information is lacking. They also said providers might be uncomfortable treating ON because it is an “invisible” disease (ON does not appear on imaging or have palpable signs).

Based on our findings, The ONF and Patients Rising will work together to curate the most reliable information on the disease. Additionally, we will look for solutions for communicating with providers when one has an invisible illness. To address the uninsured issue, we will promote access to healthcare.gov and make other insurance information available to the community.

What is your occipital neuralgia story? Come to PatientsRisingStories.org and tell your story, your motivation, and add some descriptive photos. It’s a great way to perform your advocacy collectively, which makes it stronger.

A very special thanks to Kayla Smock and the Occipital Neuralgia Foundation (ONF). The ONF was formed to bring support to people suffering, to educate the public, and to foster research into the causes and treatments of Occipital Neuralgia (ON). You’ll find stories from other ON patients and useful information for managing the disease.