Non-small cell lung cancer patients are speaking up — to demand access, counter stigmas, and bring their voices of value to the health care debate.

At Patients Rising’s Voices of Value Speak Up: Non-Small Cell Lung Cancer event in St. Louis, patients from across the country joined doctors, health economists and patient advocates to advocate for every patient’s right to obtain the right treatment.

“You have to hear our voice,” said Karen Loss, who was diagnosed with Stage 4 non-small cell lung cancer in November 2012. “I am living with lung cancer; I am not dying from it. I’m going on four years, and I’m doing everything I would do without lung cancer.”

Presented in partnership with Aimed Alliance, Patients Rising’s six-event Voices of Value program has united patients from opposite coasts to strengthen their voice in the debate over the looming changes to the country’s health care system.

“Cutting care means cutting survival,” explained Jonathan Wilcox, co-founder and policy director of Patients Rising. “Our organization was formed to stand for patients – to advocate for their rights, to fight for their access to medication they need and deserve.” 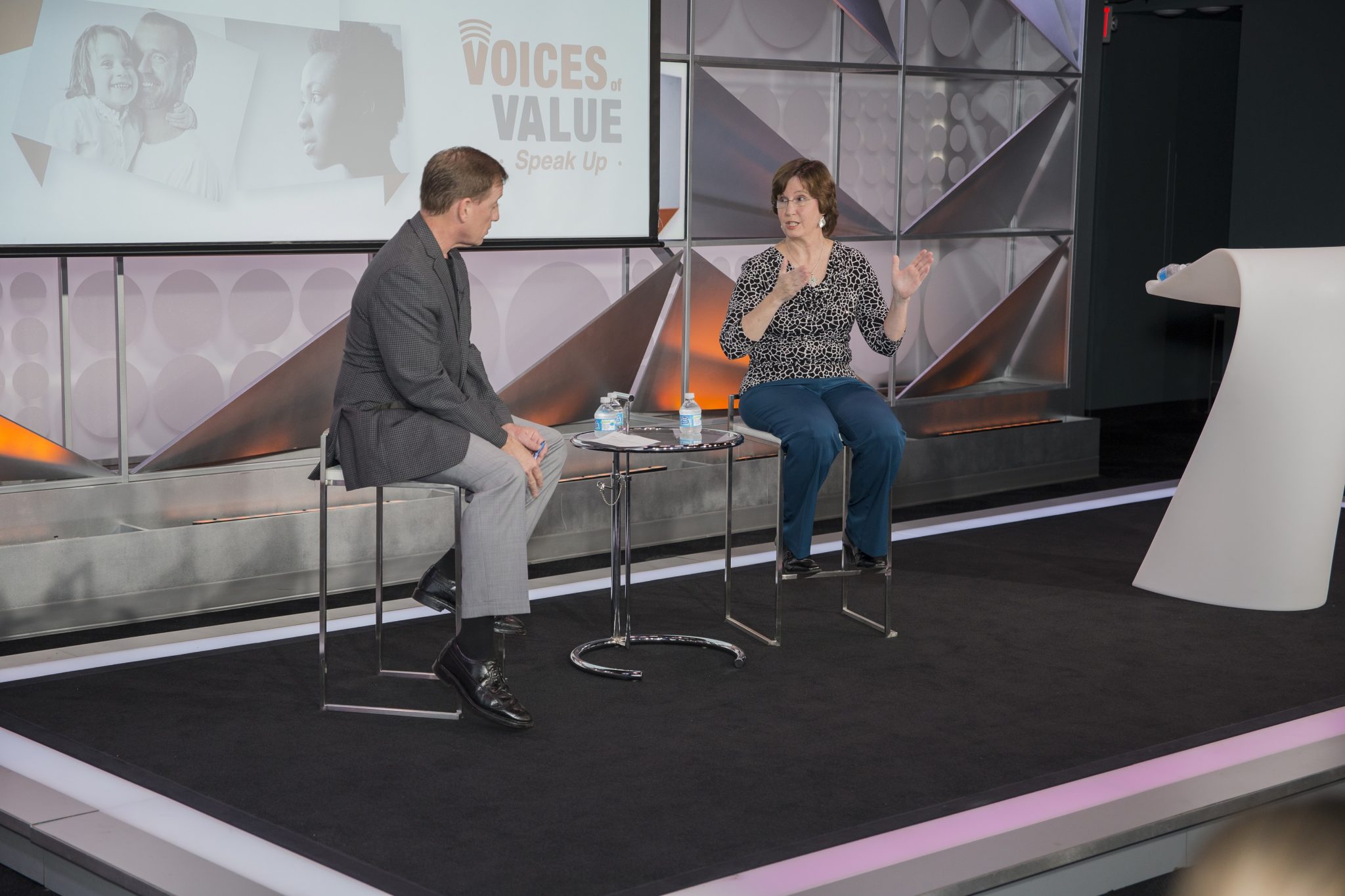 “If you have lungs, you can get lung cancer,” Loss explained at the Voices of Value event in St. Louis. “People don’t realize that anyone can get lung cancer. We have a terrible smoker’s stigma. You smoked, you did it to yourself.”

In addition to the struggle over research funding, patients refuted efforts to diminish the economic “value” of a lung cancer patient’s life. Insurance companies, government bureaucracies and cost-cutting health care institutions routinely use “quality-adjusted life year” to value a patient with lung cancer as having a lower “value” than a healthy individual. Such valuations directly affect whether a patient can gain access to new, life-saving treatments through their health insurance provider.

“If you want to see a true quality year and what value is, then you should talk to a patient,” explained Jeff Julian, a swim coach living with lung cancer, who never smoked a day in his life. “You should hear what a year means to them. This past year has meant everything to me. This past year and a half – almost two years now, has been the best two years of my life.”

A member of the U.S. National Team, Julian won a silver medal at the World University Games in addition to being crowned a PAC-10 champion, NCAA Silver Medalist, eight-time All American and an Olympic Trials finalist. Since 2004, he has inspired the next generation of Olympic swimmers as the Head Coach at Rose Bowl Aquatics.

“I’ve gotten to see my son make it to the Olympic trials for swimming,” he shared at Patients Rising’s Voices of Value event in St. Louis. “I’ll get to see him graduate this coming June. You can’t put a number on that.”

“The Right Treatment for the Right Patient” 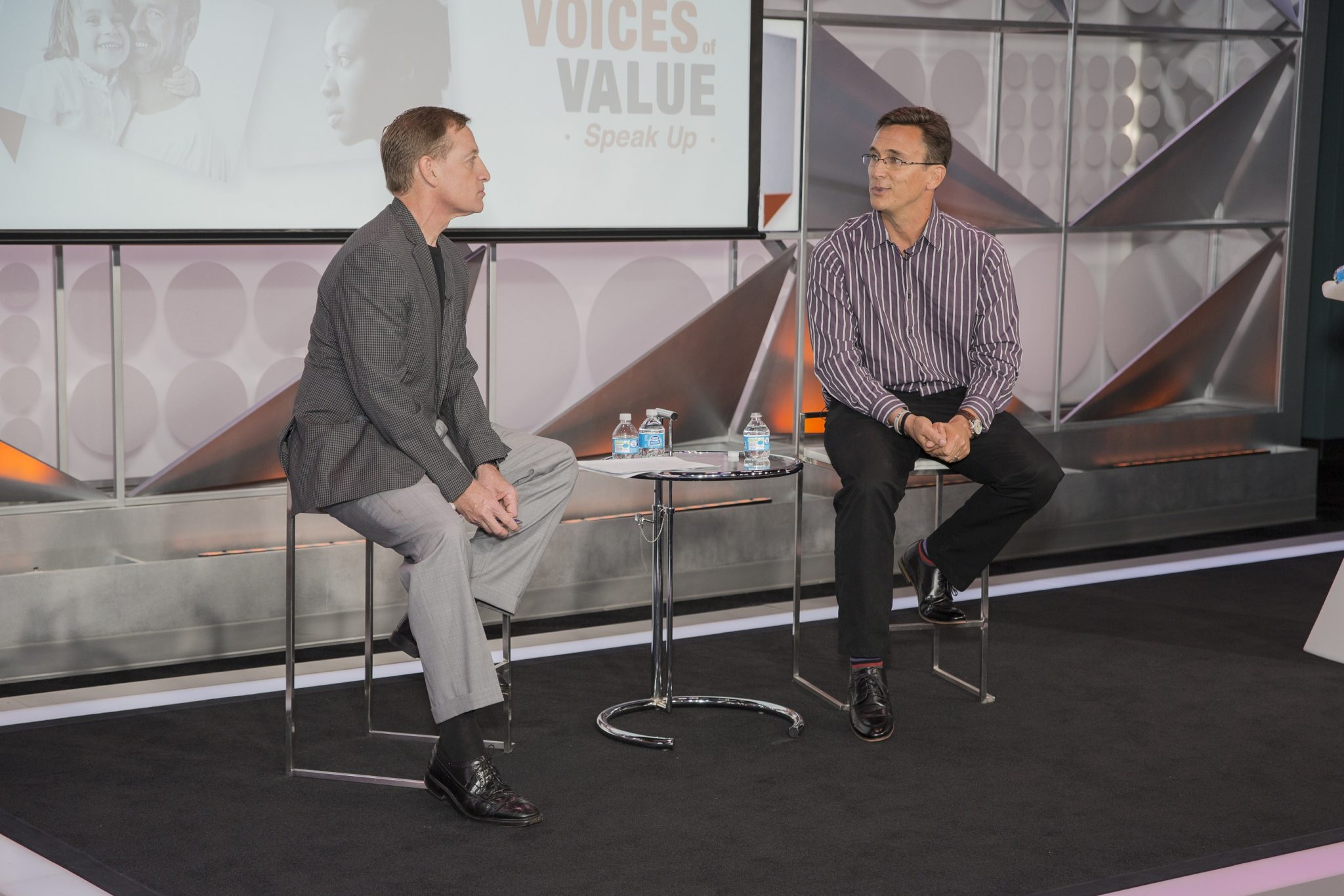 Julian credits ongoing innovation in lung cancer treatment for providing him with the chance to see his most promising swimmer reach the next level.

Greater innovation in health care, patients say, is vital, but only half the battle. Innovation is meaningless if insurance companies block a patient’s access to potentially life-saving treatments.

“Cancer went from a death sentence to something that’s manageable — something you can live with,” observed Stacey Worthy, executive director of public policy at Aimed Alliance, a co-sponsor of the event. “But, that’s not the case if you can’t access the treatments that make that disease manageable.”

Patients Must Ask Questions, Be Ready to Fight Insurance Denials

“The voices of value have to be asking questions,” said Jennifer Hinkel, a health economist, survivor and patient advocate. “When you’re a patient and you go into the doctor’s office, it’s not a great reality, but you have to ask, ‘Hey doc, is this the treatment you would recommend for me if there were no insurance constraint in place?'”

She encourage patients to ask: “Is this the best clinical choice?”

If a patient’s insurance denies the treatment, she encourages non-small cell lung cancer patients to call on their doctors to join the fight. “If you think I should have it and my insurance says no, let’s go fight that.”