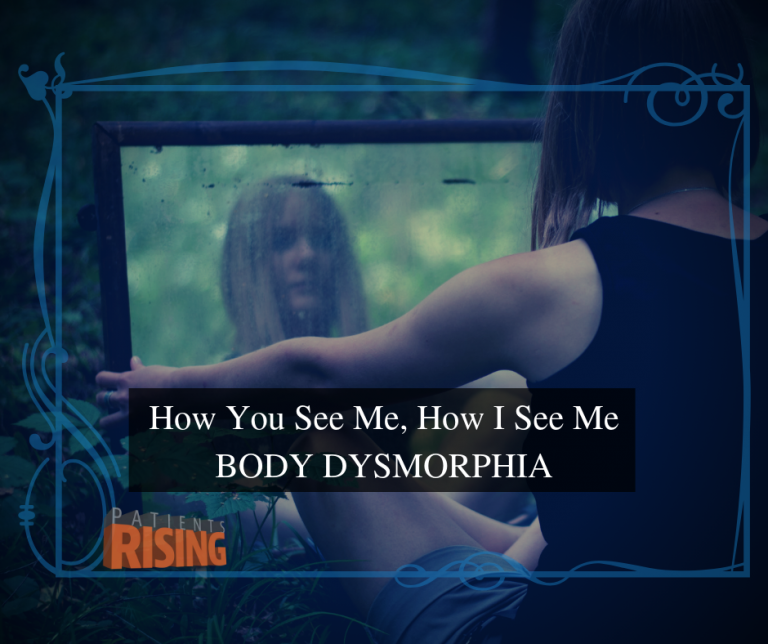 Body dysmorphia – I’ve struggled with mine for 13 years. My borderline personality disorder makes it worse by adding self-image distortion, depersonalization, and a host of self-destructive issues.

It started in the fifth grade when I was 10 or 11. I gained enough weight that I was considered ‘overweight’. I was bullied, teased, told to kill myself, and threatened with bodily harm and death, all because of my weight and how I looked and how dressed.

In middle school it was much the same. I was stuffing my bras in sixth grade because my breasts needed to look bigger to attract a boyfriend. I was so self-conscious. My style became oversized clothes that hid my shape, like sweats. My body dysmorphia was maybe at its worst.

High school was all about disappointment because, many of the people I was attracted to weren’t attracted to me. Looking back who really knows why, but at the time I believed it was because of my body or the way I dressed.

The things Melissa describes are classic signs of body dysmorphia.

According to Womenshealth.gov, “Body dysmorphic disorder (BDD) is a serious illness in which a person is overly worried about their appearance or about minor or imaginary physical flaws. Most of us worry about our appearance sometimes or are unhappy with some part of the way we look, but these worries don’t usually affect our daily lives, such as whether we go to work or school. People with BDD check their appearance in a mirror constantly, try to cover up their perceived flaw, or worry about it for at least an hour a day, and that worry interferes with their life in some way.

Women with BDD may worry about any part of their body, such as acne or another skin problem, a scar, the size and shape of their nose, their breast size, or their body shape.”

STRUGGLING TO ESTABLISH AN IDENTITY

My body was my enemy and I envied other girls. As for clothes, I did some wild things to find my identity, attract others, and get attention. I did whatever I could to show off my breasts and legs – colorful random outfits that would grab attention. Expressing myself with Goth/Emo fashion. I wanted to be like the skinny, pretty emo-girls on the internet, with the big, teased hair, dark makeup, and tight, ripped outfits complete with dangling chains.

Because of my body dysmorphia, I hated a large part of myself, my body. That self-hatred led to a desire to cause myself physical pain – a practice called self-harm. I would cut at my wrists or my thighs (they were easier to hide) and I did it for many reasons:

I self-harmed on and off for a long time, not ever breaking the habit fully. When I would ‘crash’ during major events in my life I’d find relief through the physical pain.

Melissa was performing ‘self injury’ or ‘self harm’.

The Mayo Clinic explains what this is: “Nonsuicidal self-injury, often simply called self-injury, is the act of deliberately harming your own body, such as cutting or burning yourself. It’s typically not meant as a suicide attempt. Rather, this type of self-injury is a harmful way to cope with emotional pain, intense anger and frustration.

While self-injury may bring a momentary sense of calm and a release of tension, it’s usually followed by guilt and shame and the return of painful emotions. Although life-threatening injuries are usually not intended, with self-injury comes the possibility of more-serious and even fatal self-aggressive actions.”

In my senior year of high school I tried diet pills. They never worked. A few different times throughout high school, I stopped eating, or I would barely eat anything for as much as a month or so at a time. I had been on birth control since the age of 13 and that made it almost impossible to lose weight. My food choices and overeating didn’t help either. Depression medication made me gain weight as well when I started them.

Community college got even worse. Still unsure of my identity, I wanted to be sexually attractive and look like the other girls. Staring into mirrors, taking pictures, but always focused on the things I hated about myself. Trying to dress like my friends but always disappointed because I didn’t look right in the outfits. Editing photos to fix things or slim down, or making sure to take them at the most slimming angles. I even joined the school’s “biggest loser challenge” and lost 40 pounds in 6 months! I ended up putting it all back on.

PREGNANCY – A CHANGE IN IMAGE

When I became pregnant my body dysmorphia just melted away. My pregnancy was very special to me since I had been told I had fertility problems. Being able to grow a life empowered me, and I have always found pregnant women’s bodies beautiful and I loved mine! I know not everyone feels this way about their body when they are pregnant, but for me it was a total change in how I saw myself.

After giving birth, and once my son was about 6-months old, I decided to become vegan. I lost 79 pounds plus an additional 27 from the pregnancy. That has been a great accomplishment for me, but it has also highlighted some of the permanent effects to my body that pregnancy and being overweight my whole life left behind.

I started modeling to try and correct all the warped images of myself I’d made over the years. It has been very empowering, though I still confront my breasts or tummy sagging in unattractive ways. My fight with my self image hasn’t ended. I anxiously await the day I can afford corrective surgeries to fix the diastasis recti from my pregnancy, my saggy belly skin, and a lift and augmentation for my breasts. I just want to be like the other models I look up to and work alongside. Self-acceptance is a life-long project and everyone’s road to find it is different.

I still can’t get it out of my head that there are things wrong with my body, even after all the weight loss, the modeling and the improvements to my health. Growing up, I felt like an outcast – I still feel like one.

Body dysmorphic disorder isn’t treated like a real a disease. It gets a lot of just try harder and just work out more, as if sheer will was the only barrier. The shaming of obese people doesn’t go away after weight loss either, it just becomes shaming of another kind. I’m still modeling, and it has helped, but there is still such an overwhelming, cultural beauty-paradigm to compare myself to. People should remember – we’re all hiding something about ourselves we don’t like.

My battle with my mind isn’t over. Like my body, it’s a work in progress.

According to the Cleveland Clinic, “treatment for BDD likely will include a combination of the following therapies:

If Melissa’s article interests you, you can read other works she has written with Patients Rising:

Melissa is a graduate of NHTI with two Associates Degrees. She is on track to finish her bachelors in professional 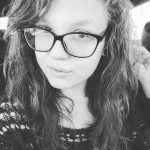 digital photography in spring 2020 with SNHU. Melissa enjoys most art mediums, but photography is the career path she is focusing on, honing her skills and developing her own business from home while raising her son and taking classes online. Melissa has two chihuahuas and a cat, but always wishes she could take in more because of her passion for animals.