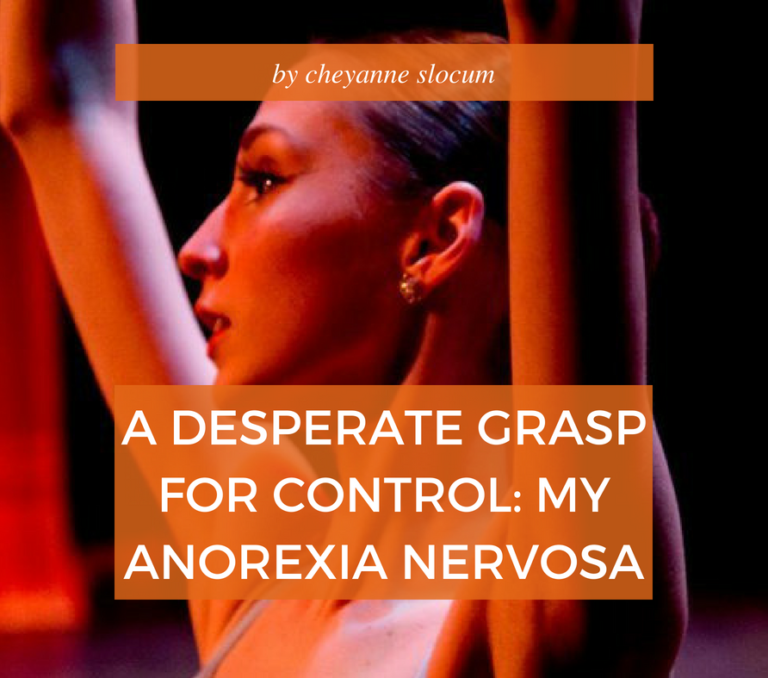 My eyes fluttered open, sterile fluorescent lights glared down onto me. I can’t see, I feel like I’m being strangled. My vertebrae ache from the pressure of the backboard. I can feel the forward motion of the stretcher but where is it going? All I can hear was a man’s raspy screaming in the distance. An irritated female voice responding to him, “We will take the face guard off you once you stop spitting at people!”

My mom’s voice responded, more scared than my own. “You’re in the emergency room Chey, you had a seizure!”

Before that moment, the last thing I remembered was the store spinning around me. The edges of my vision blurring and closing in. I ran into a clothes rack and excused myself to it. I guess I blacked out then – fell to the floor and apparently had a 3-minute grand mal seizure.

All I could ask myself after leaving the George Washington University Hospital emergency room at 1:30am was “How?”, “Why now?”, and “Jeeze, what a family vacation.” 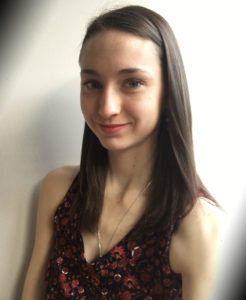 Two and a half years before that, in December of 2010, I was formally diagnosed with anorexia nervosa. I was 15 years old and weighed 79 pounds. My Body Mass Index (BMI) was 13.99 (any score below 18.5 is considered underweight). My body was starving.

I still remember the annual physical where my pediatrician diagnosed me. She talking at me rather than to me. I had stopped being a person and become a diagnosis. I stopped listening. To be honest, while that “79 pounds” shocked everyone else in the room – the nurse, the pediatrician, my mother – I was proud of it. I believed I had overcome the primitive, glutinous need for food. It was my own form of self-determination.

I had always been petite; something everyone always pointed out. It was always part of my identity. In fourth grade I felt that identity threatened for the first time…

Three classmates and I were walking back from our morning recess, all of them were bigger than me in weight and height. They began talking:

“My doctor told me I should lose some weight.”

“I am going to start eating better.”

“Yeah, I want to lose some weight too.”

In that moment, something in me changed. From that day on I stopped eating chocolate, cookies, ice cream – all junk food. My mother took notice of course, but I was still eating enough and growing, so things were okay. I remained very thin all throughout my childhood, my body image becoming central to my self-image and self-worth. By the time I was in high school, I was a stand-out student as well as a pre-professional ballet dancer. I was spending 20 or more hours a week in the studio. My identity now consisted of three things: thinness, good grades, and dance.

A DESPERATE GRASP FOR CONTROL

That summer I was at an elite dance intensive where I and three other teenage girls were put together in a single dorm room – a breeding ground for nothing good. One roommate was sent home early, the second was a raging bitch, and the third, well she was different. She was very quiet, studious, and shy – much like myself. She didn’t really make friends though I felt that her and I got along pretty well.

Along with her own questionable eating habits, she began to comment on my body all the time lamenting that she could not have my physique: 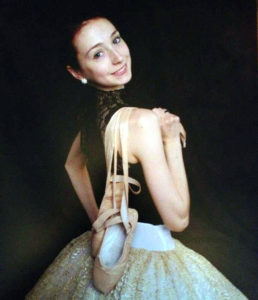 “What do you eat to stay so thin?”

She would go for walks after dinner to “burn extra calories” and was obsessed with reading my food labels.

Meanwhile, the director of the dance program offered me a full-time position at the school and a large scholarship to go with it. I felt that my future as a professional ballerina was sealed!

Unfortunately, my parents could not afford the remaining tuition. So after the four weeks of the intensive I went home to my small town in Western Massachusetts, but things had changed. I was disappointed in myself and angry at the world for not being able to pursue my dreams – what I wanted. Maybe if I was better I would have gotten a full scholarship instead of a partial one?

After that I sank into a dark hole. Feeling powerless, I strove to find some form of self-control. I settled on limiting food and burning extra calories. I lost weight very quickly but I lost happiness and hope too. The winter cold was intolerable, my hair thinned, my periods stopped, and I was exhausted, irritable, miserable. When I was formally diagnosed with anorexia nervosa in December of that year, it still took a full year to realize that I needed help.

I was a junior in high school at the time of my diagnosis and was in Advanced Placement Biology. As I learned about the systems that made life possible, biology became my new passion. It pulled me back from the brink. I wasn’t studying just to get good grades I was studying because I wanted to learn more! I was also fortunate to have an enthusiastic teacher. For the first time in my life, I had something other than dance to live for. Suddenly, I wanted to help myself.

I began to see a licensed clinical social worker and a nutritionist. My life was school, then appointments (which I kept to myself), then dance. Progress was not smooth, but slowly I made it to a better place. During this I learned two vital things:

YOU ARE NOT ALONE

To this day, my BMI is still under 18.5 but I am a lot healthier and happier than I was before the start of my recovery. I am now a second-year medical student at Weill Cornell Medical College in New York City, somewhere I never imagined I would be, doing something that, prior to that junior year in high school, I never thought I would be doing.

During my initial recovery, I was lonely. There was no one to talk to who had recently gone through anorexia nervosa. So after graduating high school and starting college I found my own voice. I am not ashamed to talk about my struggles anymore, because by doing so I raise awareness and help others who are in, or are contemplating, recovery.

I hope to use my story, past and present (because recovery doesn’t stop when you hit a certain number) to fill a vacancy that was present in my recovery –  someone to talk to honestly and openly. You are not alone. 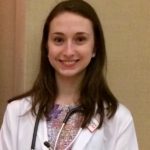