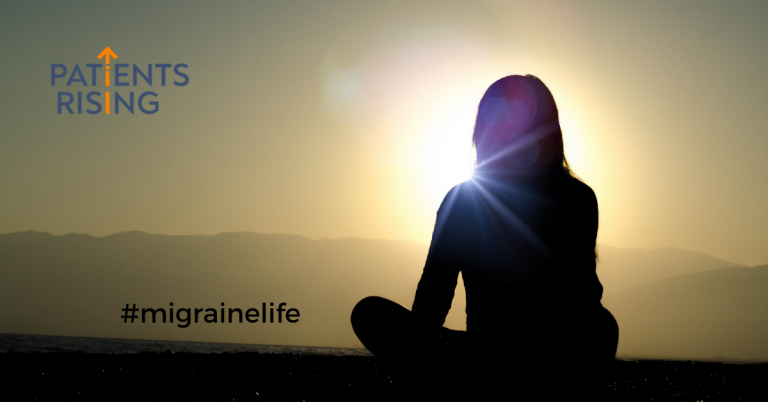 Readers, this is a longer than usual article, but once you start you won’t want to stop. Julia, on her search for the right migraine treatment and for patient validation, really shows the kinds of barriers that invisible illness runs into. This story is for all the #invisiblewarriors out there, and those living the #migrainelife . – jim

My name is Julia, and I’m 22 years old. I battle an ever-expanding pile of chronic illnesses, most of which can cause migraines. But allow me to start from the beginning, when my pile was still at “zero”.

HISTORY – AN 8-YEAR OLD WITH MIGRAINE

I was 8 when I experienced my first symptom: severe headaches. I called it “Headache Tummy Ache,” – my third grade way of describing adult-level pain and nausea. I’d return home from school, pale and quiet, and lie face-down on the living room couch. My parents would bustle around me, darkening the windows, covering my eyes with a cold washcloth, giving me a bucket to vomit in, and covering the couch with towels just in case I missed.

I would spend hours curled up like this; crying; sleeping; nibbling ice chips; begging for the pain to stop.

My parents didn’t know what to make of it. Why was their little daughter coming home from school with debilitating headaches and nausea? Was it something they packed in her lunchbox? Could there be an environmental trigger? Had she inherited her mother’s aura-inducing migraines? Or was it simply a ploy to get out of elementary school classes? Answer: none of the above.

As the years went by, more symptoms began cropping up.

After migraines, I developed depersonalization disorder (DPD) — a mysterious neurological condition that has always been nearly impossible for me to explain. It separates my brain from my eyes and me from my surroundings, as though I experience life in a disconnected dream-like state. My moods became unstable. It began with meltdowns, despondency, and crying spells.

I was 15 when I was diagnosed with severe depression and anxiety. The doctors thought this was the answer to my headaches: It must be stress. Because of this misdiagnosis, over twenty-five psychiatric medications prescribed to me from ages 15-17 would end up failing.

Along with frequent unexplained migraines and depression, high school brought with it more symptoms than I had ever encountered before. In gym class, any exertion rendered me immobile; gasping for air; heart palpitations hammering my ribcage; hips and back screaming in agony. I was be told that I was “just out of shape” and “needed to try harder”.

When the chronic fatigue set in, trying was no longer possible. I missed classes and meals because I couldn’t keep myself awake.

At the beginning of junior year, I left high school and got my GED. Both my parents and I were convinced at that point that my symptoms were entirely the result of my mental health issues.

After pushing through several years of community college classes, relationships, trauma, and symptoms I incorrectly blamed on anxiety, depression, and PTSD, I ended up at film school in Los Angeles. I would tell my story through the art of screenwriting. I had always loved writing, and I wanted to use that to help others, share my experiences, and advocate for mental health. 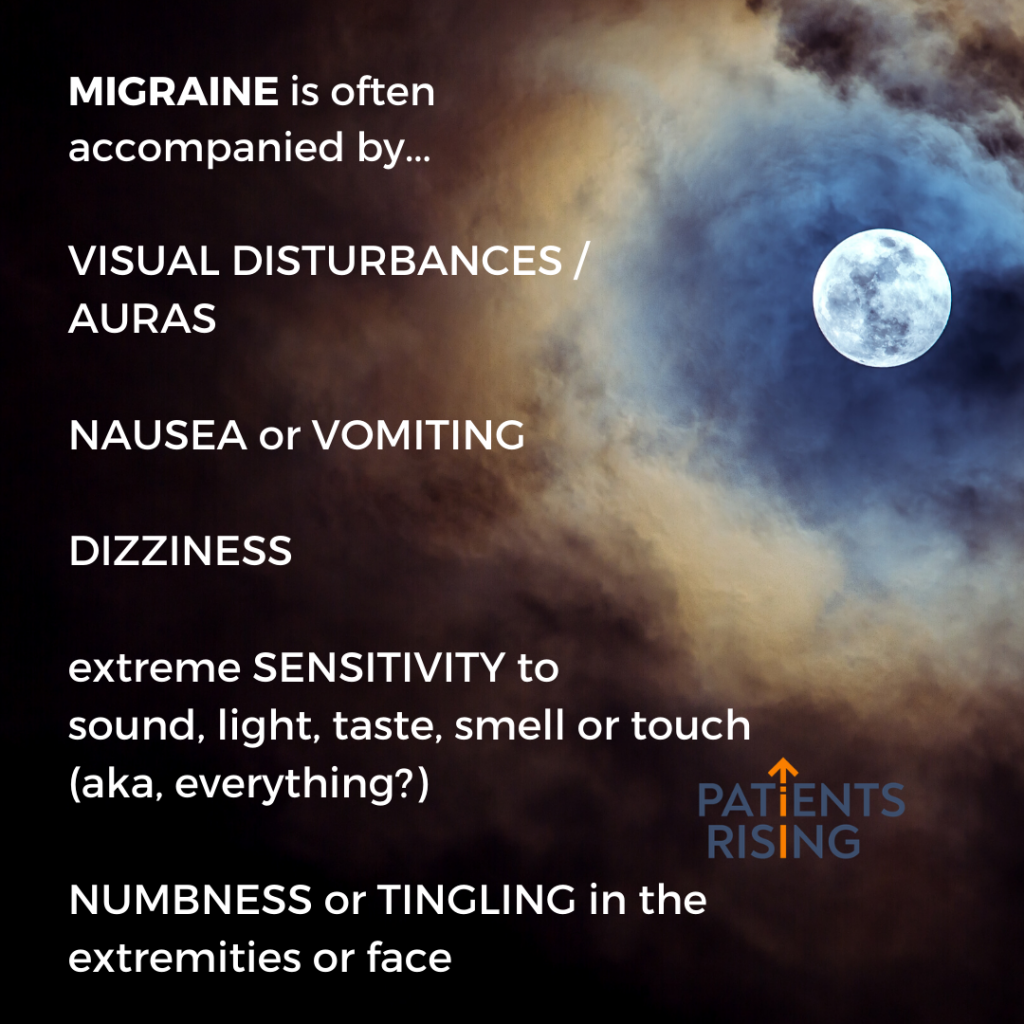 Six months into my education, I hit a tipping point. I was already enrolled in the school’s disability program (for Bipolar 2 disorder), which allowed me to miss class without consequence if I wasn’t feeling well enough to attend.

In October, fatigue hit me like a truck. Not only could I not go to class, I couldn’t even walk the five blocks to the grocery store, take my dog out, or get out of bed for more than an hour or so a day. I wasn’t on the right migraine treatment because the cause of the migraines was still unexplained. I stopped being able to keep food down due to horrible nausea, and was essentially living on Excedrin Migraine to keep my headaches at bay. My body was covered in unexplained bruises, and although I slept about 18 hours a day, I always slept restlessly and felt exhausted in every part of my body. I could no longer function at all.

My parents brought me home to Portland so I could see my primary care doctor. After many tests, she finally determined why I had been so sick for so long: late stage Lyme disease. This diagnosis changed my life in ways I couldn’t have imagined.

On one hand, I had an answer for everything I had been going through:

On the other hand, advanced-stage tick-borne illnesses was poorly understood, even controversial. I encountered humiliation, dismissal, and doctors’ refusal to treat me over the following years. But more than anything, I didn’t anticipate the extreme levels my body and mind would be pushed to in battling the diseases themselves. 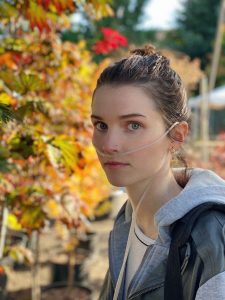 At the beginning of 2019, I was hospitalized for four days for what turned out to be viral meningitis. After that, my head seemed to be split wide open and headaches were around-the-clock.

I’d had migraines for over a decade, but something seemed different. Meningitis is known to do this. I ended up in the hospital five times for headaches and once for meningitis in just 6 months. The hospital became suspicious when I showed up over and over in excruciating pain. Because headaches are invisible, doctors simply have to take your word for it.

During ER visit number four, I showed up half-conscious, half-blind, and vomiting in my hair. My mom and my partner had to carry me there. After waiting for several hours, a doctor came in just to tell us that I would not be receiving any kind of treatment for my pain because they suspected me of drug seeking. I was sent home without relief.

ER visit number five proved to be much the same, until I put my foot down and demanded care. I was kept there for four days while they ran test after test, concluding that it was likely viral meningitis or some kind of migraine disorder, and that they couldn’t help me. They did, however, refer me to a headache specialist, whose waiting list was months long.

During the six months following that hospital visit, I was given a prescription for a migraine suppressant called Topomax and the painkiller Tramadol to keep the head pain at bay. I couldn’t tell at that point if I was getting headaches daily, or if it was one long, continuous, unstoppable headache. I did my best to keep myself out of the hospital.

The Tramadol worked only sometimes; I ended up supplementing with daily Excedrin Migraine. The combination kept me generally sane, but not by any means pain-free. On the worst days, I had to revert to my childhood headache treatment: lying in a dark room for hours on end, an ice pack on my forehead, the same plastic bucket at my side in which to vomit.

During that summer, I was also being treated for Lyme and co-infections with IV antibiotics, all the while my Lyme-literate doctor hoping it would tackle the root cause of my unrelenting head pain, but a new problem – heart condition – cut my treatment short.

When October rolled around, I was sicker than I had ever been. Clearly this wasn’t the right migraine treatment for me. What’s more, I developed metabolic acidosis, meaning my kidneys were failing to regulate the pH of my blood which was becoming more acidic. This made me weaker by the day, and more and more diagnoses were added to my growing pile:

When it finally came time to see the headache specialist, I didn’t know what to expect. Would she be able to help at all, given that her specialty was headaches, and I was already suffering from a multitude of diagnoses for which headaches were only a side effect?

But I was pleasantly surprised. The specialist immediately noted that she saw many young women with complex medical conditions, and that she could help me.

She immediately took me off of Topomax, suspecting that it was worsening my metabolic acidosis, if not causing it altogether. I was prescribed a once-a-month injection of Aimovig, the first medication that ever actually seemed to lessen the number of migraine days I experienced. She shipped me a GammaCore vagal nerve stimulator to abort severe head pain.

Things began looking up — at least in terms of my migraines. Without their acute pain rendering me entirely disabled on a near-daily basis, I was able to function more normally. But there was still a question of why I was getting headaches that mimicked meningitis and sending me to the ER. I felt like I was getting the right migraine treatment but in November, about a week after my second injection of Aimovig, I landed in the hospital with yet another meningitis scare. The lumbar puncture returned negative, with only one white blood cell more than the normal range found in my cerebral spinal fluid.

With each visit to the ER, I grew more and more hostile and closed off toward the doctors. I had been traumatized by their disbelief and lack of compassion so many times within the span of nine months that I found it difficult to communicate with emergency room physicians without a certain level of defensiveness. Would I be sent home with yet another reason to hate hospitals, humiliated, disrespected, entirely disbelieved? Yes, I was. 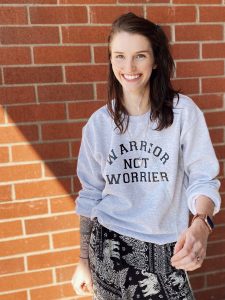 I am still working with my headache specialist, who believes and supports me. But I haven’t found the right migraine treatment yet and I am still left without answers.

My chronic illnesses have left me in so much pain that I am unable to work or attend school, they have given me medical PTSD, caused me to develop depression and anxiety from years of doubt and dismissal. These diseases are very real to me, to my family, and to everyone else out there experiencing them. They are real, even though they were not understood and thus disregarded by the majority of the medical community.

I am an advocate for the funding, study, and general awareness of “invisible” illnesses. Someday may they become as visible to others as they feel to those of us who suffer from them.

Migraines and other unexplained head pain have been a massively debilitating part of the journey through chronic illness for me and for many others. Headaches are only the tip of the iceberg in the world’s great need to address misunderstood and under-treated diseases.

At Patients Rising we are working with a panel of migraine experts (doctors and patients) to go deep on what the outstanding issues are for migraine sufferers. We know there are access and affordability issues and a need for empowerment through education and connection to resources but we need YOUR truths about migraine. Reach out to the Patients Rising team at AskUs@patientsrising.org or you can reach me directly at jsliney@patientsrising.org. Use the subject line “Migraine Panel”.