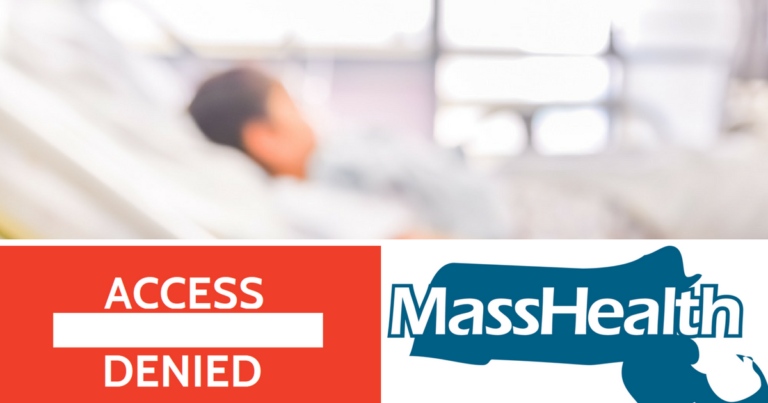 Patient advocate Lilly Stairs writes that a Massachusetts health waiver could leave thousands of patients with no options, no health and, ultimately, no hope.

As a patient with multiple chronic illnesses, I’ve always felt grateful to at least live in Boston. There’s no place I know of with better access to cutting-edge care and leading institutions staffed by some of the most compassionate and talented professionals in the health care field.

Knowing this, it’s especially disappointing to learn that the state of Massachusetts is attempting a procedural sleight of hand that will leave patients like me with fewer options, worse care and serious risks to our lives that will inevitably follow.

Massachusetts health officials recently asked the Center for Medicare and Medicaid Services to amend the Affordable Care Act’s Section 1115 Demonstration Project. This seemingly mundane reform would threaten patients’ ability to access the life-saving treatments that are prescribed by my doctor. If granted, it would limit state Medicaid coverage to only a single drug per therapeutic class.

This change would cause abrupt and serious treatment disruptions for patients enrolled in MassHealth, the state’s Medicaid program, because if they are not using the state drug of choice to treat their condition, they are out of luck. The offering of only a single drug per therapeutic class is extremely dangerous for patients living with anything from an autoimmune disease to cancer to a mental health condition.

My patient journey is a perfect example. Six years ago, at the age of 19, I received back-to-back diagnoses of serious, chronic autoimmune diseases. The psoriatic arthritis diagnosis resulted in total paralyzing joint pain that made even the slightest movement excruciating. Crohn’s disease left me with bleeding ulcers in my small intestine that made even the simple act of drinking a few sips of water excruciating.

I endured countless failed treatments, debilitating fatigue, strained relationships and more pain than I could have ever imagined. But I am now blessed to have just celebrated four years of medically controlled remission because of the life-saving therapy I receive every two months that treats the symptoms of both my autoimmune diseases.

While there are several medications on the market approved to treat my autoimmune diseases within the same therapeutic class, I’ve only found one medication that works for me. This is not uncommon.

There’s a reason precision medicine is all the rage in health care, and it’s because no person is the same as any other. I failed on every other medication in my therapeutic class, leaving me bedridden, unable to move, in unbearable pain and quite frankly having a life hardly worth living.

But now I have a medication that works. I’m a vibrant, productive member of my community. I have a full-time job. I’m independent and responsible.

These may seem like minimal personal goals, but for a person with serious health problems, they are nothing short of living the dream.

That’s why the state’s attempted waiver makes no sense; the risks are obvious, and the policy proposals totally unworkable.

For example: If patients like me have to call 911 and wind up in the emergency room, they’re covered. But if that same patient only requires a successful medication to stay healthy, they had better hope that the one single drug covered by the state keeps their disease under control.

Every patient advocate like me will tell you that denying patients access to a medication that works is cruel. But the real kicker in all of this is that it won’t even save the commonwealth any money (obviously a major motivation). After all, a patient in distress can’t work and spends practically every day in a doctor’s office or, worse, a hospital bed.

I can’t imagine patients were at the table when this waiver was drafted. They must be present every step of the way during a process like this, whether at bedside, within the biotech and digital health industries or on Beacon Hill or Capitol Hill.

What Massachusetts is trying to do will leave thousands of patients like me with no options, no health and, ultimately, no hope. It must not be approved.

Lilly Stairs is the head of patient advocacy at Clara Health, a Cambridge business that connects patience with clinical trials of new treatments and medicines.

Massachusetts Health Waiver: Are you a patient impacted by this proposal?

Are you a patient that could be impacted by the proposal for a Massachusetts health waiver?

Tell us your story.