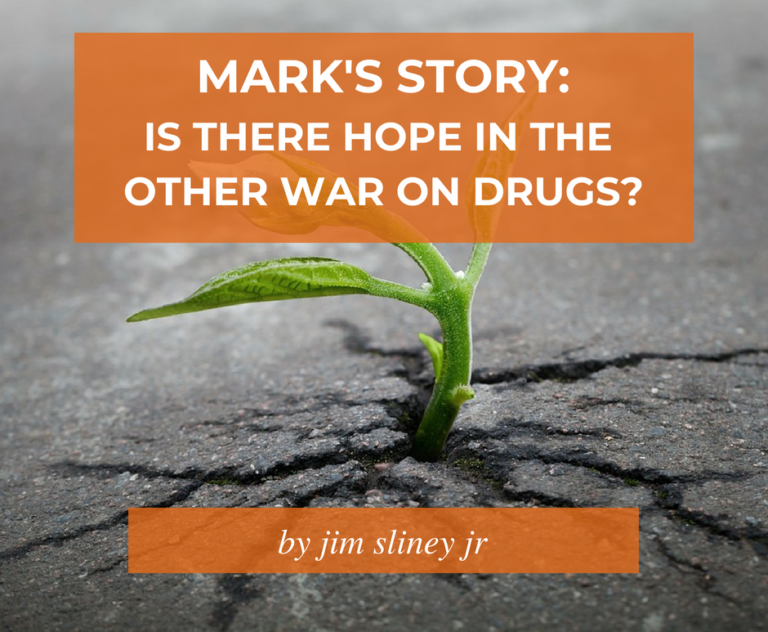 Mark Winland, 55, lives with his wife in Oceanside, California. He is lab tech, a United States Marine and a chronic pain patient. 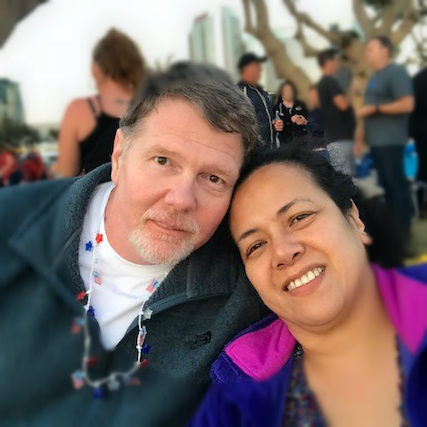 At that point Mark’s pain management doctor decided it was worthwhile to test Mark for a certain genetic abnormality. Mark was tested and found to have the cytochrome P450-2D6 gene defect (“CYP-2D6”); a failure of certain enzymes in the liver and intestines that leads to, among other things, an inability to break down and absorb hydrocodone, oxycodone among several other drugs.

“They put me on Oxymorphone ER (“Opana”) 30mg twice per day, and hydromorphone 8mg every 4 to 6hrs per day. That has been working great – working every day. No more surgeries. No need to up my medicine. Just right for 4 years.”

A chronic pain patient like Mark is almost always well managed on pain medication. Addiction rarely happens when chronic pain patients are being followed by a doctor. All states (excepting Missouri) have in place a Prescription Drug Monitoring Programs (PDMP). PDMPs track prescription requests and fulfillment to ensure they are not occurring irresponsibly or illegally. Patients also do random urine drug tests to screen for outside drugs. Some patients, like Mark, even get pill counts and see an addiction specialist to ensure compliance and stability.

Despite doing all of that without protest, Mark’s doctor decided to lower his pain medications drastically. This is the great dilemma for the chronic pain patient in America.

In 2016 the CDC released its Guideline for Prescribing Opioids for Chronic Pain which provided suggestions on how to prescribe opiate pain medications for those in long term need. Unfortunately, the guide excluded input from physicians caring for chronic pain patients or the patients themselves. According to a 2016 paper in the Canadian Medical Association Journal, when the guide was drafted, the CDC “restrict(ed) involvement to experts who have been critical of opioid use for chronic non-cancer pain, limited involvement of patients” and had significant restrictions on what scientific evidence they applied. As a result, and despite being suggestions only, the CDC guideline has led to significant problems in interpretation and implementation. Mark was confronted with just such a problem.

“I started needing prior authorizations (from insurance) for oxymorphone. They approved it but I went without for 6 days and no one cared. Now my doctor tells me I need to taper down on my medicine from 340 mg morphine-equivalent to 90 mg morphine-equivalent. That would take me completely off oxymorphone and reduce me down to only three 8 mg hydromorphone a day. My doctor is great but he says there is nothing he can do – he could lose his practice.”

FEAR AND UNCERTAINTY IN THE PAIN COMMUNITY

What Mark’s doctor is worried about are crackdowns like those being conducted by the Drug Enforcement Agency (DEA). Here is one example of many: on June 12, 2018 in Louisville Kentucky, the FBI, DEA, Kentucky State Police and the Louisville Metro Police Department raided the offices of the Bluegrass Pain Consultants and shut them down. The agencies were conducting an investigation, but the doctors had no warning and, worse yet, the patients had no warning.

Patients continued showing up for their appointments only to find a handwritten note on the door saying, “office closed”. No one wants to be subject to that kind of ambush.

WHY PHYSICIANS SHOULD WORRY LESS

In a paper titled “Between a Rock and a Hard Place: Can Physicians Prescribe Opioids to Treat Pain Adequately While Avoiding Legal Sanction?” from a 2016 issue of the American Journal of Law & Medicine, the authors clarify a major concern:

“Under the CSA (Controlled Substances Act), it is unlawful for any person to knowingly or intentionally … manufacture, distribute, or dispense, or possess with intent to manufacture, distribute, or dispense, a controlled substance, conspiracy to do so is also a criminal offense.” However, “Authorized individual providers with a certificate of registration who issue a valid written prescription for a controlled substance for a legitimate medical purpose … in the usual course of his professional practice, are exempt from the CSA’s prohibition.”

The law is on the physician’s side. But they see the news too and their concern for their practice and profession is understandable.

Confounding the outlook for doctors and patients is the Department of Justice. Jeff Sessions directed DEA to cut opioid manufacturing by 25% in 2017 and an additional 20% in 2018. Yet, in the DEA’s own 2017 National Drug Threat Assessment they state, “With the successful reduction in availability of controlled prescription drugs, more users may shift to abusing heroin, a cheaper, easier-to-obtain opioid that produces similar effects for users of prescription drugs”. This suggests they are aware of the harm they are doing by restricting opioid prescription availability. But Sessions’ position on chronic pain was made disgustingly clear in February 2018 when he said, “People need to take some aspirin sometimes and tough it out a little.”

In all of this government mess and legislative contradiction, there are people like Mark, trying to live their lives with dignity and honor.

It is bad enough to think that Mark, who experiences pain every day of his life, would have to exist with less support for his pain. But the problem doesn’t stop there. Because of intractable pain Mark has been missing work. “If I keep missing days I will lose my job. I love my job. I want to work. What can I do?”

If Mark lost his job it could impact many aspects of his life. This cascade of problems is a common issue. According to Dr. Melanie Greenburg for Psychology Today,

“Research studies have shown that job loss can take a psychological and biological toll as well, leading to depression, anxiety disorders, increased symptoms (impacting the body), such as fatigue or headaches, and higher rates of medical illness. This toll may be worse for men, who are socialized to evaluate their self-worth in terms of their financial and career success. Suicide attempts also rise with unemployment.”

We can’t sit by and let that happen. What can a CPP do?

WHAT CAN A CHRONIC PAIN PATIENT DO?

If you find yourself in a position like Mark’s, the best course of action is to find a way to work with your doctor. One such way is through the influence of professional organizations.

The American Academy of Pain Medicine has a list of position statements that support opioid legislation but not at the expense of the patient or the physician. Their statements are clear and concise and you will find a 1 or 2-page document there that, if shared with your physician, might provide some perspective on the care decisions you come to together. YOU CAN FIND THOSE HERE.

Another way is by writing to congress or media outlets. People With Pain Matter is a 501(c)3 non-profit organization whose mission is to raise public awareness of the impact of chronic pain on the lives of nearly 100 million Americans. They believe “our country’s response to the opioid epidemic has had drastic, unintended consequences for people suffering with pain.” They offer easy templates for contacting congress and the media. You can find all their services BY CLICKING HERE.

You should also familiarize yourself with the work Patients Rising has done with chronic pain.

Here are just a few of our relevant articles:

YES, WE HAVE AN OPIOID CRISIS, BUT THE ANSWER ISN’T TO BLOCK ACCESS FOR PATIENTS IN REAL PAIN

LEGISLATORS ARE INTERFERING WITH MY PAIN MANAGEMENT

Mark and the chronic pain community must do everything possible to self advocate. It’s frustrating, sometimes demoralizing, but there is hope. The voices of our friends, neighbors and loved ones are growing louder. Don’t quit the fight.