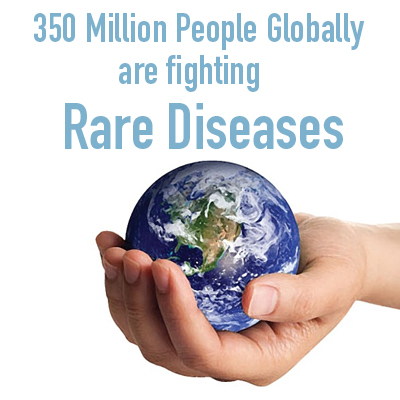 What does it mean to live with a rare disease?

To understand, you need perspective. One in every 11 Americans has a form of diabetes, a common disease in which the body is unable to properly manage insulin. Doctors know how to treat diabetes, and your friends and family have a pretty good understanding of its challenges. Patients living with diabetes also have global organizations like the American Diabetes Association and their $200 million war-chest in their corner.

In contrast, one in every 5,000 people are born with Ehlers-Danlos Syndrome, a group of inherited disorders marked by extremely loose joints, very stretchy skin that bruises easily, and easily damaged blood vessels. Patients often lose valuable years before being properly diagnosed and treated. They are supported by The Ehlers-Danlos Society, which is worth less than $1 million. You won’t even find it on Charity Navigator.

Think of the burden of having a medical condition that no one outside of your family understands, perhaps not even the doctor treating you. You begin to be defined by your rare disease. The longer it takes to explain, and the more times you have to explain it, the more it becomes part of your identity.

You become the person in the room “with that rare disease no one has ever heard of.”

Such an identity crisis can only but interfere with being a mother, a husband, a student, a member of the church choir, a doctor or whatever you would choose to be defined by. Isn’t life hard enough already?

A patient living with a rare disease has less information, fewer resources, and more obstacles to accessing the right treatment.

According to Drugs.com, there are 48 different drugs that treat elevated cholesterol. Likewise, if you search for “lifestyle changes for high cholesterol” you probably won’t be able to read all the results in a single day (by the way, there is good advice for high cholesterol management at the American Heart Association– FYI, they’re worth $1 billion).

Meanwhile, if you have Retinitis Pigmentosa, you’ll find there are no drugs to treat it, and the lifestyle changes to cope with it are limited to little more than “using a magnifying glass” or finding the “next best-spot” that you can see.

Scientific American estimated the cost of developing a new drug at $2.5 BILLION. Some estimates run as high as $5.5 billion. The California Biomedical Research Association states that it takes 12 years for a drug to go from research development to becoming usable by a patient. 12 years and $5.5 billion? Who is going to invest in that when a rare disease is defined as having fewer than 200,000 patients?

To spur investment in innovation, Congress approved the Orphan Drug Act in 1983 with the goal of fast-tracking approval to bypass the 12 years and $5.5 billion cost. The effectiveness of this legislation has been measurable. In 1983, only 38 orphan drugs had been approved. Since 1983, the FDA has approved more than 500. 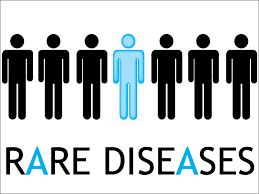 Good news, but there is a catch.

Many insurance companies prevent patients from accessing these treatments by shifting the cost to patients. One common tactic, prior authorization, requires doctors to obtain advance approval before a necessary procedure, or medication is provided to a patient. Does your doctor know your disease well enough and have enough time to argue against a juggernaut designed to keep costs down?

A 2013 survey of private insurance companies found that only 17% had any kind of strategy for addressing the high cost of orphan drugs. Of those 17%, two-thirds relied on prior authorization to control costs.

A Gap in Knowledge

If you are lucky enough to have a doctor who understands the challenges of living with a rare disease, they, too, will struggle to find for the right information and resources. As a result, many patients living with a rare disease are farmed out to a specialist. But, there is no guarantee he or she will know your condition either, or know it well enough to give you the care you need. You’re like the vacation photo album that everyone keeps passing around. When will it stop?

What Can a Rare Disease Patient Do?

Get to know your advocates.

The good news is that there are organizations fighting tirelessly for the needs and rights of patients living with a rare disease. One such organization, the National Organization for Rare Disorders in February 2017 made an appeal to Congress to maintain the vital protections established by the Affordable Care Act that stopped discrimination against rare and often times expensive disorders. Here are the items they wished to see preserved:

EURORDIS (Rare Diseases Europe) also represents the needs and concerns of rare disease patients. One of the authorities they appeal to is the EU National Competent Authorities for Pricing & Reimbursement. EURORDIS’ goal with them is to establish a fair-price-negotiations function, to foster early dialogue between payers and industry, and bring together the best practices throughout the EU into a new updated policy for rare disease management.

Each of these organizations brings together the support organizations for individual rare diseases into a sort of congress (the functional kind) that moves forward the needs they all share. By pooling resources and standing together they make a noticeable impact.

These organizations can also guide you on the one thing that will empower you more than anything else…education.

Do your research. Read the literature. Know your drug/device/surgical options and potential outcomes. Investigate what the latest research is in the field. Really try to understand your disease, its history and its future. Also, familiarize yourself with the terms you’ll need to know to have a smart talk with your doctor. Nothing will empower you more than knowledge.

A Closing Word of Hope

In his first address to Congress, President Donald Trump acknowledged the existence of rare diseases! It wouldn’t raise an eyebrow if it were a comment on heart disease. Thanks to the persistence of advocates, rare diseases are on his radar.

Jim Sliney, Jr. is a freelance writer/editor and a student at Columbia University where he majors in Creative Writing. He is a Registered Medical Assistant which he leverages to write educational and empowering articles for patients with rare and under-served diseases.