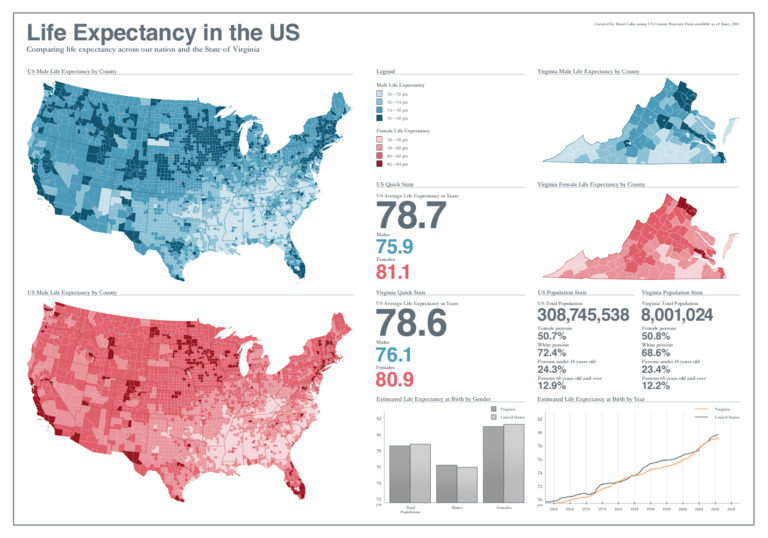 For First Time in Decades, Life Expectancy in United States is Down

For the first time in a generation, life expectancy in the United States has declined.

According to a new report published by the National Center for Health Statistics, the overall life expectancy in the United States dropped from 78.9 years to 78.8 years. And while the loss of a tenth of life year might not sound like a lot, it’s the first time in 23 years that there’s been a decline in life expectancy.

“This is a big deal,” Philip Morgan, a demographer at the University of North Carolina, Chapel Hill, told NPR. “There’s not a better indicator of well-being than life expectancy,” he says. “The fact that it’s leveling off in the U.S. is a striking finding.”

For men born in 2015, researchers predict your life expectancy to be 76.3 years — down two-tenths of a year. American women also saw a drop in life expectancy from 81.3 to 81.2 years.

So, what’s causing the drop in life expectancy? A higher mortality rate. Mortality rates increased for eight of the top 10 leading causes of death.

Health Experts: “We Should Be Very Concerned”

“I think we should be very concerned,” Princeton economist Anne Case told the Washington Post. “This is singular. This doesn’t happen.”

The last time the United States saw a decline in life expectancy was in 1993, when “AIDS and a brutal flu epidemic swept the nation.” Health experts are also worried because this year’s decline follows three years in which the trend has been “largely flat” instead of the “steady increase which has prevailed since the 1970s.”

“This is unusual,” says lead author Jiaquan Xu, an epidemiologist at the NCHS. “2015 is kind of different from every year. It looks like much more death than we have seen in the last few years.”

This is Why We Must Prioritize Innovation in Health Care

A drop in life expectancy should be a wake-up call to policymakers.

This is exactly why we need to make innovation an ongoing priority in health care. There isn’t a point at which we have innovated enough. Diseases mutate. Treatments lose effectiveness. New technology creates new threats to our health and safety.

Innovation in health care means we develop new cures and treatments to save and extend patients’ lives.

And innovation doesn’t happen by accident. It requires a major investment in time and resources. Our health care system will only innovate if we make it a top priority and demand a system that provides incentives for researchers, companies and doctors that find new solutions.