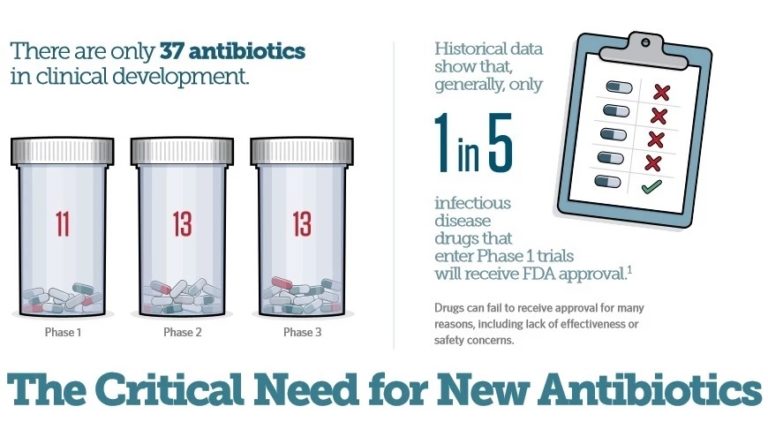 A patient is infected with a contagious “superbug” that is resistant to all modern medicine.

It sounds like a movie plot, only it’s not fiction.

“I think this is the harbinger of future badness to come,” Dr. James Johnson, a professor of infectious diseases medicine at the University of Minnesota, told Stat News.”It’s happening. It’s just happening — so far — on a relatively small scale and mostly far away from us. People that we don’t see … so it doesn’t have the same emotional impact.”

Dr. Johnson’s prediction of future “badness” may be coming true. This isn’t the first case of a “superbug” reaching the U.S. In 2015, a drug-resistant superbug at the Ronald Reagan UCLA Medical Center infected at least 179 patients, and two died.

WHO Report: Antimicrobial resistance “threatens the achievements of modern medicine”

Superbugs have the potential to turn routine medical procedures and common treatments into risky, life-threatening propositions.

“A Doomsday scenario is that transplant surgery will be impossible, chemotherapy likewise,” Toby Jenkins, a biophysical chemist at the University of Bath, told CNBC. “Even a dental abscess could become deadly, or at least very painful.”

In 2014, the World Health Organization went so far as to say that antimicrobial resistance “threatens the achievements of modern medicine.”

“An increasing number of governments around the world are devoting efforts to a problem so serious that it threatens the achievements of modern medicine,” the World Health Organization concluded in its 2014 report. “A post-antibiotic era – in which common infections and minor injuries can kill – far from being an apocalyptic fantasy, is instead a very real possibility for the 21st Century.”

The British Review on Antimicrobial Resistance estimates that “by 2050, 10 million lives a year and a cumulative $100 trillion of economic output are at risk due to the rise of drug resistant infections.”

Superbugs: Is this an innovation crisis?

New “superbug” therapies don’t exist, and don’t seem to be on the horizon.

Last October, the Centers for Disease Control and Prevention touted more than $14 million in grants to fund new approaches to combat antibiotic resistance. More will almost certainly be needed. Research and development of new life-saving treatments take decades and billions of dollars.

“Producing a new drug is a grinding and expensive endeavor,” Kerry Jackson, a fellow at the Pacific Research Institute, wrote in an opinion piece featured at the Orange County Register. “It can take 10 to 15 years to develop a single prescription drug that is introduced to the market, and a company can spend as much as $5.5 billion on research and development for each medication that is eventually approved and prescribed. Less than 2 percent of all projects launched to create new drugs succeed.”

We’re constantly reminding policymakers about the vital importance of innovation in health care. Microbes are an ideal reason why.

The only response to this catastrophic threat is innovation. Ongoing. Constant. Infinite innovation.

“These evolutionary changes will occur regardless of the number of new antibiotics approved,” writes Pacific Research Institute’s Wayne Winegarden writes in the 2016 report “Incenting the Development of Antimicrobial Medicines to Address the Problem of Drug-Resistant Infections. “Consequently, an adequate pipeline of new therapies to cure these infections is always necessary.”

For more on superbugs, check out Stat News’ video about how superbugs grow and evolve.