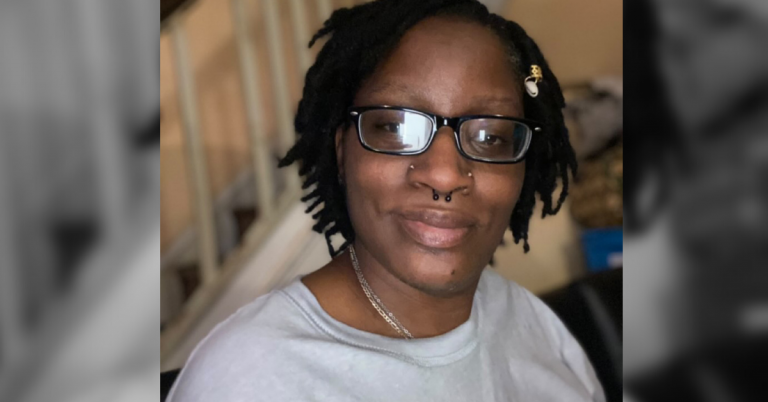 In the U.S., wide disparities exist between White Americans and People of Color in the access to and delivery of quality healthcare. This difference is also visible in the Patients Rising community of patients, advocates, caregivers, and partner organizations. Among the most recognizable are the members of the Inflammatory Bowel Disease (IBD) community. Wishing to understand such disparities better, we explored the literature and community blogs. Literature searches in general revealed data to be less than current, while the community’s voice was clear and present.

This will be the first of several articles in a project to delve deeper into the characteristics of IBD in People of Color (POC). The goal is to improve understanding, identify obstacles to affordable access to care, and find possible solutions.

A (VERY) BRIEF REVIEW OF IBD

SIGNS AND SYMPTOMS OF IBD

HOW IS IBD DIAGNOSED?

Normally IBD is diagnosed by visual confirmation on an endoscopy (for Crohns) or colonoscopy (for UC), or on imaging studies (MRI, CT, contrast radiology). Stool samples can also be tested to rule out infection. Blood can be tested to confirm the diagnosis, as with C-Reactive Protein testing (an inflammation marker).

Sometimes there is difficulty determining between Crohn’s and UC in biopsies or endoscopic testing. This happens in 10-15% of cases and is called “indeterminate colitis”.

HOW IS IBD TREATED?

Since IBD is largely a disease of inflammation, it is most commonly treated with anti-inflammatories or immunomodulators. Biologics and Biosimilars are also used to treat inflammation specific to IBD.

If IBD is serious enough, it could require surgery to remove the badly damaged portions of the gastrointestinal tract.

WHAT ARE THE RISK FACTORS FOR IBD?

IBD is usually diagnosed in the relatively young (<30 years old), but can develop as late as someone’s 50s or 60s. While it has been held that White Americans are at the highest risk of the disease. IBD in People of Color has not been studied or reported as thoroughly and sothey may be at similar risk.

WHAT IBD IS NOT

IBS is not an Inflammatory Bowel Disease because IBS is not an autoimmune condition; it does not cause inflammation or tissue damage. Signs and symptoms can include cramping, abdominal pain, bloating, gas, and any combination of diarrhea or constipation, so comparisons are understandable. The similarity in abbreviations is also unfortunate. But IBS does not cause changes in bowel tissue or increase one’s risk of colorectal cancer.

While Celiac does cause inflammation, it is also not an autoimmune disease and thus not an Inflammatory Bowel Disease. Rather, CD is an immune response to gluten. It causes some similar symptoms including diarrhea, fatigue, and weight loss, but can also cause bloating and anemia. Similar to IBD it can result in malabsorption (inability to absorb nutrients in the intestine) and malnutrition. Removing gluten from the diet can reduce or remove the symptoms of celiac over time.

IBD IN PEOPLE OF COLOR

HOW COMMON IS IT?

In 2015, the CDC estimated that 1.3% of Americans (~3 million) had reported being diagnosed with IBD. Of these, non-Hispanic White Americans made up the majority. Around that same time, researchers were challenging that perception by, for instance, finding an increasing number of non-Hispanic Black Americans that reported a diagnosis of IBD (1). Such increases in reporting, diagnosis, and outcomes have been happening across a spectrum of POC.

Overall, the incidence and prevalence of IBD in People of Color is on the rise (2). A population-based study in 2019 found that from 1970-2010 the incidence rates of IBD for White Americans increased by 39% but in POC the increase was 134%.

Note: The information provided here does not, by virtue of the language used at the time of publication, use contemporary naming conventions.

A 2015 study from the Clinical Gastroenterology and Hepatology journal found that U.S. patients of Indian origin have a greater risk for all types of IBD than any other American populations including White Americans (3). More broadly, among all South Asians in the U.S., a higher rate of fistulae, perianal disease and rectal pain were seen compared to White Americans, but they were diagnosed at an older age (4).

There are few recent publications of IBD in Black Americans specifically; most look at POC more generally. Yet, research from the early 2000s attempted to better understand the comparative experience of Black Americans in comparison to White Americans, though they often found rates of disease between the two to be similar. Some investigations found that the extraintestinal manifestations (EIM) of IBD were similar between the two, though there was contrasting findings regarding the rates of perianal disease (5) (6). Black Americans with Crohns were found to have a greater frequency of IBD-related arthritis and ophthalmological disease (uveitis in particular) compared to White Americans (7).

A review of studies revealed that Asians and Hispanics (unspecified) tend to present with UC that affects the entire colon (as opposed to isolated sections), and that hospitalization for Crohn’s is increasing in Asians-in-general (2). Also, Crohns among Asians-in-general occurs more commonly in males than females (6) which is opposite in race-nonspecific findings. UC was diagnosed more in Hispanics than Crohns (8) which is consistent with ethnic-nonspecific findings, but Mexican Americans in particular had significantly lower manifestation of joint pain and osteoporosis compared to White Americans (7).

It has been difficult to find epidemiological data on Native Americans or specific subgroups of Asian diaspora.

“The incidence of IBD has been increasing in African American and Hispanic patients in recent decades. But it is harder for these patients, and Black patients in particular, to receive the care they need.” – Gastroenterology & Endoscopy News, 8/19/20.

Several studies also identified race-and-SES-based disparities in outcomes for IBD, including in-hospital mortality rates and health-related quality of life. Such disparities impact both the delivery and effectiveness of healthcare for patients with IBD. Studies however seem to remain limited in their ability to identify and correct these issues.

We find that various publications point to a need for better understanding of the lived experiences of IBD in People of Color. The project we are undertaking therefore will look at as many cohorts of POC as we have the capacity to see. We will expand our site by partnering with organizations that are dedicated to these different communities.

Together, the hope is that we will better understand the culture and challenges IBD presents to POC, and more importantly, find ways to isolate and address those challenges through education and advocacy.

This article is part of a larger project to better understand and engage People of Color with inflammatory bowel disease. We are proud to be sponsored in part by Takeda Pharmaceutical Company and Janssen Global Services.

Special thanks to the Patients Rising’s Diversity, Equity & Inclusion Council and Melodie Narain-Blackwell of Color of Crohn’s and Chronic Illness for insight and feedback.

As the Director of Patient Outreach at Patients Rising, Jim works very closely with the people to help them tell their stories. Jim is a Columbia University trained writing consultant and has worked closely with writers of all levels of skill to help them find and refine their voices. He is a writer, editor, author and certified medical assistant with over 20 years of experience in healthcare. Jim has spent over two decades in clinical care and research at some of New York’s biggest health institutions doing hands-on patient care, education and advocacy for rare disease patients. He has worked with several non-profit patient support organizations doing outreach, advocacy and creating educational content. Twitter / Linkedin