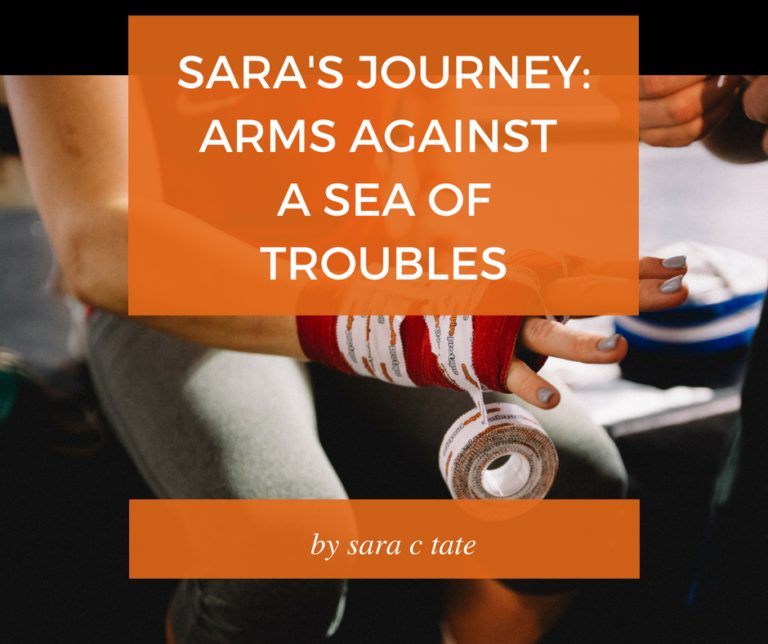 In Sara Tate’s last article, she talked about her struggle with infertility. Sara and her husband went through years of doctors’ appointments and were treated horribly by their health insurance, Blue Cross Blue Shield of Illinois (BCBSIL). She decided to fight back using social media. Her story continues.

After all I had been through with Blue Cross Blue Shield of Illinois, I had reached the end of my rope. Time was flying out of our hands and every month we were delayed was another month of my fertility waning. I got proactive.

This is the Facebook message I sent to Blue Cross Blue Shield of Illinois (BCBSIL):

“You are literally one of THE worst companies I have ever dealt with. I’ve just been told, “oh please hold on while I look that up” for about the 25th time since February and then was HUNG up on. It’s so clear to me you are just about the almighty dollar and NOT the patient or healthcare.”

I also tweeted it. I couldn’t take it anymore! Who cared if they responded or not? I just wanted people to know that this was happening. Much to my surprise – I got a relatively quick response.

I received a reply from “Heather” and she assigned someone named “Marcus” to my case. Marcus called me and gave me his direct phone number and I thought, Wow, OK! Now we’re getting somewhere. It only took 5 months, but whatever. I now had one specific person whom I’d be dealing with directly and certainly he would get to the bottom of this and get it solved.

TOO GOOD TO BE TRUE

I finally received a response from Marcus, stating that the mileage was calculated “from city center to city center.” He said all my appeals had been exhausted and that there was nothing more he could do. My only recourse would be to file a complaint with the Illinois Department of Insurance (IDOI).

BCBSIL’s response was basically that the PPO waiver I had requested and my subsequent appeals were handled (denied) appropriately. They further stated that the facility could be 100 miles from our home and still considered “in-network.” The Illinois Department of Insurance considered the case closed. I was incensed.

Since they closed the case, I filed another complaint with the Illinois Department of Insurance. I couldn’t understand BCBSIL’s response because when I first called to them find out where the in-network facility was, the person I spoke to said they did a search for a facility within a 30-mile radius of my home and couldn’t find one (that was in APRIL). Then in my conversations with Marcus, he explained that the policy stated that the in-network facility could be 75 miles from our home, however, here we were with BCBSIL’s reply to my complaint stating that the radius is 100 miles, and the IDOI had agreed! This made ZERO sense.

Editor’s Note: Patients Rising called BCBSIL to get clarification on the geographic range of in-service providers. They transferred us three times then hung up on us.

I received a reply to my complaint, stating that “Marcus, from the Customer Loyalty Team, provided you with incorrect information regarding the radius for providers from your address. The policy booklet does indicate the plan guideline must be a 100-mile radius from the member’s address.”

Policy booklet? It’s convenient for BCBSIL that we don’t have a physical copy of our policy. Everything is online and my husband searched and searched the online booklet and couldn’t find this “100-mile radius” information anywhere.

They also said that “several other in-network provider locations were provided to you,” which was a blatant lie. The facility in Newport News (91.5 miles away) was THE ONLY other facility they provided to me. The other address listed as part of the “several” they claimed they provided us with, was the doctor we were already seeing. The doctor is listed as “in-network” as is the facility his office is located in. There he performs certain procedures, such as the IUI (intrauterine insemination), but not IVF (in vitro fertilization).  The office where he performs IVF is in the same exact building, but on a different floor, yet for some unknown reason that office is not covered! 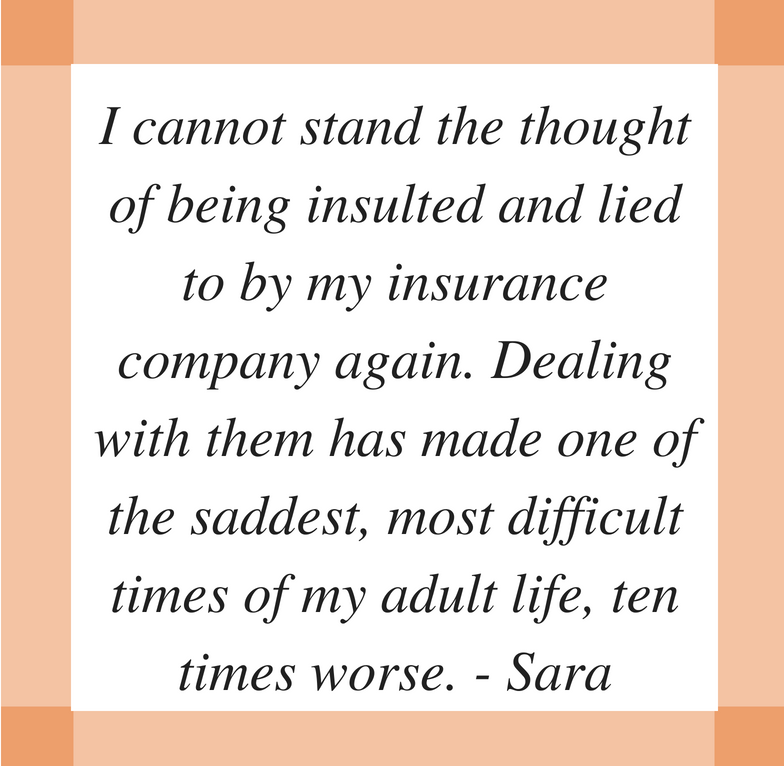 Our desire for a child is still strong, so we went back to the doctor that is in-network and consulted with him on whether he thought another IUI might work? He said he thought we could do one more IUI and be more aggressive with it this time, with a higher dose of medications, adding an injection and another ultrasound and insemination.

After consulting with our doctor, we will try one more IUI and if that fails, we will move to IVF. We dread the thought of having to go to Newport News. It’s a two and a half hour drive from our house on a very busy highway close to Virginia Beach – in summer. During our visit with our current doctor, he mentioned that there is a facility in Charlottesville that he knows is very good and is more convenient than Newport News. There are no guarantees with this insurer and I can very honestly say, I have very little trust in BCBSIL.

FOOL ME TWICE, SHAME ON ME

This time I will NOT speak with anyone on the phone. I won’t even try to. I will make ALL requests and receive any and ALL communication IN WRITING.

I’m praying that somehow we will receive our miracle baby and we won’t have to try IVF. One of many reasons being that I cannot stand the thought of being insulted and lied to by my insurance company again. Dealing with them has made one of the saddest, most difficult times of my adult life, ten times worse and given me so much anxiety and stress in an already heartbreaking situation. Insurance is supposed to help. All they’re doing is hurting.

Sara C. Tate is an educator, writer, blogger and working on a children’s book.  She is a beloved daughter, sister, auntie, wife, friend and amazing teacher whom her students adore! Sara and her husband, Chip, live in Midlothian, VA with their two cats, Fozzy and Lulu. 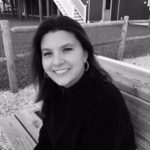