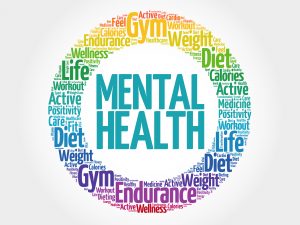 How can we improve the quality of care in mental health treatment?

Over the past few decades, we’ve seen significant progress in our treatment of mental health issues. And while we may have moved away from lobotomies at mental institutions, there’s still more that can be done to improve the quality of our mental health treatment.

Mental health issues, whether we realize it or not, have a major impact on our daily lives. According to the Associated Press, which obtained data from the National Alliance on Mental Illness:

Often times, these mental health challenges can compound other problems. Half of the 20.2 million Americans that suffer from a substance use disorder, according to the Substance Abuse and Mental Health Services Administration, had a co-occurring mental illness. The Department of Housing and Urban Development, Office of Community Planning and Development estimates that 26% of homeless adults living in shelters experience a serious mental health illness.

When patients fail to obtain the right mental health treatment, the consequences can be fatal. The Washington Post’s 2015 examination into police shootings found that a quarter of the people shot by police “were in the throes of mental or emotional crisis.” According to the Centers for Disease Control and Prevention, suicide is the tenth leading cause of death in the United States and the second leading cause of death for people aged 15–24.

Mental health issues don’t discriminate based on race, gender or ethnicity. But, that doesn’t mean that everyone is gaining equal access to mental health treatment.

Earlier this month, the International Journal of Health Services published a new study that found Hispanic and black children were half as likely to see a mental health specialist than white children. Researchers reviewed national survey data compiled between 2006 and 2012.

“No one is necessarily bigoted — and yet we have a system that creates the kind of discrimination we see in the paper,” Steffie Woolhandler, a professor at City University of New York School of Public Health, and one of the study’s authors, told Kaiser Health News. “Kids are getting half as much mental health treatment — and they have the same level of mental health problems.”

Why is there unequal access to mental health treatment? Researchers say that stigma plays a major factor as well as limited access to child psychologists.

“There are problems of access all around,” Harold Pincus, vice chair of psychiatry at Columbia University’s College of Physicians and Surgeons, told Kaiser Health News. “We have to change the way we do things.”

Hillary Clinton wants “to change the way we do things” in the area of mental health treatment.

Today, the Democratic presidential nominee is expected to announce her comprehensive plan for reforming the country’s mental health treatment by “fully integrating mental health services into the nation’s health care system,” the Associated Press reports. As part of Clinton’s plan, she’d create a national initiative for suicide prevention and promises to “hold a White House conference on mental health within her first year in office.”

You may have noticed pictures of your family and friends as well as big-time celebrities flashing the “OK” symbol in your Twitter feed.

That’s the result of a social media campaign to address the stigma surrounding mental health issues among men. Irish rugby star Luke Ambler “launched the #itsokaytotalk campaign after the suicide this year of his brother-in-law Andy Roberts.”

“Within a week of posting the photo with the hashtag #ItsOkayToTalk,” Mashable reports, “the tag was trending in the UK and Australia, which Ambler credits to rugby fans latching on to the campaign. The hashtag has since gone global, finding footing with social media users in the U.S. and beyond. Several celebrities have also participated in the campaign.

To learn more about the campaign, check out the Facebook Group, “Andys Man Club,” which is working to become an online forum for talking about mental health treatment.