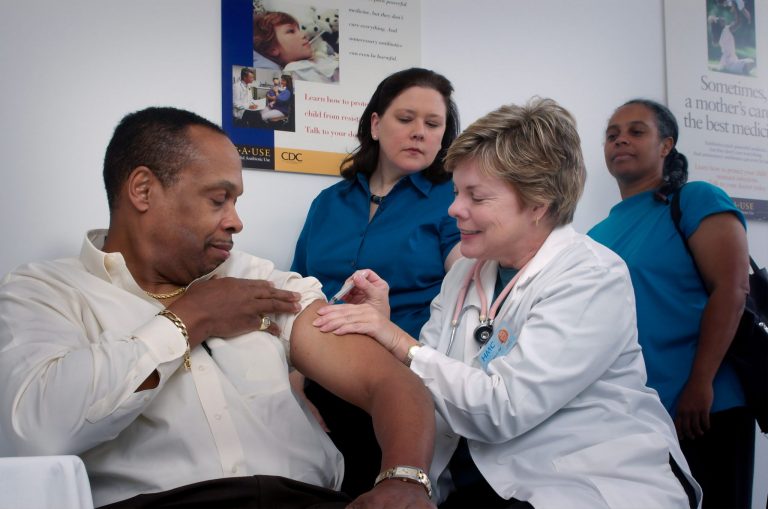 Brian has had HIV for more than 20 years. It wasn’t long ago that living so long with this disease was thought to be impossible. He was diagnosed in 1999 in Mexico, where, at least at that time, HIV treatment and options had not advanced like they had in the US. In Mexico “we didn’t have medication” he said, so he was essentially fending for himself.

COMING TO AMERICA FOR CARE

In 2001, Brian immigrated to the United States because his health was declining and he had no prospects for good care. He moved to and still lives in Southern California, where he received care from a Community Health Center.

In 2010 Brian, prompted by his therapist,  decided to partake in HIV support groups. This opened him up to new options for care and community. It was there he learned about PrEP* and PEP**. These treatment options saved Brian’s life and allowed him to thrive.

*PrEP is Pre-exposure prophylaxis (PrEP), a way for people who do not have HIV but who are at very high risk of getting HIV to prevent HIV infection by taking a pill every day. PrEP is not taken for life – it is only taken for short periods when a person may be at risk of HIV infection.

**PEP is Post-exposure prophylaxis (PEP), which is when people take medicine to prevent HIV after a possible exposure. PEP should be used only in emergency situations and must be started within 72 hours after a recent possible exposure to HIV.

GIVING BACK TO THE COMMUNITY

Brian’s participation in patient support groups also led him to a career in a nonprofit pharmacy. There, Brian acts as a group facilitator for Spanish speaking clients. He informs others about PrEP and PEP, and the value of joining a support community.

Since 2015, he has been performing interventions in the high risk communities connecting people to the resources available to them. “I’m asking them to go to healthcare, to go get services, and to get PrEP in case they need it.”

ROOM FOR IMPROVEMENT IN HIV SUPPORT

One of the challenges Brian has seen is that people who participate in the Pre-exposure prophylaxis program often feel “protected” against HIV and are not using condoms. “And that’s a problem because they can get other infections.” According to Avert.org (an educational organization for HIV and sexual health) Taking PrEP correctly will virtually eliminate the risk of getting HIV. However it won’t protect against other sexually transmitted infections (STIs) such as hepatitis C. Condoms remain the best protection from these STIs.

Taking Pre-Exposure Prophylaxis correctly will virtually eliminate the risk of getting HIV. However it won’t protect against other sexually transmitted infections (STIs) such as hepatitis C. Condoms remain the best protection from… Click To Tweet

Spanish language resources are also not as robust as they should be. Brian explained that even though resources often say they are bilingual, usually it’s only 1 or 2 Spanish speakers, and the rest are monolingual. Pharmacies too need to be able to properly explain the risks and benefits of medications to patients. A language barrier makes informed decision making difficult.

All of this is a big problem because, according to the CDC, in 2018, adult and adolescent Hispanics/Latinos made up 27% of the 37,968 new HIV diagnoses in the United States (US) and dependent areas.

Brian believes that if there was better communication in Spanish, people would understand their options better. If people understand their options, they make informed decisions, which empowers them. While language is a barrier to access, the knowledge and expertise on HIV are there. The challenge is converting that knowledge into Spanish and having more services in Spanish to serve the Hispanic community. When Brian left Mexico and made a life for himself in the US, he accessed those resources, and now is able to give back to others. But he wants it to be easier for those who come after.

“I was reluctant at the beginning,” Brian explained. “It took me like 10 years to start going to groups. But once I did, I learned a lot. I learned about my health. Learned how to talk to my doctor, what to use… I learned about interaction between medications and the resources that are available.”

In this Kate Across America story, Brian emigrated from Mexico to the United States to get access to treatment options that weren’t available in Mexico. He’s part of a massive movement of travel to get access to care one can’t access at home. This is called “Medical Tourism” and Surabhi Dangi-Garimella PhD recently wrote it up.

Kate also interview Kelly who, when she couldn’t get what she needed for her daughter in the US, went to Mexico to access that treatment. A quick but eye-opening read.

You can also read about how the Affordable Care Act has improved access to HIV care.