Today’s special edition of The Daily Rise focuses on ICER Watch. Yesterday, the Institute for Clinical and Economic Review, a national non-profit funded with millions of dollars from the health insurance industry and like-minded interests, held a little-known yet hugely important event in St. Louis.

The group – known as ICER – is discussing its new method of determining the cost of medical treatment for patients. It’s called a “value framework,” and it could profoundly harm the health and well-being of the millions of Americans with cancer and other life-threatening diseases. If you missed our briefing on Tuesday, you can view it here.

“ICER’s value framework is the first move in a campaign that could fundamentally transform how American health-care looks and works,” he writes. “If they succeed, the patients who need help the most will be the first to suffer.”

Among the objectionable components of ICER’s value framework is the dehumanizing policy of quantifying a sick patient’s life being worth as little as 60 percent of a year for a healthy person.

“Once you reach a certain point in this analysis, the framework determines that you should be cut off from further treatment,” our policy director notes. “It won’t matter what your doctors says or whether there’s a drug that could help you – if the formula says it’s too expensive, you’re done.”

Wilcox points out that both the health insurance industry and government regulators are rushing to embrace value frameworks as a means of holding down health-care costs.

“If and when these value frameworks get implemented in health-insurance plans, they will likely lead to de facto price controls on medicines and treatments,” he warns. “That’s why health insurers are funding ICER’s work – its frameworks could benefit their bottom line.”

From the Patient’s Perspective

In a piece published at the Las Vegas Review-Journal, Hinkel makes the case against ICER from the patient’s perspective by comparing ICER’s value framework to the United Kingdom’s NICE

“In fact, NICE has contributed to the United Kingdom having the poorest overall cancer survival rates in Western Europe and has been criticized by the EU for leading to wrong decisions that jeopardize patients’ lives,” she writes. “In both cases, NICE and ICER use complicated mathematical formulas to determine which treatments are “worth it,” and which are not.”

Both NICE and ICER base their assessments of a patient’s value using “Quality Adjusted Life Years,” or QALY.

“Under this system, if you get sick, you become a fraction, and your time no longer has the same value as a fully healthy person’s,” Hinkel says. “This is a terrifying development. If they’re anything like NICE’s reports, ICER’s analyses could provide a basis for insurers to deny coverage for drugs, hinder scientific investment for cancer, multiple sclerosis and other diseases, and leave patients facing the equivalent of much ballyhooed “death panels” that ration care.” 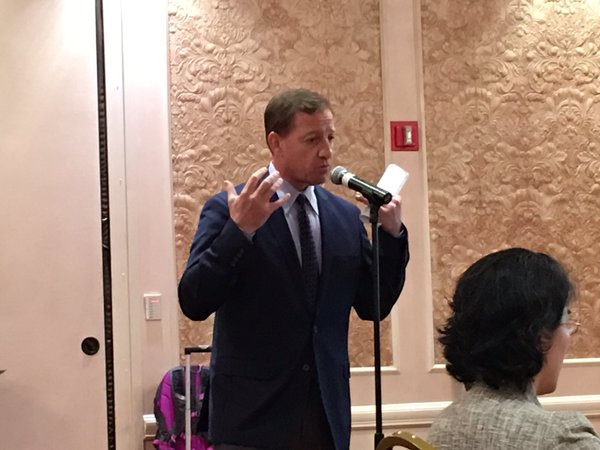 Quote of the Day

“How dare any organization promote that we as a society have to choose between sick people and young people … or education and innovation.”

Perhaps the most obvious example of the flaws with ICER’s value framework is for the treatments of myeloma. ICER considers many new treatments for myeloma to be over-priced and therefore not worth the expense to save patients’ lives.

Thankfully, the International Myeloma Foundation (IMF) – the oldest and largest organization dedicated to improving the lives of myeloma patients while working toward a cure – is pointing out the serious flaws with ICER’s report.

The biggest flaws, IMF says, include:

“The IMF is keenly aware that myeloma drug costs are unsustainably high, but the ICER proposal to limit myeloma patient treatment access based primarily upon costs is neither valid nor fair,” said IMF Chairman Dr. Brian Durie. “We believe that the IMF’s research body, the International Myeloma Working Group (IMWG), will produce superior patient-centered and research-supported guidelines to effectively impact drug costs at our annual Summit in June.” Recognizing the urgency of the issue, the IMWG and IMF will issue formal recommendations within approximately two months.

Patients Rising would like to publicly thank the IMF for their support in connecting us to Missouri myeloma patients, John Killip, DDS, Tom Hardy and his wife Tayebeh. Their voices were the most important part of our program in St. Louis and we appreciate these patient advocates taking the time to share their stories.