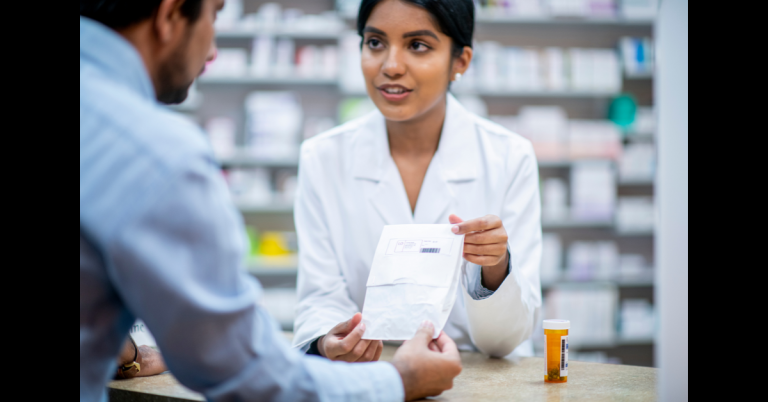 A Standing Order is a mechanism by which a healthcare provider (or State health officer) can write a prescription that covers a large group of people. Standing orders can be carried out by nurses, or pharmacists, or some other appropriately trained healthcare professional, though this varies by state. The dispensing of agents covered under a Standing Order usually happens at the pharmacy, but can also occur in clinics, hospitals, or long-term care facilities.

An example of a Standing Order that we all know about is how vaccines are available at a pharmacy without requiring a patient-specific physician order. In the case of Covid-19 vaccines, the prescribing authority that established the standing order was the Centers for Disease Control.

[Skip to the bottom to take our survey]

Naloxone is a prescription medication used to reverse opioid overdoses. It counteracts the depression of the central nervous and respiratory systems caused during overdose, allowing an individual to resume normal breathing.

Naloxone can be administered by non-medical personnel, which makes it ideal for individuals to treat overdose in people who have been prescribed opioid pain medication or users of heroin or other illicit opioids. Naloxone only works if a person has opioids in their system and the medication has no effect if opioids are absent. It may take multiple doses of naloxone to achieve the desired effect. There is no harm in giving a person who is experiencing an overdose multiple doses of naloxone.

Different States have different variations of standing orders regarding access to Naloxone. For example,

In Georgia, third-party prescriptions are allowed, and standing orders are in place statewide allowing licensed pharmacies to dispense Naloxone to “anyone in a position to help”. Formal training in naloxone use is advised but not required.

In Kansas, third-party prescriptions are NOT allowed, and standing orders are in place statewide allowing a pharmacy to dispense naloxone to “anyone at risk, in a position to assist, a first responder or a school nurse without a prescription”.

While in Idaho, third-party prescriptions are allowed, but there is NO standing order. However, prescribers and pharmacists may prescribe and dispense to anyone at risk, in a position to assist (including, in the course of a person’s official duties), or to those who, in the opinion of the pharmacist, have a valid reason to possess naloxone. Furthermore, any licensed healthcare professional (eg. nurses) can dispense to anyone with a valid reason to possess naloxone.

cost of naloxone to the uninsured

In a recent study, which relied on hundreds of thousands of pharmacy claims from 2010 to 2018, it was found that out-of-pocket costs began climbing around 2016 — but not for all patients. From 2014 to 2018, the out-of-pocket costs of naloxone dropped 26% for insured people, but rose more than 500% for uninsured people. This uncovers an increasingly substantial barrier to access for uninsured patients, potentially limiting use among this population, which constituted approximately 20% of adults with opioid use disorder. Though the study only looked through 2018, advocates continue to say shortages and the price of different naloxone formulations are limiting how many lives are being saved.

UNDERSTANDING STANDING ORDERS AND THE ROLE OF THE PHARMACY

Patients rising has built a project, the goal of which is to measure public understanding of standing orders. To do this we have developed an 8-question survey-tool which we will distribute to various populations known to live with chronic pain or to utilize opioids in pain management.

If you are interested in taking this survey, please complete the fields below and submit it. This registration ensures there are no “bots” or “false entries” to the survey. The results of the survey will be confidential. Once each individual survey is verified, any identifying information will be permanently disconnected from the results, making results anonymous.

Jim Sliney Jr is the director of patient outreach at Patients Rising. A native of the Bronx, New York, Jim attended Columbia University where he earned a degree in Creative Writing. He also served as a consultant in the school’s Writing Center, where he learned to work closely with writers of all skill levels. He has a strong background in clinical research and has worked with patients extensively in hands-on clinical settings as a Registered Medical Assistant. His experience writing for numerous nonprofits and serving as an editor for a boutique publishing company round out his expertise in narrative medicine.