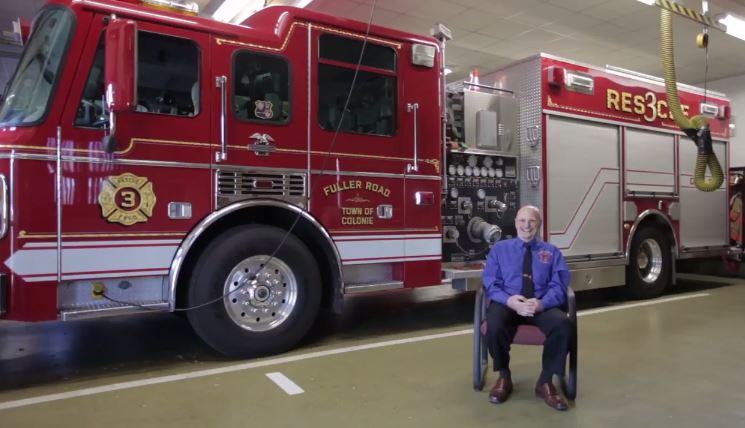 When it came time to deal with his own, George was stumped. He could suffer in severe pain caused by his ineffective high cholesterol treatment, or forgo the pain-inducing statins and risk a heart attack.

“Statin drugs that I was taking were incapacitating me,” George said at Patients Rising’s Voices of Value event in New Orleans. “It would have been easier for me to just keel over with a heart attack than deal with the pain of these statin drugs.”

Thousands of patients, like George, know all too well the adage that the treatment can be worse than the disease. This fall, patients with high cholesterol joined patient advocates, economists and cardiologists at Patients Rising’s Voices of Value event in New Orleans to give voice to the many faces of high cholesterol.

Moderated by LSU Health’s Dr. Rachel E. Reitan, the event gave patients the opportunity to share their stories about the painful side effects of statins as well as share strategies for overcoming common barriers to accessing new treatments for high cholesterol.

Since their development in the 1980s, statins have been the standard of care for high cholesterol. The treatment has helped millions of patients lower their cholesterol levels and reduce their risk of a heart attack. However, statins don’t work for every patient.

“In about one in five people, a statin doesn’t lower cholesterol enough,” writes Dr. Gregory Curfman, Editor-in-Chief of Harvard Health Publications. “Some people can’t take a statin because of side effects like muscle pain, liver damage, or the development of diabetes.”

Muscle pain hit Joanne Smith during her final days as an elementary schoolteacher.

“My legs were hurting. I thought I was getting the flu,” the self-described young grandma shared before a packed house at the Ogden Museum of Southern History. “I just didn’t seem to figure out why I was feeling badly.”

Joanne, who used to take 9-year olds up and down the two-story schoolhouse all day long, needed help to carry her bags.

“I’d be looking for somebody to help me because I had to hold on,” she recalls. “Coming down the steps, it got to the point where I had to hold on to both sides of the railings. My children would carry my things for me.”

“Then I picked up the paper thinking, what’s different? What has happened different over the past months of my life?”

That’s when it clicked. She remembered she’d recently started taking a new medication for her high cholesterol.

Nearly two years ago, Harvard Health heralded the potential of PCSK9 inhibitors to rewrite the script for treating high cholesterol. Both George and Joanne tried the new treatment after getting nowhere with statins.

“Even my doctor was excited. I almost fell off the table really. It has just really put me back on track,” she said of PCSK9 inhibitors.

“Hello?” Dr. Reitan, the host of Dr. Rachel: The Teaching Doctor on WGNO ABC in New Orleans, interjected. “Don’t you think this is going to kind of be the standard of care?”

“Why can’t I have something that is life saving?” Joanne asked her insurance company after being denied. “Why do I have to have a heart attack or have a stint put in when I could prevent it?”

Dr. Phillip Duncan, a practicing cardiologist and the former chairman of the Board Association of Black Cardiologists, said that most insurance companies force patients and physicians to go through a cumbersome approval process in order to access PCSK9 inhibitors.

“Everyone, I think, has the same story: we try first, we get a denial,” Duncan said as his colleagues in the audience nodded in approval. “We put them on samples. We’ll show dramatic improvement in cholesterol. We’ll go again, and the insurance companies may say, ‘Okay try this now.’”

Duncan says that the typical wait time for his patients is at least six months.

“Why do we have to have a heart attack before getting the right treatment?”

George knows all about the painful wait for insurance companies to approve the right treatment. Now on his third appeal, he’s spent months waiting to find out if he’s been approved.

“I’ve already done two appeals,” he said. “Now we’re on our third appeal for a federal appeal. That’s been going on for two months and I still haven’t heard anything back.

“They’re really playing God with your life. It’s not right.”

Bob Goldberg, the co-founder and vice-president of the Center for Medicine in the Public Interest, says that insurance companies are making short-sighted decisions that drive up the costs of health care. He cited a decrease in hospitalization rates as one of the ways that new cholesterol treatments are bringing down health care costs – and cholesterol levels.

“We’re ignoring all the data to develop a one-size, fits-all approach,” he told the audience at Patients Rising’s Voices of Value event. “(Insurance companies) give you a typewriter because typewriter’s do the same things as word processors.”

“We’re trying to achieve health care, not disease management,” he said. “If a medicine works even to reduce the risk of death but is intolerable because it’s causing pain or discomfort, that’s not what life is supposed to be about.”

Patients must fight for their rights

Though it may be daunting, patient advocates say that more people need to take on their insurance companies and fight to gain access to the right treatment.

That starts by finding a doctor willing to listen to you.

“If you’re having side effects, speak up,” advises Dr. Reitan. “People don’t know that statins cause these horrible myopathies… You have to go to a doctor that will actually listen to you.”

Andrea Baer, director of patient advocacy at Mended Hearts, emphasized the need for all stakeholders to be engaged in health care discussions.

Baer’s organization, Mended Hearts, trains heart patients to be advocates, while also providing resources for patients to challenge their insurance companies. She says patients “need to be loud… to make sure that our policies are driving the decisions that the payers are making.”

“We need to empower and educate everybody to be an informed patient. You need to understand your rights.”

George’s fight isn’t over, but he hopes by sharing his story, more patients will join the fight.

“Don’t’ let these insurance companies get away with this.”