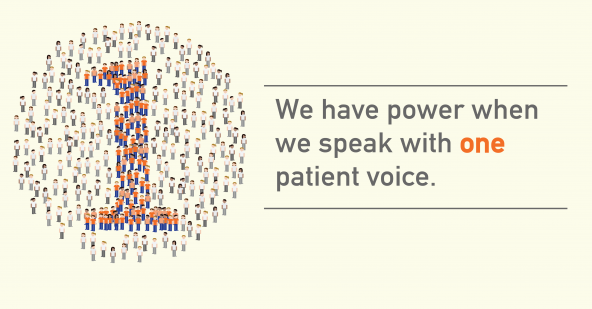 Repeal or Retain: Patients need to get ready for changes to the Affordable Care Act

What should patients expect for the future of health care? Will we see the repeal of Obamacare? Or, can Congress and the next president find a compromise to make necessary improvements to the Affordable Care Act?

With almost daily news of insurers dropping their marketplace coverage, both liberals and conservatives are seizing the opportunity to advance their agenda. On the right, conservatives want to repeal and replace Obamacare with a market-based solution. Meanwhile, on the left, liberals are highlighting the problems with the Affordable Care Act to justify the public option.

The Associated Press says that this election will turn into a referendum on the Affordable Care Act. And with almost daily news of insurers dropping their marketplace coverage,

“If Republican Donald Trump wins, the unraveling begins,” the Associated Press predicts. “If Democrat Hillary Clinton goes to the White House, it gets very difficult for Republicans to keep a straight face about repealing ‘Obamacare.'”

Either way, patients need to start sharing our views in order to influence every proposal. That means urging Republicans and Democrats to put patients first by improving access to life-saving treatments and making innovation a top priority.

Republican Senators are unified in their message of repealing and replacing Obamacare.

“Obamacare is spiraling out of control,” said Senator Lamar Alexander, Republican of Tennessee and chairman of the Senate health committee. A similar sentiment was echoed by Sen. John Barrasso, a Wyoming Republican, “We have an obligation to the people who voted for us to proceed with ‘repeal and replace,”

“To maintain decent coverage with your health insurance, you will be forced to pay higher insurance premiums and/or higher taxes to pay for the ACA reimbursements, or strip your coverage down to the barest bones to afford it, or just do without and pay the penalty taxes for insurance,” Leonard Poels, a resident of Ankeny wrote in a letter to the editor. “So a big thanks to Barack Obama and Hillary Clinton once again for sticking it to blue collar and middle class workers.”

Obamacare is taking an equally bruising attack from the left.

A group of liberals, including Senator Bernie Sanders, are using Aetna’s plan to drop most of its marketplace coverage as evidence that we need a government-run healthcare plan.

“We warned that without that public option, consumers would be at the mercy of insurance companies,” Richard Kirsch, who backed the public option in 2010, told The Hill. “Now we’ve seen that when insurers decided it’s not profitable enough … they can walk away from the market.”

But, liberal Democrats fully acknowledge that they lack the public’s support to achieve their longstanding goal of a new European style, government-run healthcare plan.

“The public option was a good idea in 2009, and it’s a still a good idea today,” Sen. Chris Murphy (D-Conn.), who supported Obamacare, told The Hill. “I don’t know that the politics have changed at all on it.”

While Republicans and Democrats fight over a major health care overhaul, the Obama administration is seeking to salvage the Affordable Care Act.

The New York Times reports that the Obama administration is launching a major push to enroll more young people in health care plans offered on the public marketplace. The new marketing campaign is targeted at patients that skipped health coverage and opted to pay the health care tax penalty.

“Administration officials said they would try to sign up more young adults, with a special emphasis on those turning 26 and moving off their parents’ plans,” the New York Times reports. “Officials said that they would, for the first time, send letters about marketplace coverage to people who had paid the tax penalty for being uninsured, a group in which young adults are overrepresented.”

The Obama administration’s effort will likely gain momentum from a new study that suggests Obamacare has reduced patients’ out-of-pocket spending by increasing prescription drug use.

According to Morning Consult’s analysis of the RAND Corporation study, “Those who gained coverage under Medicaid filled 79 percent more prescriptions and had a 58 percent reduction in per-prescription out-of-pocket spending.

“The study found that during the first year of Obamacare’s coverage expansion, the proportion of uninsured prescription drug users decreased by 30 percent. Uninsured people who gained private coverage between 2013 and 2014 also filled 28 percent more prescriptions and paid 29 percent less out-of-pocket per prescription in 2014 compared to the prior year.”

“People who gained coverage had more drug spending paid for by health plans and less out-of-pocket spending after gaining coverage,” the study’s authors wrote. “The increase in plan drug spending is linked to higher utilization rates and reflects these patients’ improved access to health care.”