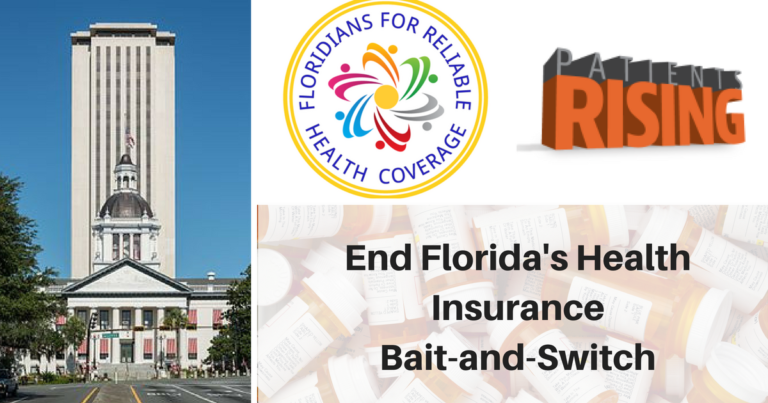 Patients in Florida have good reason to believe that the health insurance system is rigged against them.

That’s because in Florida it’s perfectly legal for your health insurance company to pull a bait-and-switch.

“You can be sold one health insurance plan, but then – after you’re locked into a contract, the insurance company can deny access to the treatment prescribed by your doctor,” explains Terry Wilcox, executive director at Patients Rising. “It’s a classic bait-and-switch.”

Patients Rising is working to change the law and has joined Floridians for Reliable Health Coverage, a coalition of more than 40 leading patient advocacy and health care non-profit organizations, all of which support state legislation that would end this insurance bait-and-switch — commonly known as non-medical switching. 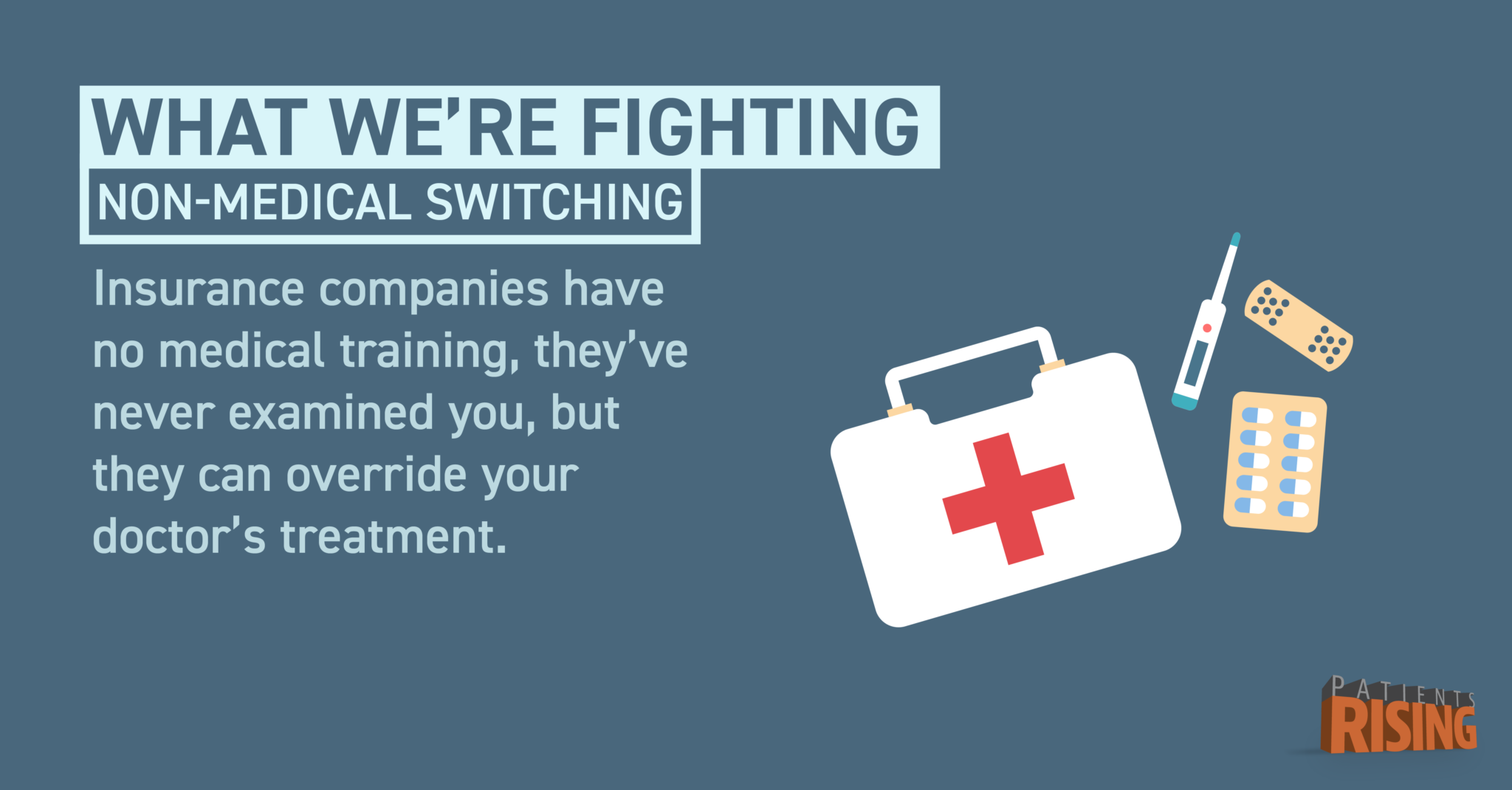 “No Floridian should have to worry that their health benefits may change in the middle of the year when they are locked into their plan,” said Michael Ruppal, Tampa-based executive director of The AIDS Institute, “especially those living with serious chronic and life-threatening conditions such as HIV/AIDS, cancer, lupus, and epilepsy.”

Has Your Insurance Company Denied You Access to Medication?

Advocates say that many patients don’t even realize that they’ve been the victim of non-medical switching, which can take different forms.

For example, an insurance company might remove a life-saving medication from a formulary list in the middle of the year, or it can move an effective treatment to a higher “specialty tier.” Either way, insurance companies pocket bigger profits, and patients pay more money out-of-pocket to access the treatment prescribed by their doctor.

“Insurance companies have no medical training, they’ve never examined you, but they can override your doctor’s treatment,” explains Patients Rising’s Terry Wilcox. 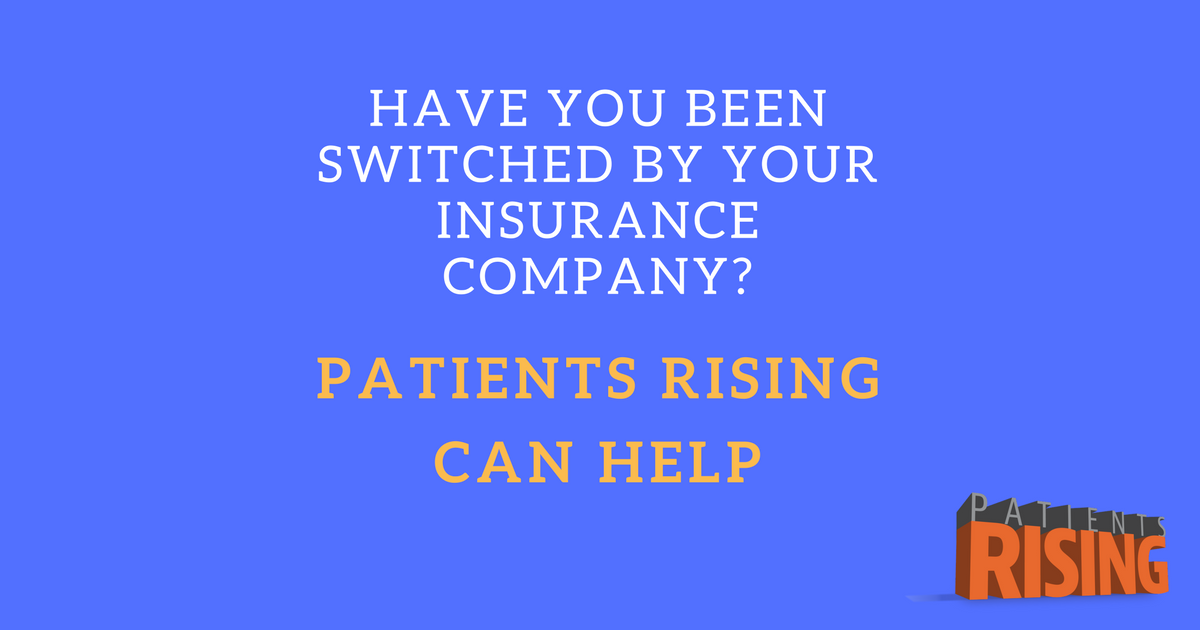 Medications are rarely, if ever, equivalent. Non-medical switching can cause patients to endure painful symptoms, suffer serious side effects, or permanently derail their recovery.

“When a person is forced to abruptly switch medications or stop taking them entirely, it often jeopardizes their health, causing loss of disease control, side effects and even hospitalization,” says Michael Ruppal, whose organization leads Floridians for Reliable Health Coverage. “We hear these tragic stories from Floridians all too often.”

Patients living with mental health challenges may spend months or years finding the right treatment and the right dosage that allows them to work or go to school.

Even a few days spent adjusting to a new medication can cause patients to suffer, exacerbating underlying health issues and initiating a downward health spiral.

Senate Bill 360 and House Bill 229 would require health plans to deliver on the prescription coverage benefits they market and sell for the year – helping to ensure that the benefits Florida families sign up for during open enrollment are the benefits they actually receive.

“If Floridians can’t change their health plan in the middle of the year, insurers shouldn’t be able to either,” said Sen. Debbie Mayfield, R-Vero Beach, primary sponsor of SB 360. “This is about providing consumers basic health protections.”

The legislation unanimously passed out of the Florida Senate during the 2017 legislative session.

“As a physician, I know first-hand how important it is for families to have stable insurance coverage,” said Rep. Ralph Massullo, MD, R-Beverly Hills, sponsor of HB 229. “Floridians deserve the peace of mind that comes with knowing they can access the pharmacy benefits they signed up for throughout the plan year.”

More than 4 million Floridians that are covered through Medicare are already protected from these insurance bait-and-switch tactics, but there are no statutes in Florida to protect consumers who have commercial health plan coverage from midyear benefit changes.

According to a Global Healthy Living Foundation survey of Floridians living with chronic conditions, 68 percent reported that their health insurer reduced coverage of the medication they were prescribed. Three out of every four patients were forced to switch to an entirely different treatment. Nearly 9 in 10 respondents who were switched experienced negative health consequences.

Patients Rising is joined by more than 40 leading patient and provider groups as part of Floridians for Reliable Health Coverage, which is working to end the health insurance bait-and-switch.