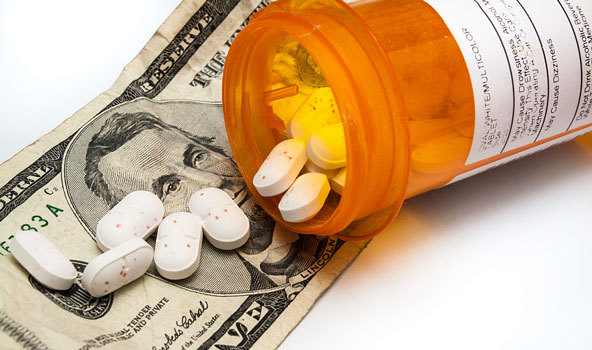 The other day, a friend reminded us of a radio ad we were trying to remember that said something like, “Ask most people what stops their car, and they’ll say the brakes. But the answer actually is your tires.”

Ask cancer patients what determines the best treatment for them and most will say their oncologist. But more and more, the real answer is someone with a lot less medical expertise – or none at all: Their insurance company.

The latest wrinkle in your-insurance-playing-doctor is an announcement from Express Scripts that the company is launching “a pilot program in which some oncology drugs are reimbursed at different rates for different indications.”

What does this mean?

Express Scripts is a PBM, a pharmacy benefits manager that negotiates rates and processes claims for the health plans of employers, unions, Medicare and Medicaid. The plan means a drug with demonstrated value in say, lung cancer, would be reimbursed at a higher rate than for a patient with say, pancreatic cancer.

Although the program was initially announced in June, Express Scripts Chief Medical Officer Steve Miller recently said at the National Comprehensive Cancer Network Policy Summit that his company has signed up thousands of employers representing millions of patients – although how many, if any, were informed of what could be a life-changing switch?

But let’s ask a bigger question: Who should determine the best treatment for a particular patient? Isn’t that the role of the medical specialist?

This is just the latest in a series of obstacles the insurance structure has placed between patients, doctors and best treatment options:

This “indication-based pricing” relies on just one indicator of how well a drug will work. Another factor is the patient. That’s where the doctor comes in who knows the actual patient, not data from a clinical trial. As our friend Bob Tufts, cancer patient and former major league baseball pitcher, says, “We’re not averages, we’re individuals.”

Express Scripts’ says, “We created the ability to … adjudicate the claims down to the indication level so I can reimburse [manufacturers] differently for lung cancer versus pancreatic cancer … Think of any other product where you would pay the same price for a product that works for 12 days (pancreatic cancer) versus 180 days (lung cancer).”

As bedside manner goes, I think it needs work.

We recently interviewed Emily Bennett Taylor, a stage IV lung cancer survivor. She told us, “Treatment should be based on what is best for us right now. And yet, in some cases it boils down to, what will insurance cover … There’s a price on our heads.” More and more, we are hearing this stated concern from patients and their loved ones.

We aren’t accusing Express Scripts of anything except employing a cold and antiseptic process for what is a complex human challenge. We understand the theory of what they are proposing, it’s the practical impact we find troubling.

If Express Scripts wants to make a fortune in the prescription drug business, good for them. But we believe it also has a moral obligation to patients and to their well-being and not just their own bottom line.