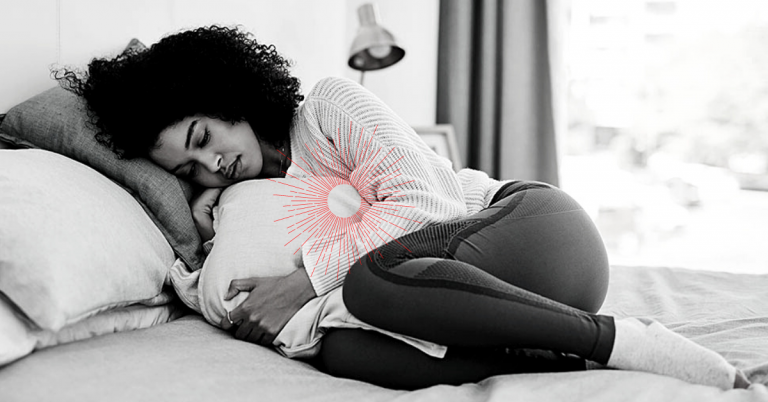 Endometriosis affects about 10% of women in their reproductive age (typically, 15-49 years) across the globe. A painful, chronic condition that can cause inflammation-related scarring, endometriosis is genetic—meaning you are at a higher risk if your mother or sister(s) have endometriosis. However, patients live with undiagnosed endometriosis for an extended period despite painful symptoms.

Simply put, when tissue resembling the uterus lining grows outside the uterus, it develops scar tissue. Typical symptoms include:

These symptoms may be relieved after menopause but could persist. Endometriosis could also affect a woman’s fertility. Despite the debilitating symptoms, patients often endure years of pain and discomfort before being diagnosed. The average time people can live with undiagnosed endometriosis could be between 6 and 11 years. This is partly due to the abdominal pain associated with endometriosis being mistaken for menstrual cramps.

Where Endometriosis Can Occur

The most common sites of endometriosis include:

Occasionally, endometrial tissue is found in other places, such as:

it does not Affect Everyone Equally

There are mixed thoughts about this. Race has been identified as one of the factors that influence the risk of developing endometriosis. One study reviewed the findings of 20 studies and concluded that Black and Hispanic women were 50% less likely to be diagnosed with endometriosis compared to White women, while Asian women were 60% more likely to be diagnosed. The authors point out that symptoms may vary based on a woman’s ethnic background. Doctors need to be aware of this, and be culturally sensitive, when they evaluate women who present with these symptoms. They also hint at potential for underdiagnoses among Black women possibly as a result of implicit bias among healthcare providers.

A recent report (not yet peer-reviewed) analyzed self-reported diagnosis of endometriosis among 5,557 women in the 20-54 age group. This report found that the condition was prevalent in:

Interestingly, in comparison to non-Hispanic White women, non-Hispanic Black women were diagnosed at 2.6 years older and Hispanic women 3.8 years older. This could be a combination of lack of symptom awareness, symptoms being misclassified as “something else”, or healthcare discrimination. Anecdotal evidence also points to medical gaslighting.

This Women’s History Month, make yourself the priority—attend to your physical and mental health and advocate for yourself. Take back your sense of agency in your own wellbeing.