Patients Rising’s New Year’s Resolution: “The Year of the Patient”

Patients Rising has a 2017 Resolution, and we’ll be sticking to it: Make this The Year of the Patient.

Our fight for access includes today’s spotlight: the scandalous mistreatment of patients with Duchenne muscular dystrophy.

What is Duchenne muscular dystrophy?

Duchenne is a progressive neuromuscular disorder that results in progressive muscle deterioration and weakness. The rare and fatal genetic disorder primarily affects boys and is the most common type of muscular dystrophy.

“Children with Duchenne are born normal and decline over time, usually losing their ability to walk around the age of 12 and succumbing to the disease in their early to mid-twenties,” notes the Jett Foundation, which advocates for patients with Duchenne muscular dystrophy.

We were very fortunate to see an incredible story last year, told in the movie Dusty’s Trail and to speak with Dusty’s mother, the amazing Cath Jayaysuriya. It captures the truth about Duchenne’s and shows an extraordinary way forward.

In 2016, FDA approved the first and only treatment… 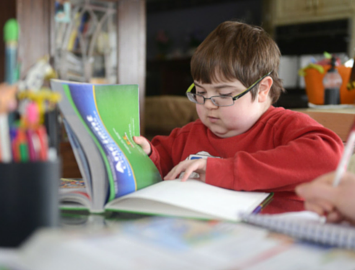 FDA approval was anything but easy. Initially, an FDA panel rejected the treatment due, in part, to the small number of patients in the clinical trial. That preliminary decision was ultimately reversed after patients spoke up and shared their voices to the debate.

“Patients with a particular type of Duchenne muscular dystrophy will now have access to an approved treatment for this rare and devastating disease,” said Janet Woodcock, M.D., director of the FDA’s Center for Drug Evaluation and Research. “In rare diseases, new drug development is especially challenging due to the small numbers of people affected by each disease and the lack of medical understanding of many disorders. Accelerated approval makes this drug available to patients based on initial data, but we eagerly await learning more about the efficacy of this drug through a confirmatory clinical trial that the company must conduct after approval.”

But, not everyone at the FDA shared Janet Woodcock’s pro-patient perspective.

The Problem: Many insurers won’t cover the only available treatment

FDA approval appears to have come with a catch.

In what the Wall Street Journal describes as “a case of bureaucratic revenge,” the FDA has proposed a label that contradicts its approval and questions the clinical benefit of the treatment. By undermining the treatment at the labeling stage, the FDA has provided insurance companies with a basis for denying coverage to some patients.

According to the Journal: “Anthem has declined to cover the treatment, calling it “investigational.” (That’s false.) Aetna will require boys to start the drug before age 14, among other stipulations, and insurers like Humana are limiting the treatment to boys who can walk. The companies’ explanation is that there’s no proof of clinical benefit or improved health outcomes.”

Among the patients unable to gain access are Jack and Nolan Willis — twins who “testified at an April FDA meeting that treatment had helped them retain abilities like picking up books and brushing their teeth.” Excellus, a BlueCross BlueShield affiliate in New York, according to the Journal, is only covering patients who can walk.

“The twins have so far been denied coverage for a drug they’ve spent their lives trying to get approved,” the Journal notes.

There’s no question that the year ahead will include plenty of debate about health care. It’s less clear, however, if that conversation will focus on (or even significantly include) attention to situations like this and ending America’s access crisis.

Right now, some patients with Duchenne have a promising treatment. But bureaucracy’s cruel door is being slammed shut, keeping out hope and humanity for the Duchenne boys and their families.

Like all patients, Duchenne patients deserve the very best that medical innovation and the American health care system can offer. Anything less is unacceptable.

This is why we fight.