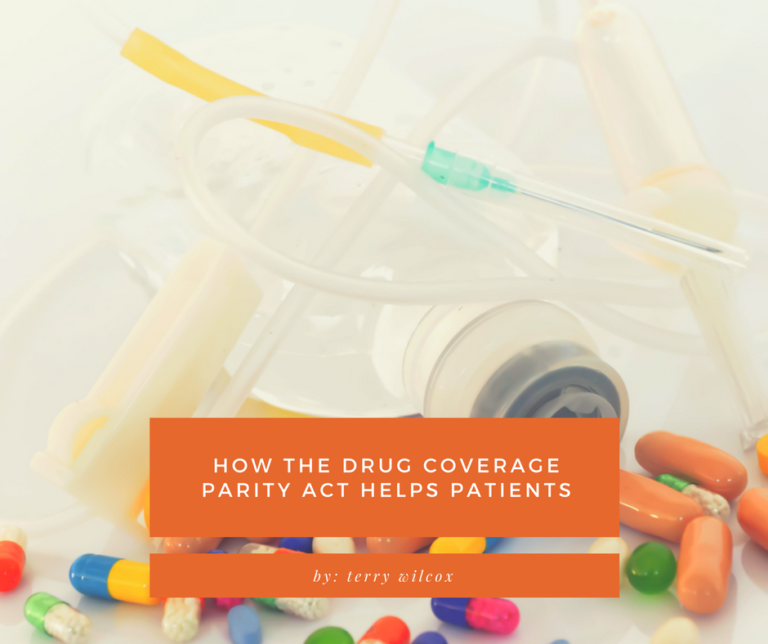 Last week, The Hill ran an op-ed by Terry Wilcox, executive director of Patients Rising. She called on Congress to pass the Cancer Drug Coverage Parity Act, which would require insurers charge patients the same price for oral chemotherapy as the do for its IV equivalent. Read the op-ed here.

Wilcox argues that passing this law would improve access to chemotherapy. For some, access to treatment can be the biggest barrier to surviving cancer:

The biggest barrier to successful cancer treatment today often isn’t the existence of the right treatment, but the access to it. Due to a quirk in how Medicare and private insurance plans cover cancer drugs, chemotherapy in the preferred pill form costs patients thousands of dollars a month whereas intravenous drugs administered in a hospital or oncologist’s office may only require a small copay. Passing the Cancer Drug Coverage Parity Act, currently before Congress, would help improve accessibility by eliminating this pricing disparity.

In addition to making cancer treatment more efficient, oral drug parity would also make it more effective. Many of the most promising new drugs only exist in pill form.

Additionally, roughly one-third of new chemotherapies only exist in pill form, meaning patients treated with the newest and best therapies have no other option. For instance, the most widely used drug for brain cancer is temozolomide and it is virtually always prescribed in pill form. Gleevec is the treatment for a deadly form of leukemia that only comes in pill form. There is no IV alternative.

Passing the Cancer Drug Parity Act is a bipartisan solution that builds on efforts at the state level. Forty-three states have already passed laws mandating parity. But legislation needs to be passed at the federal level to apply to Medicare and many employer-sponsored plans.
Cancer patients have enough worries already. Access to the best and most convenient forms of chemotherapy shouldn’t be one of them.