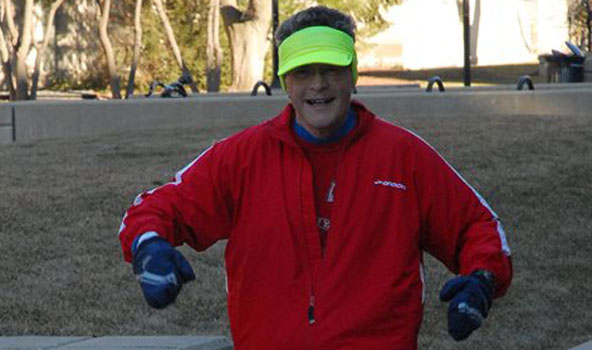 Don Is Registered to Run in the 40th Marine Corps Marathon

Don went to his doctor with back pain and then left to run his first marathon on June 21, 2003. When he came back, his doctor told him he had multiple myeloma, an incurable cancer of cells in the bone marrow. At the time a patient was given three to five years to live. Twelve years later, Don is about to run is 90th marathon with cancer thanks to a combination of medical advances, his personal stamina, and support from his family.

“For seven of the last 12 years, I took a pill to manage my cancer. Imagine, a pill to treat cancer,” said Don Wright. “But multiple myeloma cannot be cured, so I am counting on continuing progress, research and access to the latest treatments to provide the next remission and the remission after that.”

“Don shows us a cancer diagnosis is not the end of the road,” said Jonathan Wilcox, Patients Rising policy director and co-founder. “Not everyone can run marathons; not every patient can survive 12 years. But Don shows us that we are making great strides in the fight against cancer. Support for this work must continue. This is no time for us to ‘hit the wall.’”

Don’s adult daughter and his wife of 52 years travel with him and run half-marathons so they can spend their “golden years” together. He looks to clinical trials for the latest treatments, and he already has marathon number 91 on the calendar in Seattle Nov 29.