Rebecca’s mother endured Diabetic shaming from her doctor. It made her give up on doctors. Rebecca has lived with that diabetic stigmatization too, despite being a world-class athlete. She tells us about the impact of it from both society and from healthcare professionals, and how she rises above it.

BEFORE I COULD SEE IT

I was fourteen when my dad sat us all down in the living room and told us we were going to lose our house. I didn’t know what that meant exactly, but I knew we had to pack up everything we owned. It was only later, when we got to the motel, that I understood we were homeless.

When we pulled up to the long strip of white units with bars over every window, I thought it was just a place to stay for the night. We would live there for the next eight months.

Our room was four concrete walls with two beds and a stained chair that had brown flowers printed on the cloth. There was an old TV, a mini fridge and a microwave. I remember the beds because there was no box spring, just the metal frame underneath. My dad said, “We’re lucky we got this room. The others had just one bed and a pull-out sofa.” Even in the darkest moments, homeless with his family, my dad was trying to find the positive.

HOW MY MOTHER EXPERIENCED DIABETES

My mother was critically ill. Her heart, kidneys and liver were all failing. She took a complicated cocktail of some twenty or more pills each day at specific intervals. She measured the passing of time in the moments between medications.

I remember taking her to her doctor. I remember hearing him tell her that if she would only “shop the perimeter of the store for healthy foods” she could lose weight and improve her health. “Don’t be lazy,” he said. “You need to cook your own meals.”

I looked up at him bitterly. My mother was a bright, educated woman. She understood clearly the need for proper nutrition. In the days before the motel, we had a kitchen full of food. My mother would cook an elaborate meal on Sunday afternoons, and we’d have an early supper with my grandparents. That was before my family lost everything, before we got a brown paper sack filled with goods not of our choosing from a church food pantry, before we lived in a place without a stove or pots and pans with which to prepare food. My mother wasn’t “lazy.” My mother was poor.

THE STING OF DISCRIMINATION

I’ve never forgotten that early lesson in diabetic stigmatization, how it shaped my mother’s experiences of her disease state and the treatments afforded her. Eventually, she quit seeking medical care altogether. She had grown tired of being labeled “fat,” “lazy,” “non-compliant” and simply “unwilling to try”.

Arguably, few diseases come with the sense of shame and blame as diabetes, both Type 1 and Type 2.

My mother was obese her entire life. When she developed type 2 diabetes, it seemed yet another failure in a long string of attempts to reign in her failing health. By comparison, I’ve spent more than a decade living with Type 1 diabetes as an elite athlete and one of the top-ranked female cyclists in the United States. I have still felt the weight of judgement, still had to explain that I didn’t get diabetes from eating too much sugar, still had well-intended strangers suggest that I could “cure my diabetes” if I would simply adopt a healthier lifestyle.

Diabetes is a chronic disease that affects 29 million Americans and requires ongoing self-management to maintain blood glucose levels and prevent complications. There is extensive research on the underlying physiologies of the different types of diabetes, but less research into the psychosocial demands of disease management and the impact that has on quality of life.

People with diabetes become familiar with the “looks of contempt” when they need to inject insulin in a public space or prick their fingers to test blood sugar. Some individuals report experiencing limitations on travel, have a harder time adopting children or experience discrimination in the workplace. That diabetic stigmatization – misunderstandings and social perceptions – lead many with the disease to feel awkward or ashamed in their everyday lives.

As a cyclist, I have had teams and other riders question my ability to perform because of my diabetes and, in some cases, I’ve worked to hide my condition as a result. When I was first diagnosed in 2007 and disclosed to team directors that I was living with type one diabetes, my race days were immediately reduced and my contract was not renewed for the subsequent year.

CHRONIC ILLNESS IS NOT THE PATIENT’S FAULT

The attitudes and language of healthcare workers can also create a sense of marginalization. Just as my mother was disparaged based on the assumptions of her physician, people with diabetes often feel disqualified from acceptance by the medical community on the basis of their disease. Referring to patients as “non-compliant,” for example, can seem pejorative. It ignores the demands of living with an unrelenting and unpredictable disease.

Is the patient simply unwilling to adopt a treatment strategy, or are there barriers to care that are less easily identified, such as

There’s nothing motivating or empowering about shame. People with diabetes are already made to feel disconnected from others by virtue of all that the condition involves:

It is easy to feel a sense of rejection from others who cannot relate to or understand the disease. Like when they recoil at the sight of our attempts to manage it, or frame the disease itself as a moral failing. It was my aunt who, after diagnosis, told me that she had “warned me not to eat all those rolls and all that bread when I was a kid,” as if my early food choices were the cause of my autoimmune disorder. I recently had a stranger in the grocery store spot the glucose monitor I wear on my arm, and advise me that I “would no longer have diabetes” if I “stopped drinking so much soda.” (For the record, I haven’t had a soda in maybe fifteen years.) 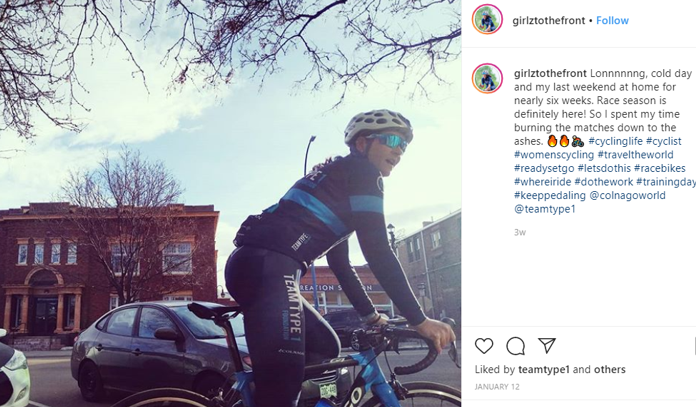 Team Novo Nordisk is the world’s first, all-diabetes professional cycling team. When I began racing for them in 2011, I remember walking into the dining room at team training camp and seeing all of the other athletes from all over the world testing their blood sugar and injecting insulin. There was no shame, no isolation, no stigma. The doctors, certified diabetes educators, organizational and operations staff were all perfectly comfortable with every aspect of disease management. Nothing was hidden or made to seem unusual or uncomfortable. It wasn’t just easier and less stressful. It felt affirming. It was ok to make mistakes or to have imperfect blood sugar. No one would view that through the lens of “compliance” or “laziness” or blame.

In the years since that time, myself and the other athletes at Team Novo Nordisk have worked to expand the public understanding of diabetes both in the context of health care communities and the greater society. We want everyone to experience how the absence of judgement can improve health outcomes and confirm one’s very identity.

Unlike my mother, I live openly and honestly with diabetes. That sometimes subjects me to more stares and, at times, invasive questions from total strangers, but it also allows me the opportunity to live my life more fully. I wish my mother hadn’t forced herself to live in the shadows because of her disease. It’s so much better in the light.

Special thanks to Becky for sharing her story and to Team Novo Nordisk for leaving diabetic stigmatization in the dust.

If you have experienced stigmatization or discrimination in healthcare we’d like to hear from you. 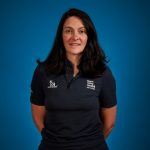 Rebecca Furuta holds a B.A. in International Relations and Comparative Politics from the George Washington University and a Master’s Degree in Public Health Policy from the University of Colorado at Boulder. In addition to private health care consulting, Ms. Furuta owns an eye care practice in Golden, Colorado with an emphasis on sports vision. She is an elite cyclist racing with the Team Type 1 Foundation and serves as an ambassador for the professional, all-diabetes cycling team, Team Novo Nordisk. Ms Furuta was the 2018 Colorado State Time Trial Champion and continues to race cycling’s Professional Road Tour events throughout the United States.