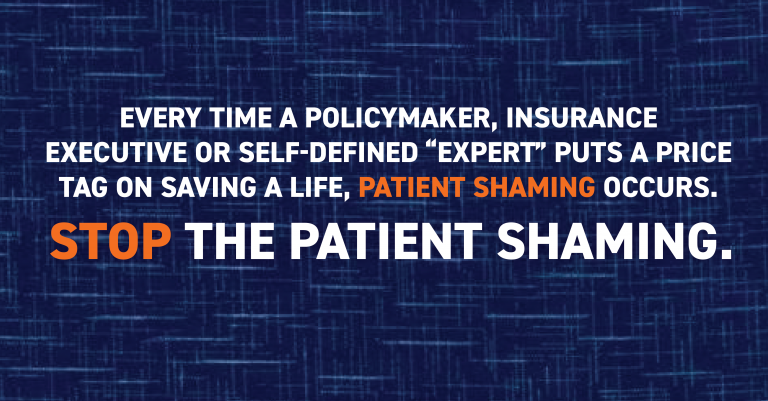 Boston Herald: No shame in seeking best of care

As the nation debates health care reform, it’s an ideal time to say something to everyone with a footprint in the insurance market that hundreds of millions of people use.

It needs to be said. Stop the patient shaming.

Every day, patients with chronic diseases and serious illnesses are essentially told they are selfish takers, diverting crucial dollars better spent elsewhere, by seeking access and coverage for the most-effective treatments their physician recommends.

The implicit message to patients fighting for their lives? Stop fighting so expensively already.

The truth is however, patients buy insurance and pay premiums when healthy so they can be protected by unaffordable expenses and have access to care when they’re sick. That’s how the system is supposed to work.

There is a cultural, economic and medical intersection about to occur, and it goes like this: If a patient’s life is extended by 90 days or six months or perhaps even a year, isn’t that something to be celebrated, rather than devalued by the cold calculations of cost-benefit analysis?

So much is lost in lofty debates about health care, especially the fundamental patient perspective — the person whose life was improved by the development of a true innovation like Ocaliva, a new medicine to treat rare chronic liver disease, or Zinbryta, an advanced treatment for people living with multiple sclerosis. (Disclosure: Our organization does not receive any support from the companies that produce either drug.)

We have a friend in Boston named Carrie. She has metastatic breast cancer. She’s not even middle-aged. And she’s losing her fight.

But she’s aggressively enduring treatment. Should she just quit, and spare the system, since the odds are against her?

Every time a policymaker, insurance executive or self-defined “expert” puts a price tag on saving a life, the patient shaming occurs. 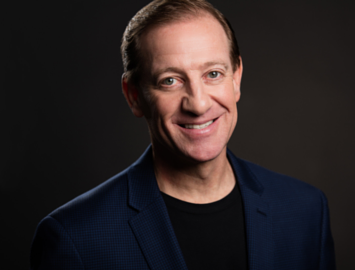 If it’s you or a family member who needs one of these new drugs — can you put a price on that? What would you do if your insurance company said no?

Want to know what’s really coming between patients and the therapies prescribed by their doctors? Restrictive formularies, clinical pathways and value frameworks that focus on drug cost first and patient access far later.

These are the interesting priorities of a Boston-based think tank called the Institute for Clinical and Economic Review (ICER), which is busy developing suggested price controls on medicine. ICER outlines complicated mathematical formulations to determine how much the health care system should spend on patients.

Spoiler alert: it’s not designed to make sure people reliably receive the medications their doctors conclude will help them and wish to prescribe, but on rigid limits to access and treatment deemed too expensive.

Most disturbing of all is that ICER has publicly stated that by spending less on patients, society will have more to invest on public services like schools, teachers and firefighters.

There is a better way: Putting patients first isn’t only the moral choice, it would also drive scientific innovation and make the drug delivery system more sustainable through creativity instead of cutting. And it would cease treating patients like Carrie as a drain on public resources, rather than part of a community of human beings we know how to help.

Now there’s something to stop being ashamed of.