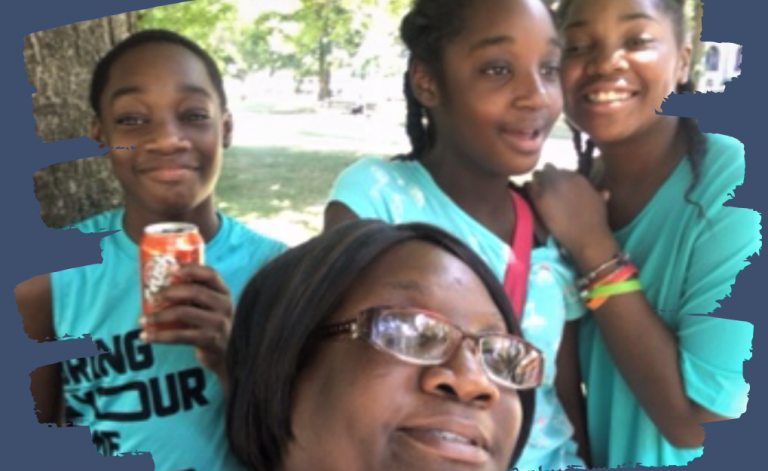 “Social determinants of health” are about the environment in which people live, go to school, work, and play and how those factors affect a wide range of health and quality-of life risks and outcomes. What they don’t frankly address is the discrimination certain patients face when seeking access to healthcare. This is the story of Maxica, who experienced first hand the medical discrimination against black women. I’ll let Kate take it from here….

In a perfect world, doctors would be able to make precise diagnoses based only on the presentation of symptoms. These clear-cut textbook cases would disregard the messy human biases that each of us has, whether or not we have contended with them. As I met Maxica of Illinois, a woman of articulacy with a background in the medical field, she knew what she was talking about. And she knew her body even when others refused to listen.

WOMEN’S VOICE IN THEIR OWN HEALTH

It was not too long ago where women were unable to make medical decisions for themselves. Even today, implicit bias against women, and more so against black women, is alive and well in exam rooms. Healthcare professionals may assume a woman’s pain tolerance is lower, resulting in dismissal when they report symptoms.

Hearing Maxica tell me her story of beating breast cancer, this theory of dismissal by clinicians quickly lost its abstractness. 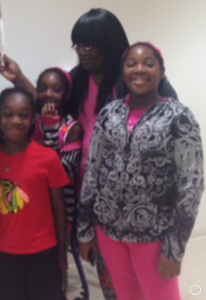 Maxica is a single mom of 4 outstanding kids. Seeing her face light up as she talked about them was telling of how proud she is to be their mom. Her fight wasn’t faced alone. She continually recognized her kids and her mom as the driving force, allowing her to get through treatment.

When she was 37 years old, Maxica went to the doctors complaining of a rash under her breasts. Her primary care physician quickly dismissed her concerns, including when she asked for a mammogram to rule out cancer. Maxica has a history of breast cancer in her family. Regardless, being under 40, her insurance wouldn’t cover the test. The doctor refused to give her a mammogram.

“Every time I asked him something, he brushed me off. He didn’t want to do it”.

But Maxica was persistent. After antibiotic treatment didn’t clear the rash, she switched insurance providers and became a patient at the University of Indiana Medical Center.

Through the U of I Cancer Center (UICC), Maxica received a mammogram and ultrasound. The tests revealed stage I breast cancer that had spread to her lymph nodes. She was booked for surgery to remove the cancerous cells, but soon found out that the progression was worse than expected.

“I was prepared to fight stage I. But they came back after the surgery and said it was stage III. They immediately gave me a double mastectomy and removed 10-14 lymph nodes.”

The severity of the diagnosis threw a wrench in the plans that Maxica had told herself. With stage III, she would need chemotherapy and would lose her hair. Looking back at it now, Maxica knows it was never a choice between hair and no hair. Though she may have felt like she had lost a part of her, she remembered her mom’s support saying, “Your hair doesn’t make you – that hair will grow back. But being here for your kids, seeing them grow up, those milestones are more important than hair.”

“Chemotherapy-induced alopecia (CIA) is probably one of the most shocking aspects for oncological patients and underestimated by physicians. It negatively influences body image, sexuality, and self-esteem, so that up to 8% of patients decide to refuse chemotherapy if there is the risk of hair loss.”

Perhaps the worst experience this survivor and her family overcame was a period of homelessness. During chemotherapy, Maxica was unable to continue working two jobs because of increased tiredness. She couldn’t afford rent. She and her family lost their home.

Those with life threatening illness often face life or death decisions on how and where to spend their money. Maxica is a Certified Nursing Assistant and Home Health Aide. This terrible choice made her understand the burden of illness that impacted each corner of her own patients’ lives. She told me, “I felt everything that my former patients would tell me. I was helpless and hopeless”.

Patient Navigators at UICC provided Maxica with information on transportation and housing opportunities. Such resources can alleviate additional cost and stress during treatment and recovery. But for Maxica, her physical and emotional healing hinged on keeping her family together. Here, the American Cancer Society was able to provide local lodging.

In what would become the most trying period of her life, Maxica considered it a blessing to have advocates fighting to keep her family together.

“There’s somebody out there going through this, and I want them to have everything I received with the resources and tools to stay out of shelters.”

While she received treatments within the guidelines of western medicine, it was important for Maxica to have a voice in the traditional treatments within her cultural roots. Years before, during her grandmother’s cancer journey, Maxica’s family used the power of natural herbs and supplements before modern therapy.

While other doctors had laughed this suggestion off, her oncologist at UICC became committed to finding benefits and dangers of such practices through academic research. Maxica recalled that having a voice in her treatment plan allowed her to believe that fighting this was a team effort. And it was. Her and her team at UICC fought for what was best for her on the individual level.

Since November 2018, Maxica finished chemotherapy and has been declared cancer-free. Grateful for her second chance, she has changed her lifestyle and attitude for the future, and is now working to mentor future cancer survivors through the UICC Patient Brigade.

Maxica began her cancer journey late because she experienced a known discrimination against black women. We hope that sharing stories like hers put a spotlight on those longstanding issues. We should all make it a goal to eliminate the inequities in medicine and the whole of society. That must begin with understanding things like the medical discrimination against black women, so we can put our efforts where needed most.

“The cancer journey is debilitating, but if you have the proper resources and care, the staff and team to help you, you can heal.”