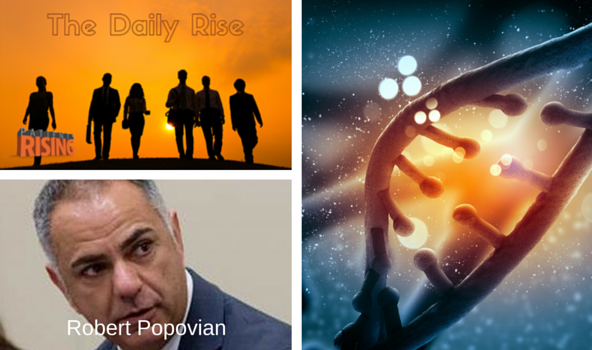 Robert Popovian, the Senior Director of Pfizer US Government Relations, shares his thoughts on the need for a nuanced approach to regulating biosimilar treatments.

The living nature of biologics, Popovian says, makes it harder to properly test cells that act similar but aren’t the same as the cell it’s replicating.

“While the development of synthesized drugs made by combining specific chemical ingredients in an ‘ordered process’ in a controlled laboratory environment has its challenges, the complexity of medicines derived from living cell lines is significantly more profound,” he writes. “Because the finished product cannot be fully characterized in the laboratory, manufacturers must ensure product consistency, quality, and purity by ensuring that the manufacturing process remains substantially the same over time.”

For patients, it’s important to have the necessary information about how their biosimilar treatments differ from the original biologic. Popovian contends that the FDA’s biosimilar disclosure rules don’t provide that adequate level of information.

“Unfortunately, to the dismay of patients and providers, the FDA announced in March that it has decided that the prescribing label of a biosimilar will not include the comparative safety and efficacy data,” he writes. “This decision deprives the interested stakeholders easy access to the comparative data and forces patients and providers to explore convoluted regulatory records in order to find this important information.”

Why Drug Spending Can Lower Costs

Peter Pitts, the president of the Center for Medicine in the Public Interest, wants to reframe the debate about drug spending.

Drug prices, Pitts reminds patients, account for just 7 percent of the $100 billion increase in healthcare spending from 2013 to 2014.

“Journalists and politicians somehow never bother to mention that, factoring in rebates and discounts negotiated by insurers and pharmacy benefit managers, actual net drug spending has only increased 5.5%. That’s right in line with overall health care spending growth,” he adds.

The Promise of Innovation

The Centers for Disease Control and Prevention has released new data showing an increase in the number of deaths from hepatitis C in 2014, “but experts hope the trend will reverse over the next few years as more people with the virus receive highly effective new treatments.”

“We’ve been expecting a tsunami of liver cancer and cirrhosis that would crest right around now,” Dr. Ira Jacobson, a hepatitis specialist told the New York Times. “What I’m optimistic about is that we’re going to make a major dent in the mortality much sooner than we would have without these medications.”

While the record number of deaths is a cause for concern, we’re choosing to focus on the promise of innovation. Twenty-four years ago, patients were receiving blood transfusions with Hep-C infected blood. Widespread screening of the blood supply only began in 1992. Today, we have treatments that effectively cure most patients.

Science Daily looks into a new study that found 5 percent of ICU patients account for a third of all days spent in the ICU.

Researchers from the University of Michigan Medical School, the VA Ann Arbor Healthcare System, and Monash University in Melbourne, Australia, looked at data from more than 1 million ICU patients. They found that many patients remained in a limbo state without the ability to progress out of the ICU.

“We have found that this truly is a separate ‘thing’ — a state patients transition into where you’re there because you’re there, stuck in this cascade that we can’t get you out of,” says lead study author Theodore Iwashyna, M.D., Ph.D. “The reason why these patients came in to the hospital in the first place doesn’t matter nearly as much anymore — what matters is that they’ve been there, and some aspects of how well their body worked before they came in, such as age.”

As a result of this research, providers are hoping to identify ways of improving the ICU to help patients recover faster.