Before Zoe Walsh starts her journey to the third floor at Bridgewater Raynham High School, she reminds herself that it will be worth it.

“It can be painful and difficult,” the 14-year-old freshman shares of her daily challenge. “Day to day activities – getting ready in the morning, just walking to class, picking up a backpack – are just things that people overlook.”

And many people don’t believe the cause.

“When you think of arthritis, you think of older people,” she explained at Patients Rising’s Voices of Value Speak Up: Spotlight Arthritis event, co-sponsored by the Global Healthy Living Foundation and CreakyJoints.org. “There are children with arthritis, infants and adolescents. It’s important to be aware – to get better treatments and medicines, and to help.”

Zoe is joining with fellow arthritis patients to redefine what it means to live with arthritis. By sharing their voices, arthritis patients want insurance companies and health care economists to understand that this is not your grandmother’s arthritis, and it’s time to adjust their policies that restrict patient access to the right arthritis treatment.

“Everybody knows the word, ‘arthritis,’ but there’s so much out there they don’t know,” Jonathan Wilcox, co-founder and policy director at Patients Rising, told a standing-room only crowd at Smith & Wollensky Back Bay Castle in Boston.

“We’ve had transformative change in innovation, in such a short time. Yet, there are countless patients fighting every day for access to the therapies they need and deserve.”

Rheumatoid Arthritis: The Battle over Access to “Breakthrough Treatments”

According to rheumatologist Dr. Mark Lopatin, a Clinical Assistant Professor of Medicine at Temple University Hospital in Philadelphia, the past two decades have delivered “a major breakthrough” in arthritis treatment for the 1.5 million Americans living with the chronic disease.

“We’ve had amazing treatments for the last 15 – 20 years, biologic agents, which have been a major breakthrough treatment for arthritis,” he explained at Patients Rising’s Voices of Value event. “They give people back their lives. They reduce the inflammation. They improve function. They enable people to maintain work. They limit deformities. They slow progression.”

Patients say that the new treatments help control their symptoms and regain control of their lives.

“I have two little boys. They’re two and four,” says patient Mariah Zebrowski Leach, who was diagnosed with rheumatoid arthritis at the age of 25. “That is my primary challenge when it comes to living with RA, having things under control enough so that I can keep up with the kids and care for them.”

Insurance companies, however, remain stuck in the old era – committed to outdated and less effective treatments. Despite the clear and overwhelming evidence of the benefits of biologics, insurance companies routinely force rheumatologists to obtain prior authorization before providing patients access to their recommended treatment.

“I have to ask permission from the insurance company to treat the patient with this medicine,” Dr. Lopatin complains of the current health care system. “They decide whether it’s worthwhile or not. Maybe, they’ve struck a deal with a pharmaceutical company for a different medicine.”

From the patient perspective, “it’s a huge quality of life issue.”

“Without access to newer and better treatments, you end up living a life that’s really negatively impacted by your illness,” Mariah continually reminds patients at her award-winning blog about life with rheumatoid arthritis. “But with these treatments, you can actually live a pretty great life.”

After battling rheumatoid arthritis for 18 years, Chantelle Marcial’s doctor finally found the right arthritis treatment. But, there was a catch. Before she could gain access to the recommended treatment, she had to fail first.

“My doctor is very well respected in his field, but not by my insurance company apparently,” she says. “The barriers are crazy.” 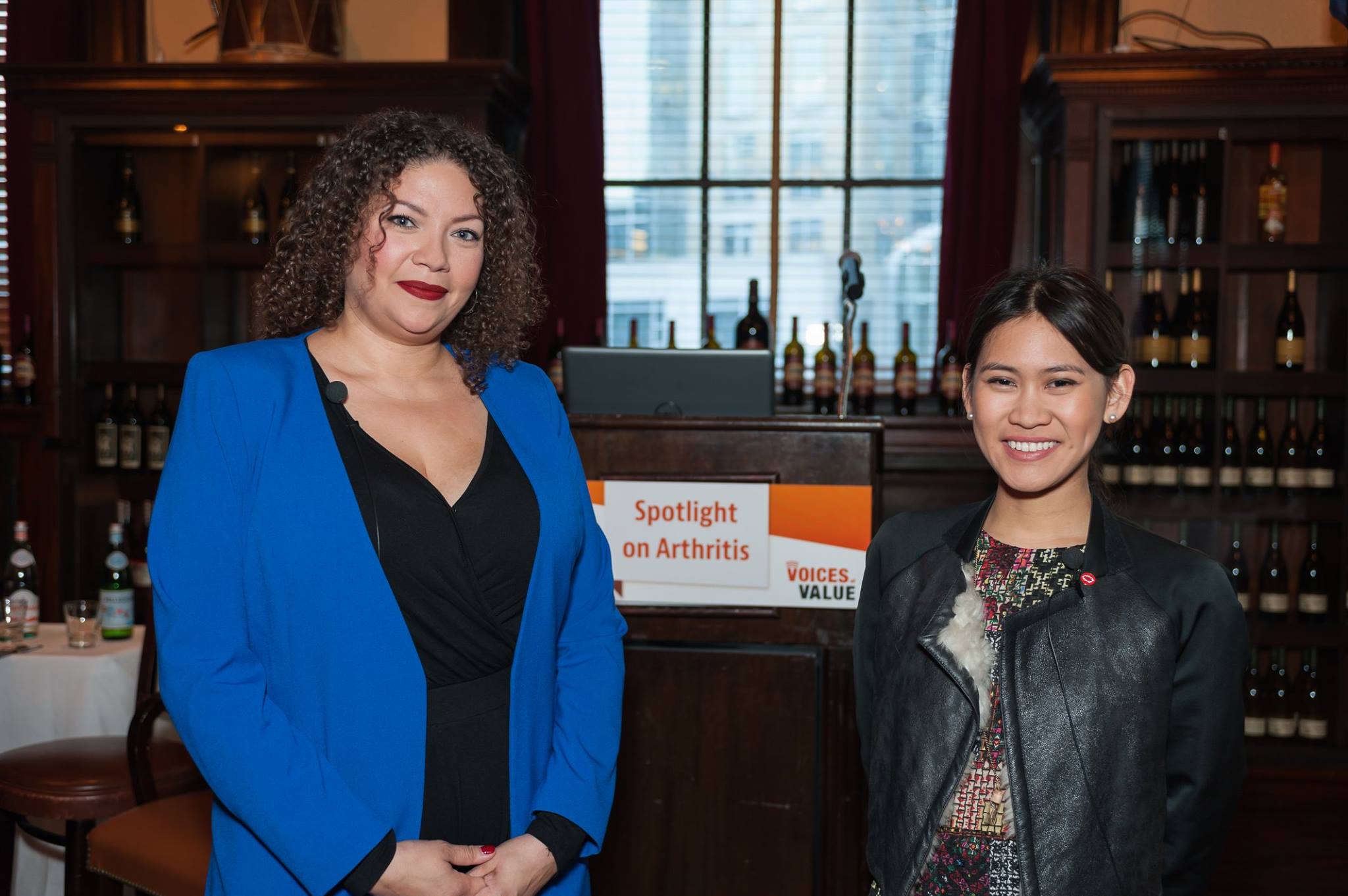 “With failing first, they give you Drugs A, B, and C. Not the one your doctor prescribes,” she explains of the process. “You have to fail on Drug A, which could take three to six months. Who know how long it’s going to take you to fail on it. Then after that one, you go to Drug B, and then Drug C.”

Insurance companies save money in the short-term, but not without inflicting substantial pain on patients and driving up the overall costs of health care.

“In all that time, you are either in worsening condition, in tons of pain, maybe unable to work, all kinds of different side effects from having to go through the fail first method,” she says. “It’s a waste of business. It’s a waste of money, too. It’s a big waste of life.”

Chantelle’s frustrations with her insurance company motivated her to become a patient advocate. Now, she has teamed up with the Global Healthy Living Foundation to teach other patients how to tap into the “sheer tenacity” that is needed to overcome insurance barriers to access.

“It’s very hard to be sick,” Sarah Aoanan, Chantelle’s advocacy partner and community outreach manager at the Global Healthy Living Foundation, reminds patients. “You have to go day-to-day doing everything that everyone else does, in addition to having a chronic illness. Sometimes, you just feel alone.”

When patients feel alone, Global Healthy Living Foundation and its sister organization, Creaky Joints, step in to provide patients with the training, guidance and emotional support to overcome barriers to access. On an annual basis, that means reviewing the fine print of insurance formularies to identify hidden changes in benefits.

“Every year, when the new formularies come out, they say, ‘We’re not going to cover your drug anymore,’” Chantelle says of the unending fight. “You purchase your insurance in the fall, and then in January, February they say, ‘No, I’m sorry, that’s off the list.’”

Advocates say that the problem is getting worse as insurance companies and pharmacy benefit managers more aggressively cut treatments from their prescription drug formularies with the help of the insurance industry-backed Institute for Clinical and Economic Review.

“They’re a big threat to patients,” Wilcox warns of the non-profit, which goes by the acronym ICER. “They are the foremost organizers of a concept called value frameworks, which seek to limit patient access to the right treatment.” 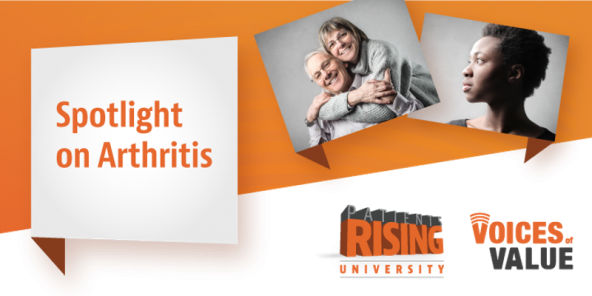 Instead of a doctor identifying the best treatment for each individual patient, value frameworks impose one-size, fits-all directives based on accounting spreadsheets, actuarial tables and computer algorithms. Patients that don’t fit the stereotype for a specific disease — say a younger patient living with arthritis– get stuck with the wrong arthritis treatment.

“ICER and other value frameworks leave out everything that makes life valuable,” worries Dr. Bob Goldberg, the co-founder and vice-president of the Center for Medicine in the Public Interest. “ICER legitimizes the status quo through a series of calculations that no one can ever reproduce. They want to save money at the expense of wellbeing.”

Medical providers, including Dr. Lopatin, are alarmed about the consequences of reducing a patient’s life to their economic output.

“A grandmother being able to get down on her knees to play with her grandchild. She’s not in the work force, but how do you measure that?” he asks. “An insurance company might say that doesn’t have enough value.”

Stacey Worthy, executive director of Aimed Alliance, believes that the solution lies with more patients speaking up and defining their worth.

“The only way that this is going to change is if there is a public outcry against what is going on,” she says. “Not from me, but from patients. I think what you’re doing with Patients Rising, what’s going on with Global Healthy Living Foundation, that’s the way that we get the word out.”