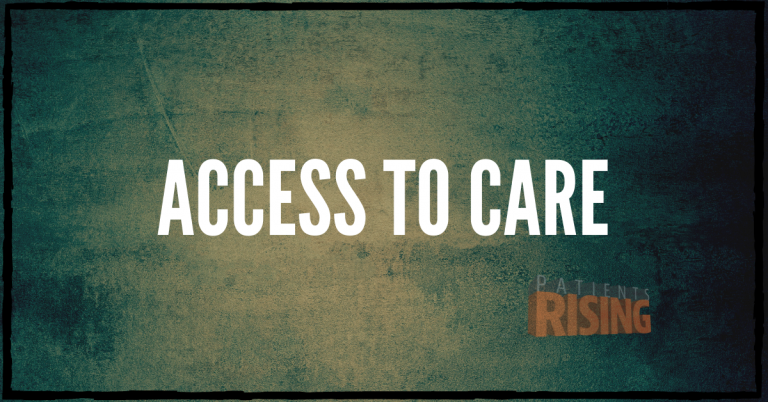 It’s a word you hear Patients Rising use a lot. But what do we mean when we use it? When we talk about access what we’re really talking about is…

If you have health insurance you may think you have access to quality healthcare, and in most cases you do, insurance can be a great thing. But there are lots of ways insurance interferes with ACCESS.

When your insurer insists you try Treatment B first because it’s cheaper, rather than approving Treatment A that you and your doctor agreed on. Example: like when Eileen was prescribed Botox for her migraine but her insurance insisted she try Topomax and an antidepressant first. She ended up stuck in a “fail-first” loop for two years before she even got access to the treatment her doctor prescribed.

an insurer demands justification from a doctor before covering something. This slows down access and in some cases makes people just ‘give in’ and not pursue tests/treatments.

High Out of Pocket costs:

You may have insurance, but

A ‘middleman’ between you and your drug coverage. PBMs negotiate lower drug prices with manufacturers but rarely pass savings on to customers. They can also tell insurers not to cover a drug, and in some cases that means a patient with a rare disease may not have access to the only treatment available for their disease.

When an insurer denies a treatment for any reason, it becomes the responsibility of the patient and doctor to appeal the decision. The time and effort that requires often makes people give up, and that’s by design. Appeals are more-often-than-not successful, but in Angie’s cases, the process took 337 days! Nearly a year without access to effective treatment.

Many times a patients finds themselves in need of some kind of specialist, like Justin or Catherine, both of whom needed mental health services. But their insurance didn’t have anyone, or if they did, they learned later that the specialists wouldn’t accept the insurance. There is often a serious lack of transparency about in-network services. 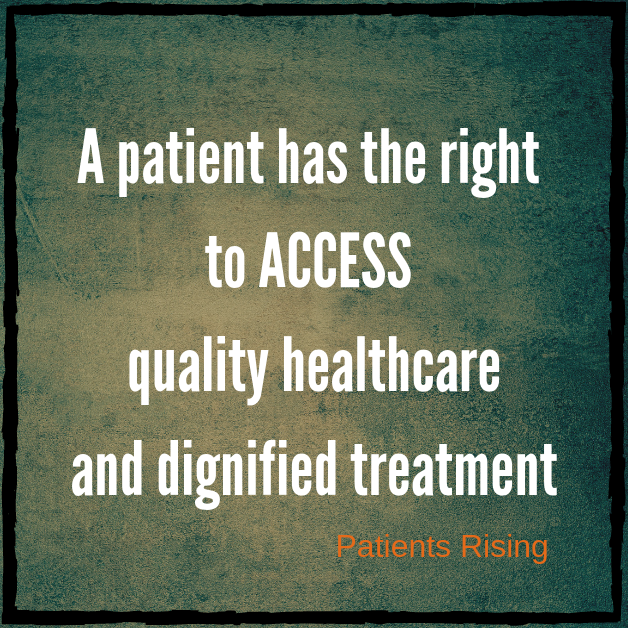 But there are other barriers between patients and the treatments they need.

when you have a disease that doesn’t have signs that can be measured by technology or tests, it takes doctors much longer to diagnose it and that means a much longer journey to finding an effective treatment. Time and lack of understanding become barriers to access. Like Amani who was diagnosed with fibromyalgia, an invisible and poorly understood condition with no clear path to treatment.

What if your doctor is far enough away that you need to take a half day to see them? That means missing work, cost of transportation, finding a sitter, or in more extreme cases, staying overnight in a hotel.

Certain conditions come with prejudices. Chronic pain patients like Anne or Michael, can’t get the treatment they need because of unfair practices put in place by legislators, driven by the stigma about people in pain being ‘drug seekers’.